Although he is currently the CEO of Freedom Tree Farms, a commercial wholesale nursery in Pelham, Tennessee, Matias comes from an investing and finance background. His finance background gave him excellent analytical skills, but he craved the day-to-day creative problem solving that comes with being a small business operator. After completing a finance internship during his MBA, he knew he was destined for something different. Then he found Chenmark.

Matias joined Chenmark through the Generalist Vice President program. He completed hands-on projects at HQ for just four months before he joined Seabreeze Property Services as CFO. At Seabreeze, Matias was a member of the senior leadership team, prepared monthly financials, examined potential tuck-in acquisitions, and secured financing for snow equipment among other duties. This experience helped prepare him for the opportunity to step into the CEO role at Freedom Tree when it was acquired by Chenmark in early 2022. 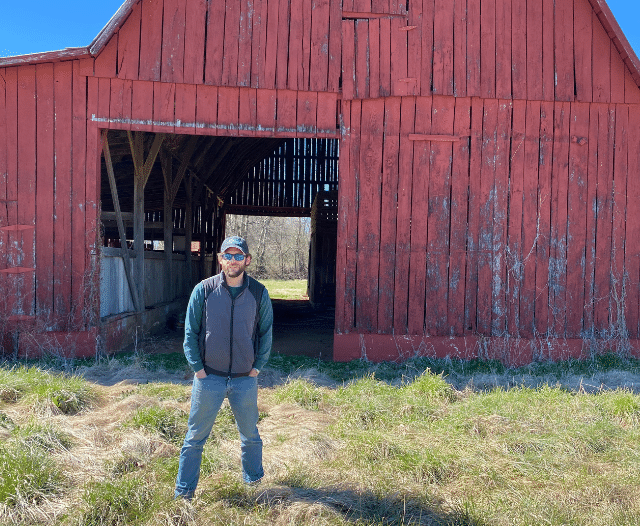 Matias was part of that acquisition process, working alongside Chenmark’s partners to close the sale. During the sale, Matias formed a great relationship with the former owner of Freedom Tree, who stayed on after the sale to serve as an advisor to the business.

“I learned a lot about how personal it is to run a small business from working with the former owner on the sale and now as an operator. She made it clear during the sales process that the money was never a real motivator for her. She was always concerned about ensuring a future for all the workers who she cared deeply about, as well as finding the right person to carry on the legacy of the farm she and her husband had worked so hard over the years to build.”

As Matias has started up as CEO, he’s grown into the role knowing he has Chenmark to support him in the transition as much as he needs.

“We don’t have much overhead at Freedom Tree. Our business model is pretty simple, at least for now. But, as time goes on and I learn more about where we need to grow and what support we need to make that growth happen, I know there is infrastructure at Chenmark that I can rely on. We had some initial tech re-configuration from Chenmark and now we’re off and running. In time, I know I will need to reach back out to the shared services team at Chenmark to talk about what’s next, and knowing I have that resource is really important and allows us to stay lean at Freedom Tree.”

As Matias prepared to run Freedom Tree, he spoke to CEOs of other Chenmark Operating Companies to learn about what made their transitions to the role successful. This led to Matias’s commitment to taking the time to learn the business he was running and to listen to the existing employees, before diving in to change the operations. Running a tree farm is new territory for Matias, but he’s taking time to learn from the people around him at his business before making big changes.

“None of us at Chenmark were farmers going into buying the nursery, but there are some employees here with 30+ years of experience. Every day I’m learning something different about what it takes to run this business. It’s a huge learning experience at the beginning. You can start by affecting pieces of the business that you feel comfortable affecting. If you don’t understand why an operation is managed a certain way, it’s important to take the time to learn about it and the reason behind it. Changing operations that you don’t understand can push you and your business in the wrong direction. Taking time to understand the ‘why’ of what we do and how we do it has been really important for me.”

Matias has been able to draw on his past experiences and time at Chenmark HQ to bring a long-term investor view to his role leading Freedom Tree Farms.

“When I stepped into the CEO role I tried to think like an investor at first. As an investor, when you buy into a business, you want to buy into it how it is, right? If you start doing things on your own without taking time to understand why they’re done, you’ll fundamentally change the business. We bought the business for a reason. If you invest in a business, you want to ensure that the investment that you’ve made doesn’t change just because there’s someone new managing it or overseeing things. From a return perspective, you solidify that by not doing anything substantially different. It’s a little hard to have that mindset when you first come in, but the most valuable thing I can do now is just learn and wait for the investment to play out and when you see a good opportunity to make improvements, do it quickly, thoroughly, and with conviction. As time goes on we will have to be more adaptive but for now it’s best to keep things stable.”