After years of owning and operating Benjamin Moore stores in the greater Calgary area, Rob Mueller was looking to spend more time in Kelowna, B.C., an area he’d been vacationing to for years. After a few conversations with the owner of the Benjamin Moore store in Kelowna, Rob decided that the time was right for a change, and in early 2011 sold his Calgary operation and made the move full-time to Kelowna to run his newest store.

What started as a one-store operation soon grew into two when he and his wife Gaia opened their West Kelowna branch in 2016 to keep up with growing demand. Their newly adopted home in the Okanagan has seen lots of growth over the past decade, as it’s continued to be a destination for tourists, second-homeowners, and retirees, who, like Rob and Gaia, are drawn to its natural beauty, access to the outdoors, and famed wine country. 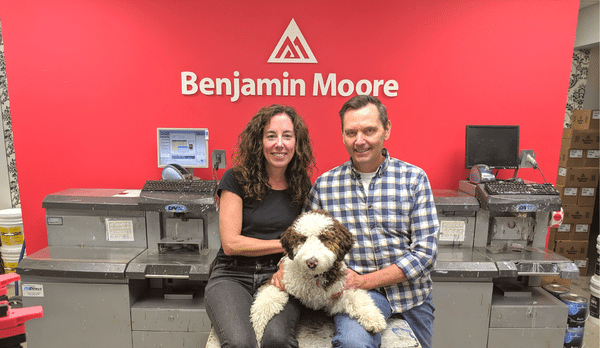 As the years went by, Rob and Gaia started thinking about the future, both for themselves as well as for their employees. They’d seen too many small business owners — in their industry as well as others — put off succession planning until it was too late. They did not want to be left without a plan when they wanted to retire, or in the worst case needing to retire due to reasons outside of their control. So, Rob and Gaia opted to take a more proactive approach and began planning for the future long before they actually thought they’d exit their business.

They sat down with a local financial advisor to begin drafting up an initial succession plan for their stores, with a planned timeline of five-to-ten years. It was during this initial conversation that their advisor brought up Chenmark. He mentioned that Chenmark had just a few years earlier purchased OK Frozen Dough, located just 35 minutes north of Rob & Gaia’s store in Kelowna. They learned that Chenmark also had local ties as Trish Higgins, a founding partner at Chenmark, grew up vacationing in the area before her family moved full-time from Vancouver to the Okanagan when she went to university. Figuring there’s never harm in a conversation, they asked for an introduction.

It was during this initial conversation with Trish and her husband, James, that Rob & Gaia started questioning their initial timeline of retiring in 5-10 years. After all, as Rob says, “It’s not every day someone comes along and wants to buy a paint store.”

“The one thing that struck us was how easy this whole process was,” said Gaia. “Chenmark was so easy to deal with that things began naturally moving quite quickly. In fact, at one point, after one of our conversations, we turned to each other and said, ‘Oh my god, we’re actually selling our business.’ We had always thought it would be much more of a process.” 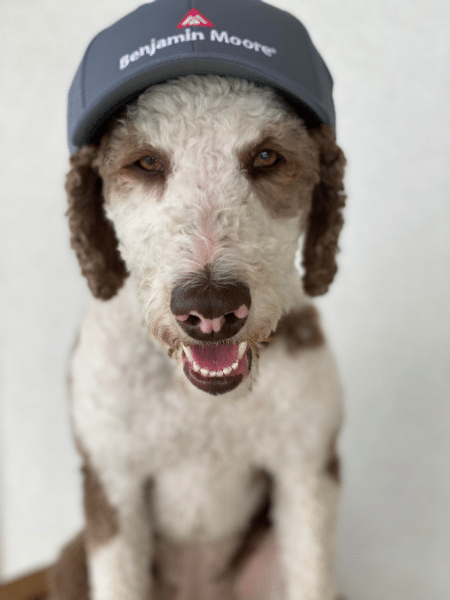 Now a year later, Rob and Gaia are happily settling into retired life, with no second thoughts about how it happened a few years ahead of their initial plans. They’re enjoying their newly-found free time and exploring the beautiful valley they call home.

“Now that we’re into our retirement, it really makes you realize that you’re replaceable, but in a good way. Initially, it was a bit tough because our identity in the community was so closely linked to being a part of these stores. It took some time to reimagine ourselves and figure out what our next chapter in life is going to be about. Now, however, we’re loving having the time back to walk the dog, not having to wake up at 4 a.m. anymore to get into the store, and enjoying more freedom in general.” – Gaia