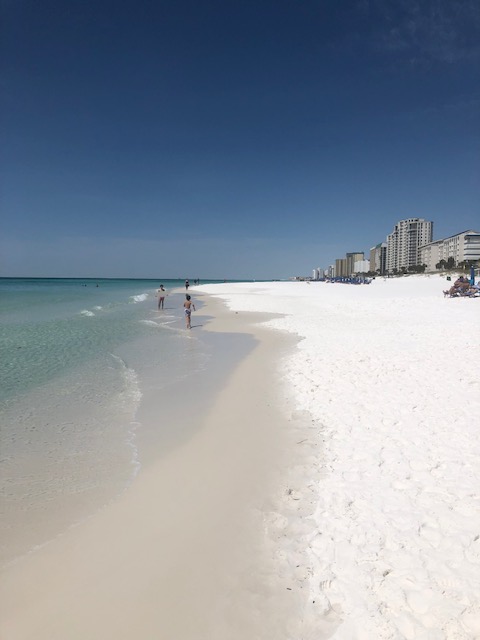 We recently read Little Black Stretchy Pants, Chip Wilson’s account of founding (and ultimately leaving) Lululemon.  We really enjoyed the book, mostly because it was fun to read the cutting, unfiltered account of internal corporate politics from a board-ousted billionaire founder.  While there were compelling cultural, investment, and corporate governance takeaways, we thought one tidbit was worth sharing with our readers.

When Chip was 10 years old, swimming was his extracurricular activity.  As Chip recounts, “although I had a naturally athletic build, I was a very mediocre swimmer overall. I hadn’t done anything spectacular in my age-group.”  This all changed in 1965, when his father asked him to try a new approach to racing.  From the book:

“In athletics in 1965, the prevailing theory of how to approach a race was to save your energy until the end and make sure you looked good at the finish line. ‘Let’s try something different,’ my dad said. ‘Why don’t you just go full out from the start, instead of saving it up and looking good at the finish? If you collapse or start to drown, I’ll come and get you right away, but instead of thinking it’s a 100-metre race, think of it more like it’s 25 metres. Just a one-length sprint and take it one length at a time and go for it.’

I went with his theory and ended up breaking a Canadian record, finishing the race eight or nine seconds below my previous time. We had to do the race again the next day because the officials thought it had been a mistake with the clock, but I did it the same way again, and it worked just as well the second time.”

Since one of Chenmark’s core values is playing the long game, we are conditioned to think of challenges as a marathon, not a sprint, so sharing this story may seem odd to our long-time readers.  That said, Chip’s takeaway from this experience resonates:

“As I look back at my life now, I realize this event focused in me a new way of thinking. I’ve long noticed how most people never give 100 percent in their relationships, business, or commitments. Personally, I’ve always been afraid of failing because I haven’t given something 100 percent.  I’ve been fearful of someday lying on my deathbed, thinking, ‘God, if I’d just gone for it, would it have been successful?’ I think I owe this mindset to that one moment at age ten when my dad gave me his ‘poolside theory’.”

We can’t recall a specific “poolside theory” moment, but we do know that when we decide to do something we have no trouble committing 100 percent.  We are intense people and we don’t dabble in trivialities.  We understand that this often comes across as odd to people who don’t know us and also makes us particularly terrible at cocktail party chitchat.  But we’re OK with the trade-offs, because we know that if we’re going to do something, we’re going to do it All The Way (Up).