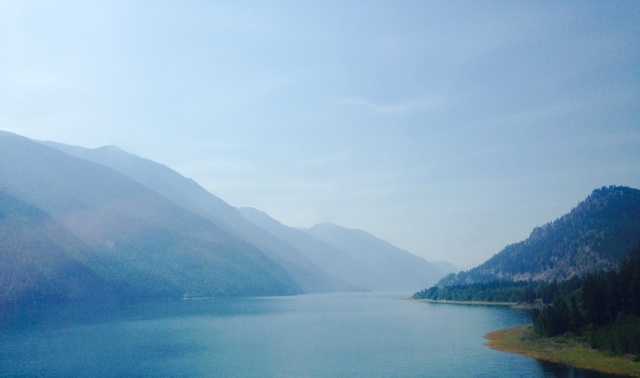 This week we spent time reading about Balchem Corporation which, despite its low profile, boasts the best long term performance record of any US public stock. According to the Wall Street Journal, Balchem equity has returned 107,099% since 1985, which implies a compound annual growth rate of 26.2% sustained over a thirty year period, compared to 10.3% for the S&P 500. Digging deeper, Balchem is first among a select group of stocks which have produced returns of 10,000% or more over the last 30 years, a group that includes more household names such as Apple, Home Depot, and UnitedHealth.

We are fascinated by this outperformance, not only due to its magnitude, but also due to its degree of under-reporting. Given the myopic focus of the news cycle on one day returns — LinkedIn is down 40% on a guidance miss, SoftBank is up 15% on a buyback announcement — it is ironic that the persistence of outperformance is a far bigger contributor to long term wealth creation than the magnitude of a single period result. In the same way that the truly great athletes distinguish themselves by their consistency over several seasons (ahem, Tom Brady…), we believe the best companies can only demonstrate differentiation with the benefit of time.

More importantly, from an investment perspective, we were interested to discover that these select companies produced sky high returns despite (or perhaps on account of) having to endure significant drawdowns in their businesses and share prices. From the Wall Street Journal:

“Perhaps the most notable thing they share, says David Salem, chief investment officer at Windhorse Capital Management in Boston, is that ‘they have all undergone at least one near-death experience.’ Apple’s stock fell by 79.6% between 1992 and 1997 and ultimately underperformed the S&P 500 by a staggering 771 percentage points. ‘Just think about that minus-771 number,’ says Mr. Salem. ‘There are no investment professionals in the world who bought Apple 30 years ago and held it continuously ever since — except liars.'”

To us, studying the history of these stocks is important because it can inform the way we structure our own investments. First, acknowledging the importance of consistency, we can concentrate on only those opportunities where our confidence in the durability of the return profile is highest. Second, while predicting the timing is difficult, we can forecast with near certainty that a few of our portfolio companies will experience meaningful and perhaps existential crises at some point in the future. We must therefore orient the operations and capital structure of these companies to be able to withstand such stress in order to take advantage of whatever opportunities may lie on the other side. We believe we optimize our own chances of success if we create an investment platform that deliberately maximizes the potential for long term compounding, and we seek to partner with stakeholders who believe the same.

In 1923, Leo Gerstenzang saw his wife pierce a cotton ball with a toothpick and use the resulting tool to delicately clean their baby. It was the aha moment that gave birth to the then named Q-Tip Baby Gay. First marketed as a sterile baby care product (they were originally dipped in boric acid), Q-Tips have been, and remain, a dominant brand in personal care, with estimated US sales of $208 million in 2014, up from $190 million in 2005. Based on an average price per Q-Tip (~0.6 cents), that equates to almost 35 billion Q-Tips used annually. That’s a big number, but what’s more shocking is how the majority of them are used. As a recent Washington Post Wonkblog article puts it, “Q-tips are one of the only, if not the only, major consumer products whose main purpose is precisely the one the manufacturer explicitly warns against.”

If you think that can’t be, take a look at the box in your bathroom (we know you have one), and you will see something like this: “Warning: Do not insert inside the ear canal. If used to clean ears, stroke swab gently around the outer surface of the ear only.” While original packaging did advertise Q-Tip use “For Adult Ear Care,” the warning has been around for almost 50 years, and Q-Tip sales have grown steadily the whole time.

Maybe you’ve never read the label, or maybe you have, but didn’t care. Either way, if you clean your ears with Q-Tips you are more likely to become one of the roughly 12 million Americans who go to the doctor with “impacted or excessive cerumen [earwax]” each year. As Dennis Fitzgerald, an otolaryngologist [ear, nose, and throat doctor] in D.C., puts it, “Everyone puts them inside their ears, but no one should. They’re one of most common contributors to ear problems.” In fact, according to a 2011 study by the Henry Ford Hospital, 50% of otolaryngology patients admit to using cotton swabs to clean their ears.

The manufacturer warns against it, and doctors urge you never to use them again, yet millions of American’s either can’t or won’t let go of their Q-Tips. What’s going on?

From a physiological standpoint there are two reasons it is hard to kick the Q-Tip habit. The first is something called the itch-scratch cycle. It is a self-perpetuating urge where using Q-Tips removes wax and dries out the ear, which causes the ear to itch more, thus restarting the vicious cycle. The second is that it just feels too good: “Our ears are filled with sensitive nerve endings, which send signals to various other parts of our bodies. Tickling their insides triggers all sorts of visceral pleasure.” Perhaps more important to the stickiness of Q-Tips is the powerful inertia of the social norm that has built up around their use. Earwax has developed a stigma, and its existence in the ear, while biologically helpful, can be considered gross or even dirty.

At Chenmark, we make a point to try to challenge the status quo whenever and wherever we can. We have long since stopped using Q-Tips ourselves, but reading about their history this week has been a good reminder that seemingly innocuous or mainstream practices can be entirely wrong. Just because someone else is doing it doesn’t mean it’s the right thing to do. This is a lesson we all learned in middle school from our parents when we tried to convince them to let us do something our friends were doing. Apparently, it is a lesson we are still trying to learn today.

Based on our weekly reading, it seems we were the only people not in attendance at the Vancouver TED Conference last week. However, in going over conference reviews we learned that the dynamics behind the popularity of these events have parallels with the 19th century lyceum movement.

Essentially an extremely popular lecture circuit, lyceums were hosted by local urban and rural civic institutions across the country. Popular speakers — including Ralph Waldo Emerson, Henry David Thoreau, and Mark Twain — traveled from city to city, delivering lectures on a broad range of topics to local audiences. While many lectures were religion based, other major subjects included observations in science, technology, and cultural progress. In fact, Tom Wright, lecturer at the University of Sussex and editor of The Cosmopolitan Lyceum, noted that the circuit was the “information superhighway of the 1840s and 50s” and “one of the chief means by which scientific discoveries could reach the public.” By its peak in the mid 1800’s, lyceums were the center of American cultural intellectualism, attracting as many as one million Americans per week.

Readers will see the parallels between the lyceum movement and TED talks. Over the past two decades, TED’s ability to consistently curate intellectually appealing content enabled it to become a cultural and intellectual force. Of course, TED’s beauty is in its technology enabled reach: While annual conference tickets were $8,500 and required attendees to apply for spots, the lectures — 18 minute videos about science, technology, education and design — can be viewed online for free, reaching millions of viewers across the globe.

In its simplest form, lyceums and TED are both providers of broadly accessible informal education based on the belief that idea sharing can catalyze social and personal improvement. While TED uses technology to share ideas, lyceums were possibly more radical (for their time) in their approach to information sharing. The New Orleans Lyceum explained: “No one was barred from membership. Membership dues were very inexpensive and women and people of color were admitted. It was a place in which the entire community could gather to discuss new ideas and build consensus about local issues.”

There are also strong social identity aspects to both movements. Just as we felt a pang of FOMO when reading glowing reports about last week’s TED conference, it’s likely that our 19th century counterparts had similar emotional responses when missing the lyceum. Schulson again:

“…there’s the pairing of identity with the consumption of big ideas. People didn’t go to the lyceum to learn facts about mummies and steam engines that would help them become better shopkeepers. They went to lyceum talks to participate in a culture of ideas. They went to see and to be seen, and to perform their middle-class-ness, just as attendance at a TED or TEDx conference, or association with that brand, signals membership in the creative class.”

For us, the similarities between the lyceum movement and TED talks are a reminder that networks dedicated to the exchange of big ideas and universal improvement can be immensely powerful and timeless. As we continue to scale, we plan to use these examples to build a similar collaborative platform within our own small business network, with the hope that the whole of everyone’s experience and insights will be greater than the sum of the parts.