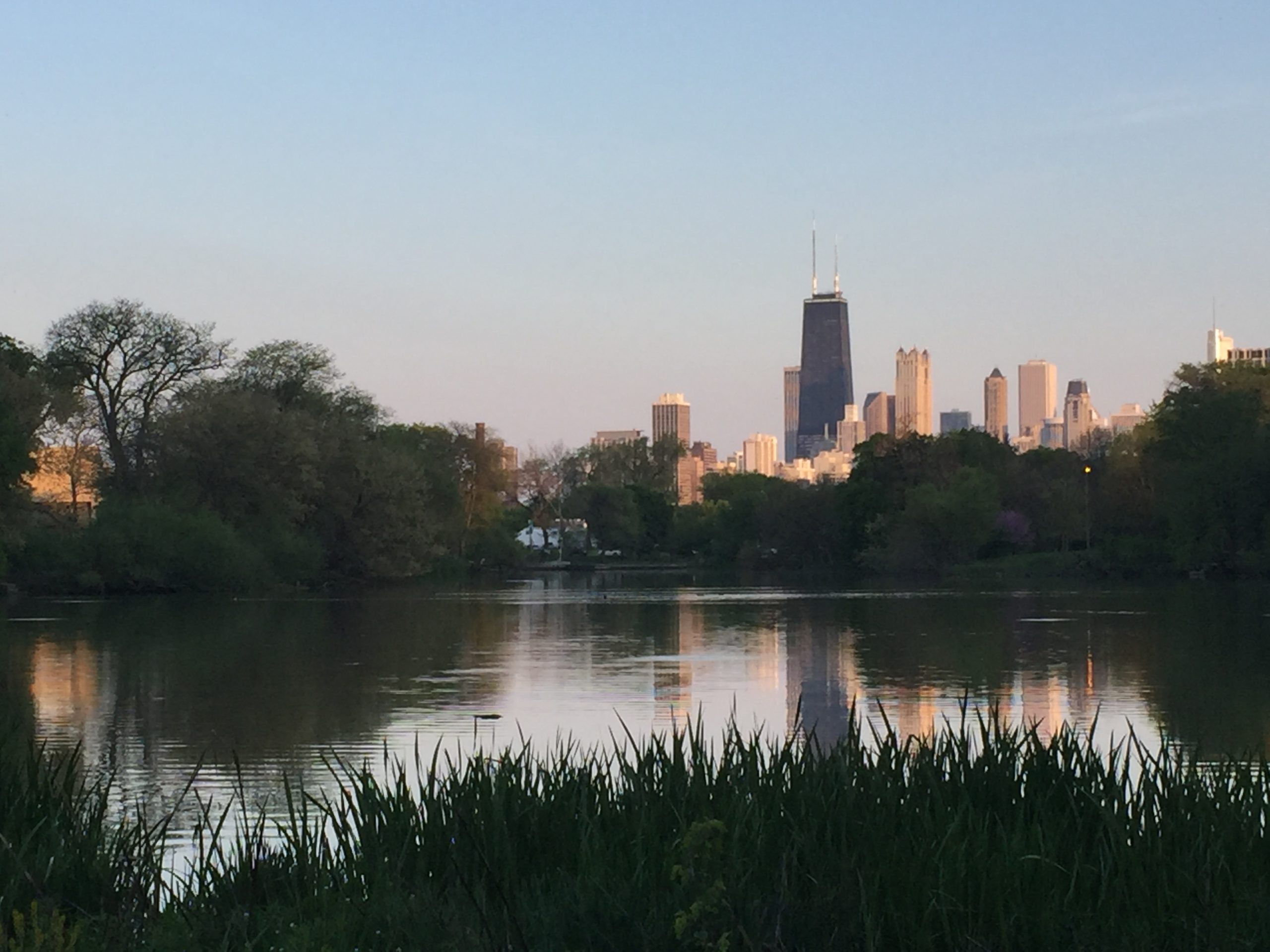 Weekly Thoughts: Birth of a Salesman, YouTubers and Illiquidity

The Birth of a Salesman

This week, we learned about HBS professor Walter Friedman’s book, Birth of a Salesman, which follows the evolution of modern sales management. Prior to reading about this subject, we took for granted the existence of professional sales departments, sales quotas, and the common sales lexicon of “prospects” and “territories.”

The institutionalization of sales largely emerged over the past 150 years, with the rise of the concept of salesmanship paralleling the rise of mass production in America. Prior to this, sales efforts were unorganized, consisting mostly of traveling peddlers and peddling networks operating at the fringes of society. This all changed with the sheer scale of American firms that came into existence in the late nineteenth and early twentieth centuries. Corporate behemoths such as Eastman Kodak, Westinghouse Electric, Carnegie Steel, Coca-Cola, General Electric, Wrigley’s Chewing Gum and Pepsico produced such a tremendous volume of goods that they needed large scale, organized sales efforts to create demand for their products. These companies recognized that a well-trained sales force could push customers to purchase products and services — particularly new items — that the customer might not otherwise buy. To do this at scale, they developed many of the modern sales techniques that we take for granted today. From a Harvard Business School Working Knowledge interview with Friedman:

“For the average salesman, used to traveling more or less on his own (and at that time, almost all were male), this meant a number of changes. Now his routes were planned, his customers evaluated before his departure, and he recorded his every move in sales reports and receipts. Sales managers at large corporations assigned salesmen specific territories and gave them monthly or weekly quotas to meet. They aimed to make salesmanship uniform and predictable, and capable of being taught to new recruits. They often even instructed salesmen how to stand while talking with a customer, or how to hand over the pen at ‘closing.'”

The institutionalization of sales had an indelible impact on the American economy. The academic fields of marketing, consumer behavior, and industrial psychology emerged largely due to the prominence of corporate sales forces. Trade journals and industry specific magazines became commonplace due to their role supporting the growing number of people in sales. From a literary standpoint, Dale Carnegie’s 1936 sales manifesto, How to Win Friends and Influence People, remains one of the most popular self-help books of all time.

Today, people in sales occupations make up almost 12% of the total employed workforce in America. Iconic manufacturing companies such as Coca-Cola, Johnson & Johnson, Pfizer, and IBM all still have large scale sales forces (Microsoft alone has a sales and marketing force of over 50,000 people!). These are not just low-end jobs either. Experience in sales is seen as leadership training, as 20% of today’s Fortune 500 CEOs started their career in sales.

While some may find this type of history mundane, we find inspiration in the stories behind the current status-quo. At one point, those responsible for the development of institutionalized sales forces were considered pioneers, at the forefronts of their industry, with no way to understand how their efforts would ultimately change the trajectory of American business, academics, and culture.

Have you heard of Joey Graceffa, Hecox and Anthony Padilla, Bethany Mota, Felix Kjellberg, or Zoe Sugg? Unless you are a teenager (or parent of a teenager), probably not. That’s because all of these people are YouTube celebrities.

Although the company hosts many videos from traditional media, the original content produced by these “celebrities” is one of YouTube’s most valuable possessions. That’s because YouTubers are able to attract, engage, and retain the coveted 18-to-49 year old demographic, by far the most desired by advertisers. As a result, YouTube, which is owned by Google, now reaches more of this demographic than any cable network. The FT helps explain their appeal:

“Rich Greenfield, an analyst at BTIG, a brokerage, described his amazement at seeing a hundred kids dressed in unicorn outfits at VidCon following their favourite star Mr Graceffa. Unlike with regular television, YouTubers’ fans feel like they know them personally, sometimes asking for deeply personal advice.

“’The stars are engaging the consumer in a way that they have never been engaged on TV, there’s an intimacy and a relationship across platforms that makes viewers feel connected to these people,’ he says.”

Thanks to this engagement, YouTube is flourishing. In 2014, the company had $4 billion in revenues, 1 billion users, and saw site hours watched and the number of advertisers increase 60% and 40%, respectively. Its stars also do well, receiving a share of advertising revenue and often signing independent brand promotion contracts. Those dollars can add up to staggering amounts. In 2013, Felix Kjellberg — the video game reviewer who operates under the screen name “Pewdiepie” — made an estimated $12 million. Zoe Sugg, the beauty and fashion blogger, leveraged her subscriber base to become the UK’s best-selling debut novelist. Her novel, Girl Online, sold more first week copies than J.K. Rowling!

As we’ve read more about the underappreciated world of YouTubers, we have found endless examples of niche celebrities who are able to provide, and monetize, value-added content to their targeted subscriber base. These stories remind us that while it is easy to disregard — and even condescend — non-traditional career paths, it can pay to keep an open mind.

While a portion of the decline has been recovered, this week’s sell-off in global equity markets was stunning in its violence, if not in its ultimate magnitude. Measured in relationship to the prevailing trend and volatility conditions, a decline of this speed has not been seen in 75 years. Moreover, the absence of a strong fundamental justification for the decline — Chinese concerns notwithstanding, domestic unemployment remains low and the most recent GDP print handily beat expectations — has left many market observers looking for an explanation within market structure itself.

The majority of the blame thus far has centered on trading halts and the relationship of ETFs to the underlying basket of stocks each is meant to represent. When some of these stocks get halted but the associated ETF can still trade, massive dislocations can result. For instance, the Guggenheim Equal Weight S&P 500 ETF (Ticker: RSP) traded at $50 when the fair value of the underlying index didn’t fall below $71. As the Wall Street Journal noted:

“When the market sold off in the first six minutes of trading, many stocks were halted after triggering circuit breakers, including stocks that are included in popular exchange-traded funds. Because this happened so quickly, many ETF market makers, or the broker-dealers who buy and sell those products, were unable to accurately calculate the value of the underlying holdings or properly hedge their trades. That caused them to lowball their buy offers and overprice their sell orders to ensure they didn’t take on too much risk. This sent ETF market values tumbling, too, and caused disruptions in the trading of other assets.”

Investors who approach the market from a fundamental perspective noted the prevalence of these dislocations on Monday morning and cited them as an indication that market liquidity is an illusion. On the other hand, more price insensitive actors like Commodity Trading Advisors, High Frequency Trading firms, and other algorithmic investors note that ETFs remaining open for trading (albeit at irrational prices) meant that net liquidity was added to the market because investors retained the option to trade.

Ultimately the entire episode is a reminder that liquidity in any market is a function of both time and price. In a great BloombergView article on the topic, Matt Levine notes:

“Traditionally, what we talk about when we talk about ‘liquidity’ is something like ‘a market’s ability to facilitate the purchase/sale of an asset without causing a change in the asset’s price….’

…there are two ways for illiquidity to manifest itself: gradually, and suddenly. The sudden form of illiquidity puts the emphasis on ‘without causing a change in the asset’s price’: If you want to sell your stock, and you sell it a second after you make that decision, but it’s down 20 percent from where it was two minutes ago, you could plausibly complain about illiquidity…’

…The gradual form of illiquidity, on the other hand, puts the emphasis on ‘ability to facilitate the purchase/sale.’ If you want to sell your bonds, and you can’t sell at a price that you’re willing to accept, then you might also complain about illiquidity. But in this case the observed price of the bonds wouldn’t change at all. One day you had bonds that last traded at $100. The next day you still have bonds that last traded at $100. Because you sat around waiting for Godot to come buy your bonds, but they never traded.”

We would argue that most people think about the later scenario when contemplating the notion of illiquidity. To be sure, we frequently reference this type of illiquidity as a source of excess return we hope to earn by buying private operating businesses. On the other hand, we suspect many people invest in the stock market without understanding that the former scenario, that of sudden, discreet jumps in price, is consistently present. While a single share of stock does represent the fractional ownership of an underlying business that can be analyzed, when investing in public markets, one implicitly takes the risk that other players may view the world differently and may be interested in trading for reasons that have nothing to do with that business at all. For this reason, we choose to own cash flow directly and to the extent we participate in public markets, we do so using strategies that fully take into account the potential “irrationality” of all the actors involved.