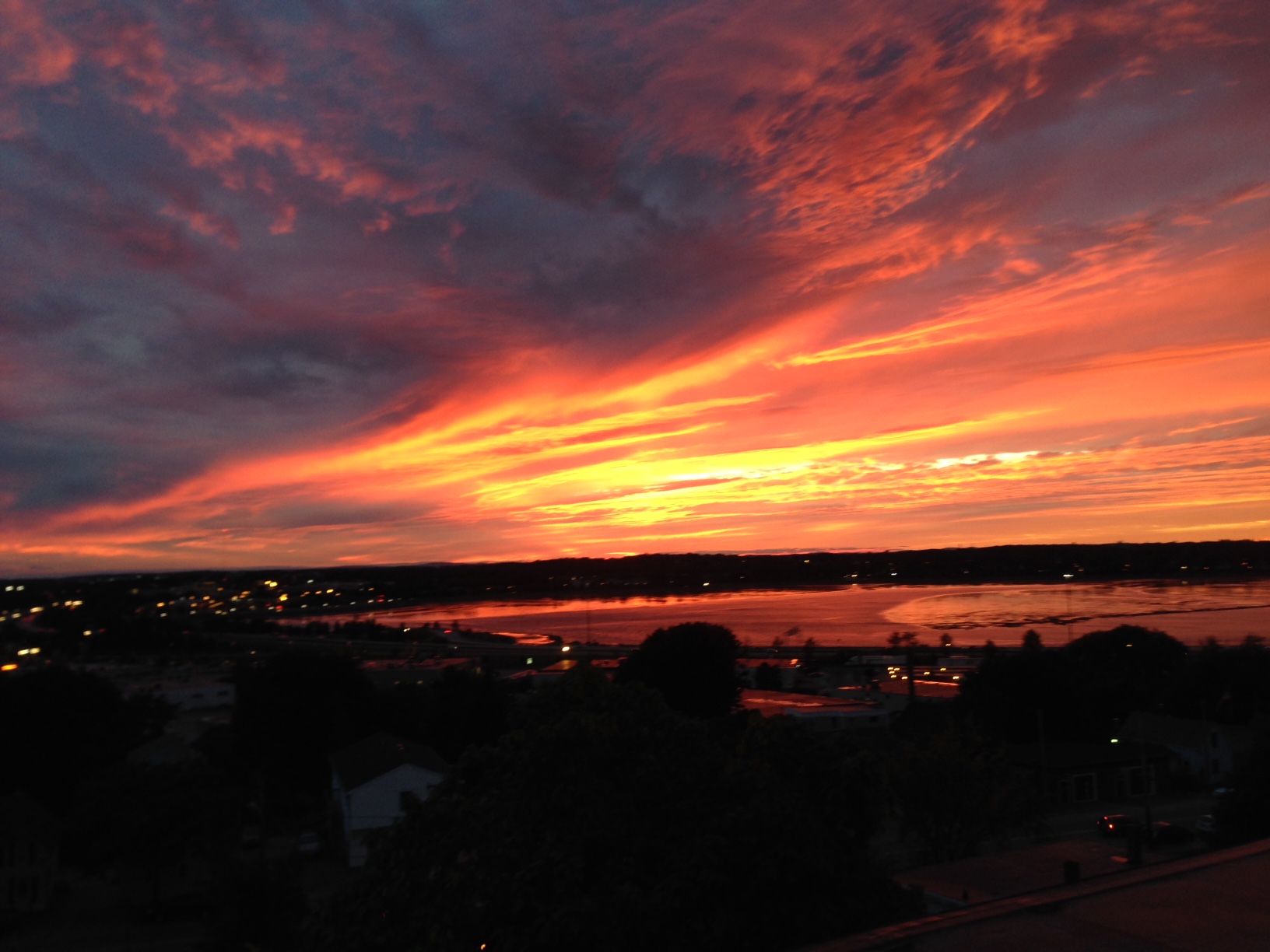 Weekly Thoughts: Bright College Years?, The Grind and Being Right

Among the most fascinating aspects of meeting small business owners all over the country is the radical re-evaluation of higher education we have been forced to undergo. From Charleston to Reno, everyone we have met has achieved an impressive degree of occupational success. However, while we haven’t kept precise data, we estimate that only half of the business owners we meet have college educations. As a result, we have spent a lot of time recently reading and thinking about the value proposition and future of education generally.

To us, it was a given that we would pursue education through the undergraduate and potentially even the graduate level. Questions surrounding college usually focused on which school one would attend rather than whether one would attend at all, or what the value of such attendance might be.

It turns out there are worthwhile quantitative and qualitative answers to these questions. Simplistically, college produces, on average, a 7.5% IRR across the lifetime of a graduate according to the website Payscale, which publishes detailed annual data that ranks universities by their return on investment. More fundamentally, people go to college for two reasons. The first is to develop skills that will allow for greater and more remunerative occupational opportunity. From a recent New Yorker article:

“No idea has had more influence on education policy than the notion that colleges teach their students specific, marketable skills, which they can use to get a good job. Economists refer to this as the ‘human capital’ theory of education, and for the past twenty or thirty years it has gone largely unchallenged. If you’ve completed a two-year associate’s degree, you’ve got more ‘human capital’ than a high-school graduate. And if you’ve completed a four-year bachelor’s degree you’ve got more ‘human capital’ than someone who attended a community college. Once you enter the labor market, the theory says, you will be rewarded with a better job, brighter career prospects, and higher wages.”

The second reason for attending college is for signalling value. In a world where HR departments and social networks filter people on basic criteria, having a B.A., and even a B.A. from a specific school, is essential. At the highest levels, both the human capital and signalling benefit of higher education has never been more highly valued. If you can find a way to graduate from Stanford with a computer science degree, you likely don’t have much to worry about.

The problem is that for the average student, both of these theories are slightly broken at the moment. As college attendance has gone up, the signalling effect of a degree has been muted (if everyone is special, no one is), and just this week Deloitte announced that they would stop evaluating applicants based on the school they attended. Moreover, according to data from the Federal Reserve Banks of New York and Cleveland, over the last decade, average earnings for college graduates have decreased slightly for the first time since 1970. In fact, the ROI as calculated by Payscale is actually negative for a large number of universities. Again from the New Yorker:

“‘The big news about the payoff from college should be the incredible variation in it across colleges,’ Cappelli writes. ‘Looking at the actual return on the costs of attending college, careful analyses suggest that the payoff from many college programs—as much as one in four—is actually negative. Incredibly, the schools seem to add nothing to the market value of the students.'”

There have been plenty of references in recent years to a higher education bubble, and there does seem to be some truth to the idea that the industry will have to change in the future as students begin to understand the benefits and costs associated with higher learning. As employers, our biggest take away is that we need to take an active role in identifying, promoting, and, in some cases, even creating educational opportunities that will prepare our future employees for the demands of the modern workforce, even if those opportunities exist outside of the traditional educational landscape. After all, if our experience has taught us anything, it is that business success has as much to do with the character of the individual as it does with type of diploma on his or her wall.

Prior to embarking on our current professional venture, we had heard many times that deal making is equal parts art and science. This stance is confirmed by many best-selling negotiation books like Getting to Yes, The Art of Negotiation and Negotiation Genius, which tell us to focus on “non-adversarial bargaining by separating the people from the problem” or that “master negotia­tors thrive in the face of chaos and uncertainty. They don’t trap themselves with rigid plans. Instead they understand negotiation as a process of exploration that demands ongoing learning, adapting, and influencing. Their agility enables them to reach agreement when others would be stalemated.”

While all this reading certainly provided a useful source of information from which to draw during our own negotiations, we still experienced many highs and lows on the path to closing our first deal. However, the most unexpected friction point — something never mentioned in these best-selling books — was the sheer emotional endurance required to persist throughout the deal making process.

During periods of conflict, the chances of reaching a mutually agreeable compromise would seem impossible. Faced with a deal that could fall apart for seemingly inconsequential reasons, and despite best efforts to remain rational and level-headed, emotions would flare.

In these moments of angst and anger, we were surprised to experience strong flashbacks to our ultra long-distance running days. Let us explain. When running an ultramarathon, it is very common to experience extreme physical and emotional highs and lows. During the high points, the runner will feel invincible, filled with energy and confidence. However, at some point, the runner knows she will experience an extreme low, during which taking even the smallest step forward requires vast amounts of emotional and physical energy. As the sheer prospect of covering the miles ahead seems insurmountable, the runner will approach her psychological breaking point.

When we first started ultra-running we had many embarrassingly unsuccessful races where we were unable to make it through the low points. Eventually, however, we learned that the key to ultra-running is anticipating and managing the lows. The successful endurance runner knows — with certainty — that at some point during a race, she will feel like quitting. As a result, when the race gets tough, the runner knows that this is simply part of the process, and that if she can just grind it out, the low period will eventually pass. Over time, the successful runner learns to embrace — even thrive — in the grind. Dean Karnazes, a decorated ultramarathon runner whose accomplishments include amazing feats such as running 350 miles in 80 hours without any sleep, echoed this sentiment in his cult classic book Ultramarathon Man: Confessions of an All-Night Runner:

“People think I’m crazy to put myself through such torture, though I would argue otherwise. Somewhere along the line we seem to have confused comfort with happiness. Dostoyevsky had it right: ‘Suffering is the sole origin of consciousness.’ Never are my senses more engaged than when the pain sets in. There is a magic in misery.”

For us, physical endurance training unexpectedly enabled us to develop emotional endurance. It taught us the beauty of embracing the grind, wherever it may lie. Upon reflection, despite the plethora of expert “negotiation” and “deal-making” books on our bedside table, the attributes learned during the long hours out on backwood trails was likely the most important factor in getting our first deal to the finish line. While we still have plenty of room for improvement, we are starting to understand that managing psychological lows — in running or deal-making — is simply part of the process of accomplishing our goals, and in fact, is what makes our goals accomplishments.

The Art of Negotiation, Negotiation Genius, Getting to Yes, Ultramarathon Man

We are always on the lookout for pearls of wisdom from business leaders we admire. This week, we came a across a Medium article in which the author shared some insights from Jeff Bezos about people who “are right a lot.” From the article:

“He said people who were right a lot of the time were people who often changed their minds. He doesn’t think consistency of thought is a particularly positive trait. It’s perfectly healthy  — encouraged, even —  to have an idea tomorrow that contradicted your idea today.”

It is easy to see how the CEO of a dominant internet retailer would value flexible thinking. The dynamism of the global economy requires adaptability at a moment’s notice. However, we have found that such practices can be useful on a smaller scale as well. While the process is never perfect, we have often tried to deliberately approach an investment target from a positive perspective one day and from a negative one the next. If you convince yourself to do a deal on a Monday and then convince yourself not to do it on a Tuesday, by Wednesday you’ll ideally have a good sense of the right way to move forward. So far we feel this process has kept us balanced and has helped identify gaps in our thinking. Time will tell if this makes us “more right.”