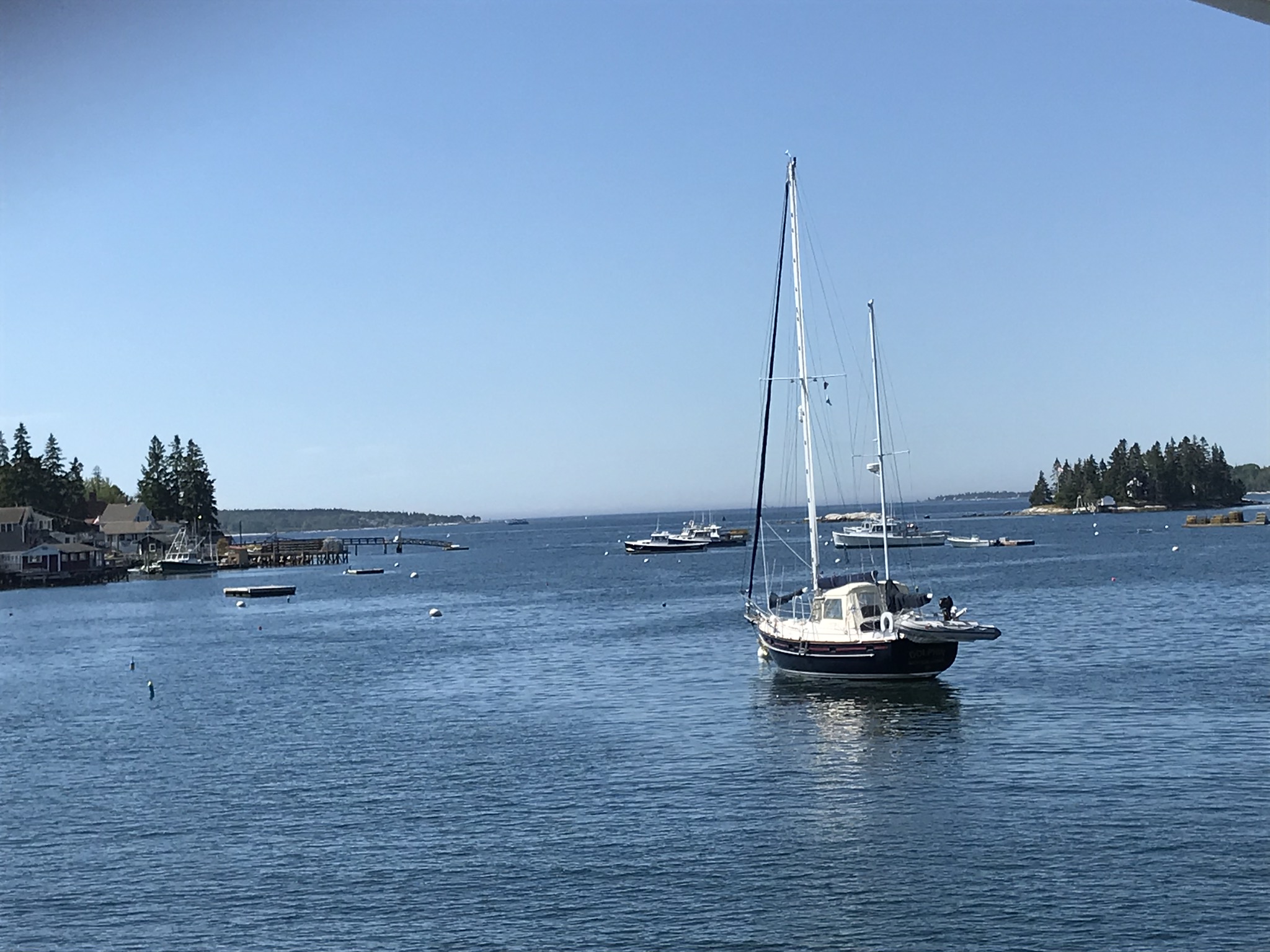 While most financial-minded people like to focus on specific data points to understand businesses, the reality is that corporations are fluid, dynamic ventures. Performance snapshots can be incredibly useful tools, but we understand that good business requires continuous evolution in both leadership and operational capabilities.

In a recent Tim Ferriss podcast, Reid Hoffman — Founder of LinkedIn and the so-called “Oracle of Silicon Valley” due to his venture capital prowess — addresses this challenge as it relates to the changing leadership qualities associated with corporate growth. Hoffman believes that different management approaches suit different company sizes, and that failing to adjust these approaches in lockstep with growth is a recipe for disaster.

For Hoffman, small business (1-100 people) CEOs should be in the trenches, as they are primarily responsible for building a strong team that can work as a cohesive unit on a limited scope of issues. In mid-sized companies (100-1,000 people), CEOs should spend the majority of their time establishing processes that allow the company to scale. To do this effectively, these leaders should set corporate priorities and focus on how to train employees to attain these goals. In large companies (1,000+), CEOs should focus on strategy and culture, and spend most of their time recruiting, training, and empowering employees to meet a specific subset of corporate goals. Overall, Hoffman notes that to successfully navigate the changing leadership demands associated with a growing business, leaders must be able to change their personal management style, be willing to give up decision making power to subordinates, and surround themselves with talented co-workers who fill in the gaps.

From an operational standpoint, Hiroshi Mikitani, founder and CEO of Rakuten, a multi-billion dollar Japanese e-commerce conglomerate, shares Hoffman’s sentiment regarding the changing needs of growing businesses. Mikitani abides by “The Rule of 3 and 10,” which means that every time a company roughly triples in size (i.e. 3 to 10 people or 300 to 1,000 people), “everything breaks.” As a result, everything about the company should be evaluated, from organizational structures and basic operational processes to budgets, payroll, and talent reviews. While in the short-term, this can be a cumbersome process, over the long term, Mikitani believes this is the only way to effectively scale a company while maintaining quality, efficiency, and culture.

While it may be obvious that the skill sets and processes needed to manage a start-up are entirely different from those required to manage a Fortune 500 company, the reality is that leadership capabilities and operational processes must continuously adapt to changing business needs, regardless of size. As we progress with our ventures, we expect that managing the challenges associated with the evolving leadership and operational needs of our businesses will account for a significant portion of our time.

This week we stumbled upon a few articles which highlighted the potential benefits of stupidity. While most people (ourselves included) intuitively grasp the concept that understanding and effectiveness in any field are strongly correlated with the amount of knowledge one is able to acquire on the topic, there are exceptions to this rule, particularly when considering innovative and creative processes. Natalie Portman, for example, noted in her 2015 Harvard University Commencement Speech that her complete ignorance has lead to some of her best work as an actress either because she didn’t realize the extent of the challenge she was taking on, or because she wasn’t burdened by a preconceived notion of the way things were supposed to be. From her speech:

“I know a famous violinist that told me that he can’t compose because he knows too many pieces so when he starts thinking of a note, an existing piece immediately comes to mind. Just starting out, one of your greatest strengths is not knowing how things are suppose to be. You can compose freely because your mind isn’t cluttered with too many pieces and you don’t take for granted the way things are. The only way you know how to do things are your own way.”

Portman highlights a kind of obliviousness that one frequently observes in people who achieve success early in their careers. In lacking an understanding of the struggles others face, these people feel freer to perform. But this type of “unknown” ignorance doesn’t tell the whole story. The other option, of course, is to pursue stupidity proactively by consciously seeking out new activities, research projects, or ideas in which one has little preexisting knowledge or experience. An excellent article in the Journal of Cell Science by Martin Schwartz picked up on this topic as it relates to PhD research:

“I don’t think students are made to understand how hard it is to do research. And how very, very hard it is to do important research. It’s a lot harder than taking even very demanding courses. What makes it difficult is that research is immersion in the unknown. We just don’t know what we’re doing. We can’t be sure whether we’re asking the right question or doing the right experiment until we get the answer or the result…

…The crucial lesson was that the scope of things I didn’t know wasn’t merely vast; it was, for all practical purposes, infinite. That realization, instead of being discouraging, was liberating. If our ignorance is infinite, the only possible course of action is to muddle through as best we can.”

While this notion of muddling through difficult problems with ambiguous end points is crucially important, it certainly isn’t covered in more elementary education where the emphasis is placed more on learning and regurgitating facts. Moreover, since the whole concept of intelligence and academic success is based on having all the answers, students are often discouraged from pursuing fields of inquiry where the opposite might be true. Again from the Schwartz article:

“We don’t do a good enough job of teaching our students how to be productively stupid – that is, if we don’t feel stupid it means we’re not really trying. I’m not talking about `relative stupidity’, in which the other students in the class actually read the material, think about it and ace the exam, whereas you don’t. I’m also not talking about bright people who might be working in areas that don’t match their talents. Science involves confronting our `absolute stupidity’. That kind of stupidity is an existential fact, inherent in our efforts to push our way into the unknown…

Productive stupidity means being ignorant by choice. Focusing on important questions puts us in the awkward position of being ignorant. One of the beautiful things about science is that it allows us to bumble along, getting it wrong time after time, and feel perfectly fine as long as we learn something each time….The more comfortable we become with being stupid, the deeper we will wade into the unknown and the more likely we are to make big discoveries.”

We think the benefits of this kind of “known” or purposeful stupidity apply to business settings just as well as they do to the research lab. In fact, the word “Chenmark,” while completely fictional, was chosen to be synonymous internally with taking the plunge into the unknown. While we fully admit to our own latent desire to be right and informed, we also seek to champion the active pursuit of new and diverse challenges, and we have named our firm accordingly.

99U, Journal of Cell Science

This week, some of our team stayed up late to participate in a fantasy football draft. Those of us not participating, in an effort to understand what the fuss was all about, used the time to dig into the fascinating world of fantasy sports. It turns out that our draft activities are not unique. This year, an estimated 57 million people in the United States and Canada will be involved in some type of fantasy sport, making it one of the most popular Internet pastimes.

And while the games are fantasy, the participation costs are not. The Fantasy Sports Trade Association estimates that Americans spend $15 billion in annual play, with football accounting for over 70% of total spend. To put this in perspective, the NFL generates just under $10 billion in annual revenue, meaning fantasy football is more economically valuable than actual pro-football. Because of this popularity, and the strong link between fan engagement and fantasy sports (the FSTA estimates people spend three hours a week playing fantasy sports), the NFL, NBA and the MLB have embraced fantasy sport, despite their traditional stance against sports betting. Quartz explains:

“Fantasy players are considered the most engaged fans of the NFL. Unlike ordinary fans, their interest is not just limited to a single team but to many, because fantasy teams draw players from across the league. For the same reason, their interest also does not wane if a contest in the real world becomes one-sided, when a weak and strong team are pitted against each other….’Even if your team isn’t playing well,’ commissioner Roger Goodell said earlier this year, ‘you’re still following your fantasy league or you’re following the Red Zone or your mobile device.’”

To support this synergistic relationship, in 2006, professional sports league lobbyists were able to successfully argue that fantasy pastimes are a “game of skill,” thereby enabling exemption from online poker and sports betting restrictions (which have been deemed “games of chance”). As a result, fantasy sports betting is now legal in all but five states.

Thanks to the legal framework, the ecosystem surrounding fantasy sports has developed rapidly. While traditional fantasy play was limited to season-long battles between private groups, there has recently been an explosion in online, short-term, fantasy sport betting. Companies like DraftKings and FanDuel have both raised millions of dollars at billion dollar valuations from big name venture capital and corporate investors. The betting pool is just as big, with DraftKings alone expecting to pay out $1.2 billion in prize money this year. Larger companies are also getting into the action. Earlier this year, Yahoo announced it would host daily and one-week fantasy sports games, becoming the largest established company to enter the legalized sports betting market.

For us, fantasy football is an opportunity to enjoy casual competition and comraderie with friends and family. That said, our more analytical look into this space is a useful reminder that even the most well-intended social pastimes likely have powerful economic forces somewhere beneath the surface.