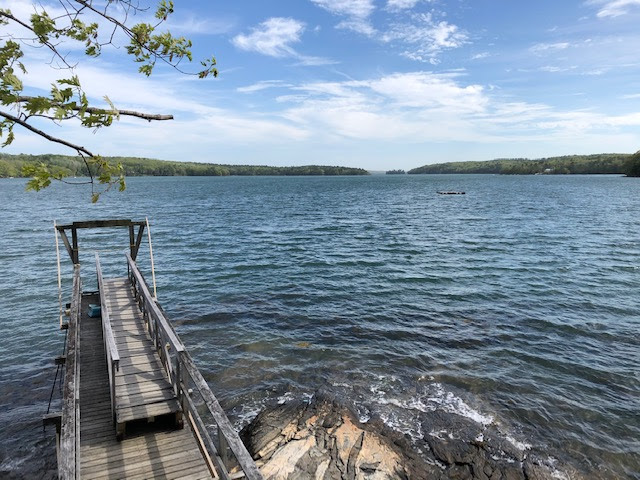 One of the largest challenges we face in building our team of small businesses is talent acquisition.  Finding high integrity, effective people to lead our businesses is a tricky endeavor.  We need people who can think long-term while maintaining a daily sense of urgency; push the big picture but understand the devil is in the details; delegate when necessary but jump into the weeds to get things done; revel in being small but think big.

Along these lines, this week we listened to an interesting podcast with Randy Hetrick, founder of TRX training.  Hetrick is quite an impressive guy.  He is an ex-Navy Seal who invented the TRX suspension training system while deployed, went to Stanford business school, and then launched TRX, which today has about $50 million in sales and 130 employees.

In the episode, Hetrick, who operated the company for the first ten years of its existence, bemoaned the challenges of finding a good leader for his business.  In particular, he chaffed with how his initial private equity partners pulled from their “business school 101 playbook” and pushed him to find a “best practices” leader (someone from upper-mid management of a big, well-known, successful company).  As it turns out, reality is a bit more complicated, and the strategy didn’t work out so well.  As Hetrick notes today, he believes this “best practice” profile is “almost a disqualifier to be a good president of a small company.”

Now, this is where we’ll eat some humble pie.  We’ll admit that when we started Chenmark, we relied upon this conventional wisdom, too.  Suffice it to say, it didn’t turn out so well for us either.  Lesson learned and now we have a different approach to developing talent.  But why didn’t it work?  It sounds so great on paper.  It feels like it should work.  Hetrick’s commentary resonated:

“It’s a little bit akin to trying to get a cat to bark.  Cat’s meow.  Dogs bark.  So, saying that well, either one of them should be able to do this thing is just not right and you wouldn’t do it because it would be preposterous.  And yet, what people do all the time, especially institutional investors make this mistake, is they assume that because somebody operated at scale at a successful brand, well, that person clearly – this will be easy for the person. It’s almost the reciprocal because what they don’t realize or haven’t thought through is those people are playing a different game.  Like Michael Jordan is arguably the the best basketball player in history. When he went over to the major league baseball, he hit with a thud.  Why?  He’s a great athlete, but he’s playing a different sport. So what worked for him on the basketball court doesn’t work when you’re on the mound of a baseball diamond.  So it’s a very similar thing.

Big company leaders have large staffs, generally a lot of certainty in the direction they are headed, single digit management objectives…That’s the antithesis of a small company. A small company – by that I mean anything south of $100 million bucks – is constantly pivoting – and the windows to make those pivots are not years, they’re not even quarters, you’re lucky if they are months. The difference in the operating cadence and style is profound. Just going to a successful big company manager and thinking they are going to be successful as a small company President, it almost never works. “

Hetrick is spot-on with his analysis.  Where we went wrong initially is not understanding when we basically hired a professional basketball player to play field hockey.  It just doesn’t work.  We now understand that our team of small businesses is playing the long-term small business game.  That means we need to fill our rosters with great-attention-to-detail-get-shit-done-scrappy-energetic-motivated team members who would wither and die in a corporate environment.  Game on.