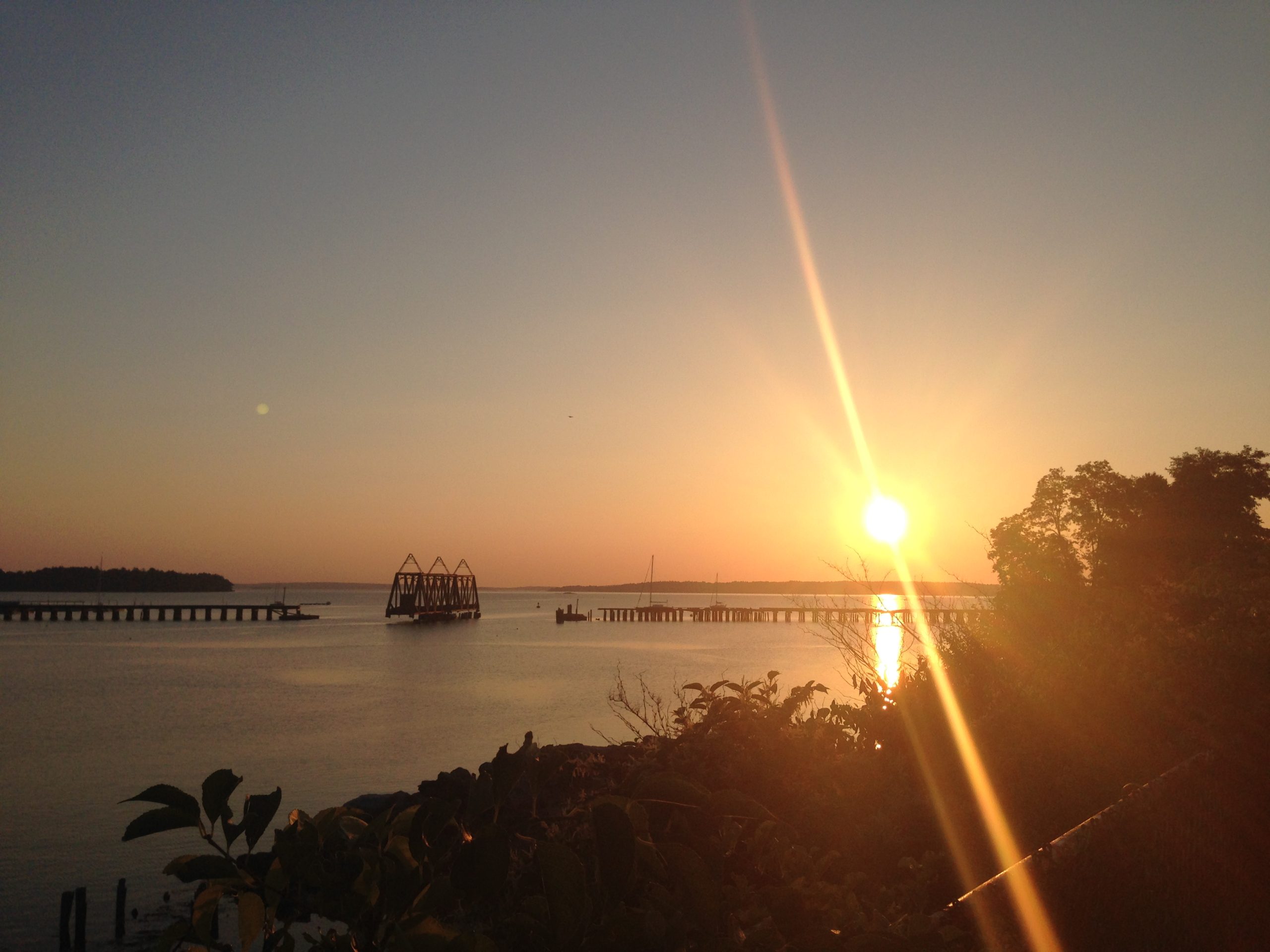 At times, it seems that the more we learn, the less we know. While we enjoy retrieving information from a wide range of sources, the downside of this approach is that it often leads to directly conflicting advice. Take, for example, a recent Fast Company article on successful investment pitching techniques.

Fast Company profiled the success story of Ring, a video doorbell device, which has raised $28 million from prominent investors such as Richard Branson. Ring’s founder, Jamie Siminoff, credited much of his fundraising success to the use of live product demos, noting “I think it is important to show the product and service….a lot of times, this gets lost in the slides. There is nothing like an investor seeing or feeling what you do.” In a similar vein, Fred Wilson, co-founder of Union Square Ventures says “the best presentations I’ve seen lately used no slides, but started with a live demo of a working web app and went from there.”

Based on this information, it seems that PowerPoint is out and demos are in. But then we read that Bill Gurley, an equally prominent venture investor at Benchmark Capital, has a strong preference for slide decks, noting “if you are one of the thousands and thousands of startups that merely want to have an optimal fundraising process, I highly recommend that you develop a killer presentation.” What is a fundraiser to do?

Even mundane actions, such as making your bed every morning, are riddled with conflicting advice. In a widely shared University of Texas at Austin 2014 Commencement Address, Admiral William H. McRaven told us, “If you want to change the world, start off by making your bed.” From the speech:

“It was a simple task–mundane at best. But every morning we were required to make our bed to perfection. It seemed a little ridiculous at the time, particularly in light of the fact that we’re aspiring to be real warriors, tough battle hardened SEALs–but the wisdom of this simple act has been proven to me many times over.

If you make your bed every morning you will have accomplished the first task of the day. It will give you a small sense of pride and it will encourage you to do another task and another and another. By the end of the day, that one task completed will have turned into many tasks completed. Making your bed will also reinforce the fact that little things in life matter. If you can’t do the little things right, you will never do the big things right.”

It is settled. The path to success starts with making our bed every morning. But then we read a BBC article that told us that making our bed can have detrimental health consequences because dust mites, which feed on the scales of human skin, thrive in the warm, damp conditions of an unoccupied, made bed. By leaving your bed unmade, and consequently your sheets exposed to the UV rays of the sun, it reduces the amount of moisture in the bed, thereby making the environment hostile to dust mites. The article summarizes that “something as simple as leaving a bed unmade during the day can remove moisture from the sheets and mattress so the mites will dehydrate and eventually die.” How are we supposed to conquer the world if we are hampered by dust mite induced asthma and allergies?

The reality is that examples of well intentioned — but directly conflicting — advice abound. It seems that the more we study any particular widely held “truth,” the more likely we are to uncover a directly opposing “expert” opinion. At times this is incredibly frustrating, but in the end, the never-ending process of seeking truth is rewarding and stimulating. While some may find conflicting advice overwhelming and paralyzing, we’ve decided to embrace the tension, confident that in the long run, our collective judgment won’t lead us astray.

This week, we listened to a TED talk by Bill Gross, founder of Idealab, a prominent start-up incubator. Given Idealab has funded more than 100 start-ups over the past twenty years with varying levels of success, Gross used his talk to explore what factors account for the difference between success and failure. In an attempt to avoid personal biases, Gross systematically evaluated five factors — idea, team, business model, funding, and timing — across 200 companies. The sample included billion dollar companies like Instagram, YouTube, and Uber along with total failures like Pets.com, Friendster, and Webvan.

Prior to conducting the analysis, Gross was biased to the notion that the idea was paramount to success. After all, he named his company Idealab for how much he “worships the ‘Aha!’ moment when you first come up with the idea.” The results, however, indicated something different. Gross’s analysis revealed that the number one factor for success was timing, accounting for 42% of the difference between success and failure. Timing was followed, in order, by team, execution, idea, business model, and lastly, funding. Gross elaborated on his findings:

“So now let me give you some specific examples about each of these. So take a wild success like Airbnb that everybody knows about. Well, that company was famously passed on by many smart investors because people thought, ‘No one’s going to rent out a space in their home to a stranger.’ Of course, people proved that wrong. But one of the reasons it succeeded, aside from a good business model, a good idea, great execution, is the timing. That company came out right during the height of the recession when people really needed extra money, and that maybe helped people overcome their objection to renting out their own home to a stranger.”

Gross goes on to explain that the critical component for Uber was the fact that they came to market at a time when drivers were looking for extra sources of income, enabling them to establish a strong driver network, and thereby dominate the competition. On the flip side, timing also explains startup failures:

“We started a company called Z.com, it was an online entertainment company. We were so excited about it — we raised enough money, we had a great business model, we even signed incredibly great Hollywood talent to join the company. But broadband penetration was too low in 1999-2000. It was too hard to watch video content online, you had to put codecs in your browser and do all this stuff, and the company eventually went out of business in 2003. Just two years later, when the codec problem was solved by Adobe Flash and when broadband penetration crossed 50 percent in America, YouTube was perfectly timed. Great idea, but unbelievable timing. In fact, YouTube didn’t even have a business model when it first started. It wasn’t even certain that that would work out. But that was beautifully, beautifully timed.”

To us, the main takeaway from Gross’ findings is not simply that timing is important. It’s that a rare combination of factors — timing, team, fundraising, etc. — must come together to enable startup success. Given the unpredictable, fickle, nature of these factors, we believe that our time is better spent focusing on established businesses, where the timing is in the past, the team is already in place, and the business model is already proven. Put together, we believe this gives us a higher likelihood of success.

This week we spent time reading about Jim Simons, the legendary mathematician and founder of Renaissance Technologies. A leader in quantitative trading, Simons’ firm, and specifically its Medallion Fund, are legendary in the asset management industry both for the significant outperformance of the returns generated and for the extreme secrecy of the models driving the trading decisions. When considering how they achieved such success while maintaining such closely guarded trade secrets, it is easy to assume that Simons and his team would rely on a highly regimented, hierarchical structure with relatively few key decisions makers. However, in a recent interview Simons suggested that, in fact, a more team oriented approach explains Renessaince’s ability to stay ahead of the market. From the interview:

“Have an open atmosphere. The best way to conduct research on a larger scale is to make sure everyone knows what everyone else is doing… The sooner the better — start talking to other people about what you’re doing. Because that’s what will stimulate things the fastest. No compartmentalization. We don’t have any little groups that say this is our system and we run it we get paid because of it. We meet once a week — all the researchers meet once a week, any new idea gets brought up, discussed, vetted, and hopefully put into production. And people get paid based on the profits of the entire firm. You don’t get paid just on your work. You get paid based on the profits of the firm. So everyone gets paid based on the firm’s success.”

While it is obviously a simplistic assumption, we used to naively assume that once a technology or quantitatively focused company discovered any truly differentiated intellectual property, the rest of the challenge became protecting that edge and scaling the distribution. However, Simons’ emphasis on on-going teamwork fascinated us because it really drives home the point that in a highly competitive environment, the intellectual property is never really static. If one isn’t constantly attempting to innovate and move forward, other competitors will take advantage. As such, there is a constant imperative to improve, and the fastest, most efficient way to do so is to assemble a trusted group of highly capable people and allow them to sort out problems together. While it will be some time until we are executing at the scale of a Renessaince Technologies, we try to emulate their team based approach in our own way and can already see it paying dividends.