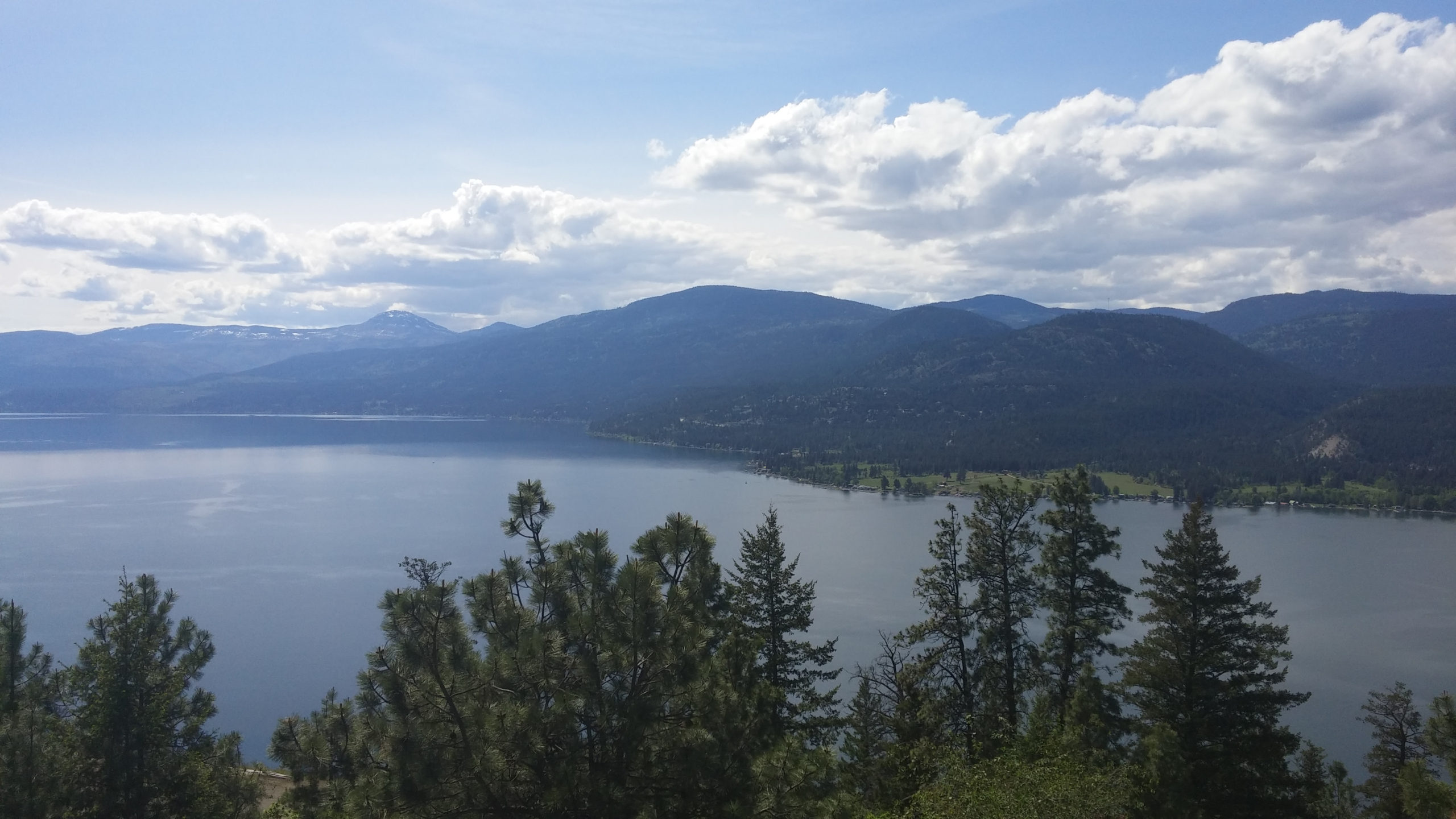 In the run-up to the 2016 American Presidential election, we have been constantly bombarded with promises of what candidates will implement when seated in the Oval Office. Depending on your candidate, there will be “A Wall,” “Lower Taxes,” or “Free College.” Most take these statements with a grain of salt, knowing the likelihood of seeing campaign promises turn into reality is slim. Even the Wikipedia entry on this subject is somewhat cynical, noting “An election promise or campaign promise is a promise or guarantee made to the public by a candidate or political party that is trying to win an election. Election promises may be instrumental in getting an official elected to office. Election promises are often abandoned once in office.”

We philosophically don’t believe the definition of “promise” should be related to context, as Robert Munsch taught us from a young age that “a promise is a promise.” Accordingly, we were heartened to learn of the emerging field of “deliverology,” the art of ensuring governments meet their stated goals. The field can be traced back to 2001, when recently re-elected U.K. Prime Minister Tony Blair noticed that his Education Minister, David Blunkett, actually made progress on his campaign commitments. As a result, Blair asked Blunkett’s main advisor, Sir Michael Barber, to lead a newly founded “Delivery Unit,” whose only goal was to ensure the government delivered on its promises. Since leaving the Blair government, Barber has become a popular consultant to governments around the world, providing advice to leaders in Australia, India, the U.S., and Canada. In fact, recently elected Canadian Prime Minister Justin Trudeau created a “Results and Delivery” senior advisor position modeled on Barber’s role in the Blair government. Barber believes deliverology can be valuable as politicians don’t knowingly make false promises, but rather they underestimate the realities of political office. He explains that “the obstacles facing any new government are well-known. First, the usual constant barrage of unforeseen events. Second, the pressure to come up with new ideas rather than checking to see how the old plans are working out. Tony Blair was a sucker for a new idea.”

Barber believes some basic accountability structures, consistently enforced by individuals in positions of power, can go a long way to keeping politicians on track. For example, he advocates that government leaders establish a consistent routine of asking questions such as “What are the priorities?”, “How will you know if you succeed in delivering a given priority?”, and “How would you know at any given moment you’re making progress toward your goals?” Barber expands on this structure, noting:

“It’s not tremendously exciting, but it’s really important, getting the priorities, the definitions of success, the trajectories, the data, the routines to monitor progress, and then the ability to solve problems as they arise…Because however good you are at planning, you’re not going to get it right. The real world never works out exactly as you anticipate. So having routines to correct and adjust the plan all the time is important.”

The belief that accountability structures are important to maintain focus on priorities is not just applicable to politics. For instance, Barber’s deliverology reminds us of a longstanding corporate governance best practice: a Board of Directors tasked with asking management questions similar to those outlined by Barber. Similarly for the individual, Napoleon Hill’s timeless 1937 classic, Think And Grow Rich, advocates for a “mastermind group,” where individuals come together at regular intervals to share goals and hold each other accountable to them. For Chenmark, these concepts are philosophically central to both our internal processes — where partners seek to hold each other accountable — as well as at the portfolio level — where we seek to provide a structure that ensures operators stay focused on stated priorities. Although this all sounds relatively simple, as demonstrated by the need for Barber’s services in the political realm, structural accountability is never an easy process, but one that we endeavor to refine as we progress with our business ventures.

On January 7th, the Departments of Agriculture and of Health and Human Services issued their quinquennial Dietary Guideline update. This update was different than previous versions in that, for the first time in over 30 years, the guidelines backed off previously held stances against cholesterol and fat while inserting a recommendation to restrict daily intake of added sugar. After reading about the history behind these guidelines this week, it appears that this year’s changes, while major in comparison to previous revisions, may not be as reflective of current science as one would hope.

Take, for instance, the guidelines’ treatment of cholesterol over the years. The first public warning that cholesterol was linked to heart disease came in 1955 after President Eisenhower suffered a heart attack. In the following years, Ancel Keys, a hard-charging nutritionist from the University of Minnesota, led the now famous Seven Countries Study which showed a correlation (but not causation) between dietary saturated fats and death from heart disease. The 211 page report covered data from 12,770 middle-aged men over six years in seven countries making it seem official and academic beyond reproach. And so it came to no one’s surprise that in the early 1980’s, the US government issued its first Dietary Guidelines reflecting the then mainstream public bias against dietary fat and cholesterol. An article from The Guardian on the topic noted that “this was the first time that the public had been advised to eat less of something, rather than enough of everything.”

Fast forward to today, and there is overwhelming evidence contradicting Keys’ initial finding: an Oxford University study from 2008 showed “an inverse correlation between saturated fat and heart disease”; a recent analysis of cholesterol levels for 192 countries around the world found that “lower cholesterol correlated with higher rates of death from heart disease”; and most importantly, the Dietary Guidelines’ own advisory panel concluded just months ago that “the dietary intake of cholesterol…had no real effect on blood levels of LDL, the so-called bad cholesterol. ‘Cholesterol,’ the committee said, ‘is not a nutrient of concern for overconsumption.’”

Given the mounting evidence exonerating cholesterol, one would think that the updated guidelines would at least be neutral on the topic. Instead, while the daily cholesterol limit of 300 milligrams (less than two eggs) was removed, the report went on to say that “people do not need to obtain cholesterol through foods,” and advised people to eat “as little dietary cholesterol as possible.”

The disconnect between the new Dietary Guidelines and the prevailing body of research leaves many, us included, to question how it came to be this way. Despite the fact that the scientific method of the Seven Country Study has been discredited and research directly conflicts its findings, many still cling to its false conclusions. Searching for an explanation, The Guardian, argues that scientists within a particular field are susceptible to collective thought, which can impede new thinking. From the article:

“This makes scientific inquiry prone to the eternal rules of human social life: deference to the charismatic, herding towards majority opinion, punishment for deviance, and intense discomfort with admitting to error. Of course, such tendencies are precisely what the scientific method was invented to correct for, and over the long run, it does a good job of it. In the long run, however, we’re all dead, quite possibly sooner than we would be if we hadn’t been following a diet based on poor advice.”

While our love of fats, be it steak or butter, is clear to many who know us, our takeaway this week is less about nutrition than it is about skepticism. It has been about 60 years since cholesterol was first accused of causing heart disease, and even with growing research questioning that conclusion, a 2014 survey found that “54% of US doctors [still] believe that dietary cholesterol raises blood cholesterol.” Like the doctors in the survey, we are not immune to biases ourselves, but our reading this week is a good reminder that you can’t always take what you read, hear, or are told at face value. Going forward, we prefer to heed Ronald Reagan’s advice: “Trust but verify.”

We recently attended a conference on the topic of company culture. When the issue of hiring came up, we learned that the question, “Do you enjoy work?,” is a key part of Disney’s interview process. Many interviewers tackle this issue tangentially via questions like “Why do you want to work here?” or “Tell me about yourself.” However, Disney’s question intrigued us because, rather than being specifically company focused, it deals with the more fundamental issue of whether work itself has value to that particular applicant. We suspect that most of our readers will have an immediate knee-jerk reaction to this question. Our own visceral response caused us to pause and reflect on its deeper implications.

The value of work is woven into the American social, cultural, and political fabric — as President Clinton said in his 1993 address to the nation, America is founded upon the idea that “if you work hard and play by the rules, you’ll be rewarded with a good life for yourself and a better chance for your children.” However, there also seems to be a tension between the inherent goodness of work and the lure of leisure. A 2012 New York Times opinion piece by Gary Gutting, professor of philosophy at the University of Notre Dame, put it well by noting:

“…the goodness of work is deep in our culture. We applaud people for their work ethic, judge our economy by its productivity and even honor work with a national holiday. But there’s an underlying ambivalence: we celebrate Labor Day by not working, the Book of Genesis says work is punishment for Adam’s sin, and many of us count the days to the next vacation and see a contented retirement as the only reason for working.”

To us it seems people enjoy work for one of two reasons. Either they view it as an “instrumental good” (i.e., I work because I want money, power, prestige, etc.) or they view work as an end in itself (i.e. I work because the work itself has meaning). In both cases, the extent to which one enjoys working is deeply related to the concept of opportunity. People work hard because they are attracted to the promise of a better life, or by the chance to tackle an interesting project. For us as employers, the challenge is to recruit people who are driven by either ideal and then to create a cultural framework oriented around opportunity. Arthur Brooks, President of the American Enterprise Institute, best sums up this concept:

“This is not about money. The secret to happiness through work is earned success — the belief you are creating value with your life and value in the lives of others. Americans who feel successful in the workplace are twice as likely to say that they’re happy overall. This means economic opportunity is critical. That’s what enables us to find the job that suits our skills — hedge funds, hedge trimming, or something in between — and advance through hard work.”