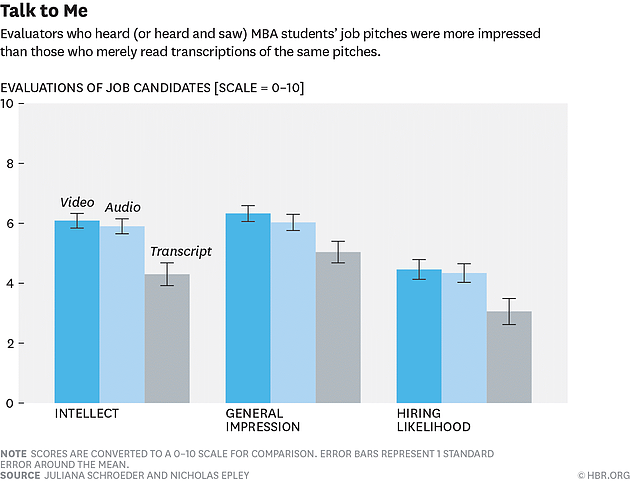 In October, Danny Meyer’s Union Square Hospitality Group announced the elimination of tipping across its restaurant empire, which includes iconic New York City dining destinations such as Gramercy Tavern and 11 Madison Park. Meyer’s move, which received wide-ranging press, will impact 1,800 employees across 13 restaurants that serve upwards of 40,000 meals a week. Meyer explained the decision in a corporate email:

“There are countless laws and regulations that determine which positions in a restaurant may, and may not share in gratuities. We believe hospitality is a team sport, and that it takes an entire team to provide you with the experiences you have come to expect from us. Unfortunately, many of our colleagues—our cooks, reservationists, and dishwashers to name a few—aren’t able to share in our guests’ generosity, even though their contributions are just as vital to the outcome of your experience at one of our restaurants.”

Given Meyer’s longstanding reputation as an unwavering champion of service based hospitality — and the fact that tipping accounts for 58% of the average server’s income — his move to eliminate tipping caused us to investigate the subject further. As it turns out, the rationale underlying the whole practice of tipping is no longer valid. According to a 2001 American Demographics study, many people consistently tip the same percentage regardless of service quality. New York Magazine expands upon these findings:

“There’s decades’ worth of consumer-psychology research demonstrating that tipping hardly improves service at all. Michael Lynn, a Cornell University professor and one of the nation’s leading experts on the psychology of tipping, has studied this at length. In one 2001 review of the literature, for example, Lynn analyzed 14 studies on more than 2,645 bills at 21 restaurants. ‘I found that the average correlation between tip percentages and service ratings was only .11,’ Lynn wrote in a paper published in Cornell HRA Quarterly. ‘In other words, service ratings explained an average of less than two percent of the variation in a restaurant’s tip percentages.’ Better service did indeed translate to a better tip, in other words, but the correlation was minuscule.’”

Despite the research, Meyer did not change Union Square’s compensation model because tipping no longer served its intended purpose of differentiating good service from average or poor service. Rather, it was in response to the growing divergence in pay between his employees. Since he entered the restaurant business 30 years ago, dining-room pay has increased 200% while kitchen income has grown less than 25%. This is largely because current federal labor law prohibits pooled tips from being shared with kitchen staff or managers. Meyer’s hope is that the new policy will raise pay for back-kitchen workers while maintaining status quo wages for service staff. Ironically, if his team-oriented approach is implemented correctly, Meyer’s elimination of tipping may actually achieve what tipping was supposed to accomplish all along:

“Once these changes are implemented, the total cost you pay to dine with us won’t differ much from what you pay now. But for our teams, the change will be significant. We will now have the ability to compensate all of our employees equitably, competitively, and professionally. And by eliminating tipping, our employees who want to grow financially and professionally will be able to earn those opportunities based on the merit of their work.”

The main criticisms of Meyer’s no-tipping policy are that the approach leads to higher menu prices and that “star” servers will simply leave Union Square restaurants to work at pro-tipping restaurants. On the customer side, there is indeed some risk that the rise in menu prices — yet a flat total bill — will lead to a demand-shrinking sticker shock. Regarding “star” servers, some talent will inevitably gravitate towards firms that offer the highest paycheck, but we believe others will be equally drawn to Union Square’s team-based model.

While time will tell whether or not tipless restaurants become status quo, we find Meyer’s approach — and willingness to take a public risk — inspiring, and are more than happy to pay a couple extra dollars and toast his approach at any Union Square Hospitality Group restaurant.

We believe there is a lot to learn from the world’s best companies even if they happen to be a dramatically different size or in a dramatically different industry. This week, while reading the transcript of a Reid Hoffman interview with Eric Schmidt, we turned our attention to Google and were pleased to find commentary directly applicable to issues we are currently working on ourselves.

The first thing we realized is that most successful companies don’t start as highly regimented, process driven entities. Instead, they are the product of the ingenuity, grit, passion, and drive of founders who see an opportunity and pursue it aggressively. As Schmidt noted:

“Almost all small companies are full of energy and no process. My list was straightforward: internationalization plans, sales plans, product plans, accounting, etc. My first meeting at Google was like being at a graduate school full of interesting people with no deadlines or deliverables.”

The key to providing structure for founders is to create frameworks to push management responsibility downhill. Often the creativity that drives the initial growth of the company is the very thing that needs to be harnessed to allow for proper scaling in the future. Sometimes this can mean sacrificing short term growth while the right organizational structure is put in place and the right middle management is trained to handle a new level of responsibility. Again from Schmidt:

“If you didn’t understand the subtlety, you’d assume the answer was to grow everything as fast as possible everywhere. That doesn’t work. The way you build great products is small teams with strong leaders who make tradeoffs and work all night to build a product that just barely works. Look at the iPod. Look at the iPhone. No apps. But now it’s 70% of the revenue of the world’s most valuable company.”

The final lesson from Google is that even the best organizational structure will change as the company evolves. As such, in a dynamic environment, hiring quality people is far more important than filling newly created roles. As Schmidt commented in a recent Fortune article:

“Most companies hire for the position, not the person. So they look for a match on LinkedIn for all of the criteria: They have to have five years of this, and 10 years of that—and that’s precisely the wrong way to go about hiring. The right way is to hire the smartest people that you can, because the business is changing. So what you care about is their critical thinking. You want leaders who will keep fighting and keep changing the strategy, changing their tactics so they’ll eventually win.”

At a fundamental level, most business challenges are not that different. While generating internet search engine results could not be more removed from plowing a parking lot, we believe insight and inspiration can come from any number of diverse fields, and as such we hope to continue to learn from the experience of Google and other companies like it.

If you want to get a job, don’t write Weekly Thoughts. While we hope our readership has enjoyed our posts to date, research highlighted in a recent Harvard Business Review article points to the difficulty in showcasing intellect solely via the written word. The study, conducted by business school professors Juliana Schroeder and Nicholas Epley, asked seasoned corporate recruiters to evaluate three kinds of job pitches by MBA students: video, the audio from the video, and the transcript of the audio. The results, depicted below, show that transcripted pitches were significantly less well received than their video or audio counterparts, especially when the students were rated on perceived intellect. Other than feeling like all that time spent writing cover letters was useless, the data also highlights that the difference between video and audio is negligible. According to the researchers, that is because it is really all about the voice. From the article:

“Although there may be some advantages to putting thoughts in writing — it allows for revisions, for example — written passages lack critical paralinguistic cues that provide critical information about a speaker’s intelligence and thoughtfulness. Your voice is a tool that has been honed over the course of human evolution to communicate what’s on your mind to others. Without even thinking about it, you naturally flood your listener with cues to your thinking through subtle modulations in tone, pace, volume, and pitch. The listener, attuned to those modulations, naturally decodes these cues….Written text may not convey the same impression as your voice, because it lacks a critical feature: the sound of intellect.”

As authors of a weekly blog, the Chenmark team believes strongly in the ability to hone and revise the written word to enhance a point. That said, when we are not typing up our latest post for the newsletter, we spend most of our time speaking to people — either on conference calls or in meetings. In fact, wherever possible we seek out opportunities to interact with people live as we have found it much more productive than trading e-mails. Writing, of course, has its place, but this data reminds us that interpersonally speaking, it is not necessarily what you say, but how you say it. 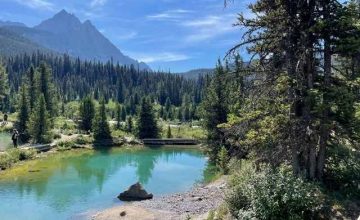 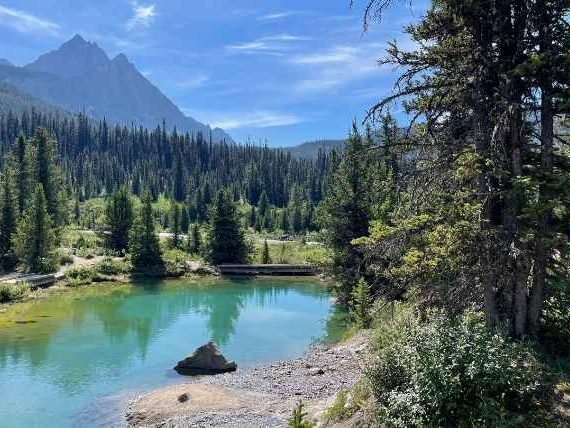 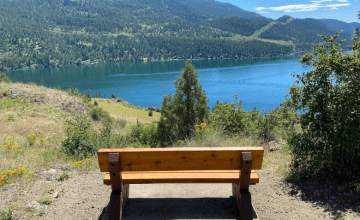 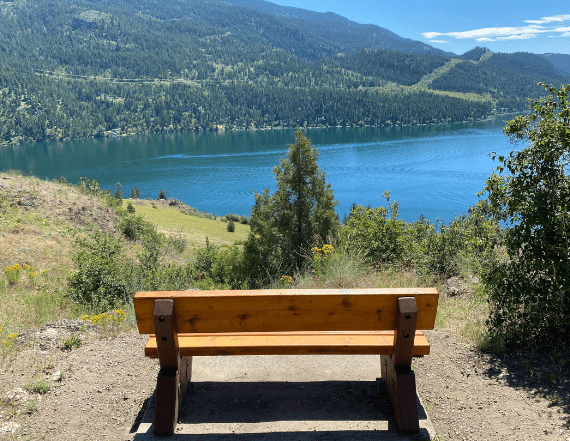 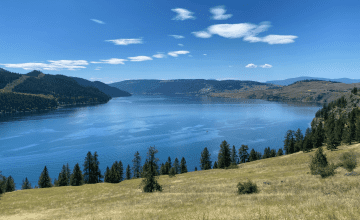 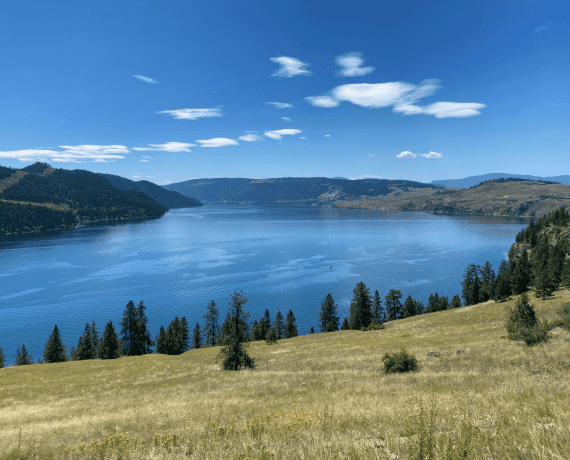