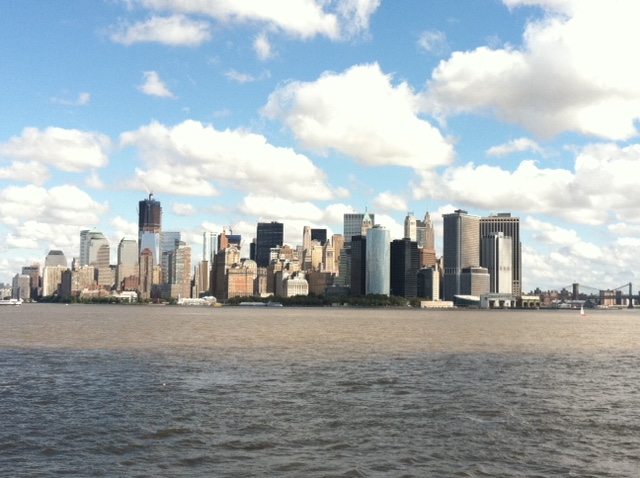 We read a fascinating article in the FT this week chronicling a history of forecasting from Babson and Keynes analyzing financial markets in the 1920s all the way through Nate Silver and his political handicapping today. The author notes how poor most expert forecasting is and describes the efforts of Phil Tetlock, a pioneer in political forecasting and champion of adaptable, probabilistic thinking, to create a better model. He has spent the last several years working on “The Good Judgement Project” which is an attempt to effectively crowd source a solution to becoming better at seeing into the future.

His conclusions are that: “successful forecasters aren’t afraid to change their minds, are happy to seek out conflicting views and are comfortable with the notion that fresh evidence might force them to abandon an old view of the world and embrace something new.”

We will be sure to keep these lessons in mind as we continue our search and consider many different industries and business models and how they might perform going forward.

We are continuing our investigation into the potential forces that are driving the decline in small business ownership in the US and came across and interesting article regarding housing. According to research by Arthur Nelson of the university of Utah, retiring baby boomers living in large homes on equally large lots will have difficulty selling as millennial buyers shift their preferences towards town-homes or apartments and a demographic shift toward lower income families results in a lack of buyers with sufficient funds. From the Atlantic’scitylab.com:

According to data from the American Housing Survey, from 1989 and 2009, 80 percent of new homes built in that era were detached single-family homes. A third of them were larger than 2,500 square feet. And most startling – “I checked my numbers over and over again,” a bemused Nelson says – 40 percent were built on lots of half an acre to 10 acres in size. Now, he says, 74 percent of new housing demand will come from the people who bought these homes, now empty-nesters, wanting to downsize.

A vast majority of today’s households with children still want such houses, Nelson says. But about a quarter of them want something else, like condos and urban townhouses. That demand “used to be almost zero percent, and if it’s now 25 percent,” Nelson says, “that’s a small share of the market but a huge shift in the market.” And this is half of the reason why many baby boomers may not find buyers for their homes. “Even if the numbers matched,” Nelson says, “the preferences don’t.”

Demographics will further complicate this picture. We’re moving toward a future in America when minorities will become the majority. But given entrenched educational achievement gaps, particularly for the fast-growing Hispanic population, Nelson fears that the U.S. is not doing a good job educating the “new majority” to make the kinds of incomes that will be required to buy the homes we’ve already built.

As the Hispanic population expands, and more baby boomers retire, the gap between the two groups in the housing market – expressed in unsellable houses – will only widen.

The inability of retiring boomers to sell their homes coupled with the inability or lack of desire of the next generation to buy those homes, may speak to the trend we also see in small business ownership. We’ll continue to monitor and report on this theme going forward.

It has been difficult to watch business news over the last two weeks without hearing about the recent IPO of Alibaba, the Chinese online retailer. For us, the case study of Alibaba, highlights an interesting juxtaposition in perspectives. For the optimists, Alibaba is the standard bearer for a Chinese consumption story with a scale that is difficult to comprehend. The company has almost as many customers as the US has citizens despite the fact that Internet usage and e-tailing in China is still in the asymptotic portion of the adoption curve. The growth implications of serving all those potential customers is truly stunning.

That said, the pessimists will tell you that at its current valuation, the company is trading at a 20+ multiple of current sales and carries a similar or higher market cap than several bell weather US companies including retail giants Amazon and Walmart. Moreover, the US listed shares are actually issued by a Cayman Islands hold co and not the China based operating company, raising just a few corporate governance eye brows.

For us this IPO provides two lessons. First, valuation matters. A good idea in a new and growing market can be richly rewarded when an eventual exit or liquidity event is considered. Second, for an outside investor getting in now, execution matters more. Alibaba is priced based on the belief that all the Chinese consumption projections will be realized and a bet on Alibaba now is a bet that Jack Ma and Co. will deliver on that vision. These are both important things to remember when we find a acquisition target and focus on creating the most value for our investors.