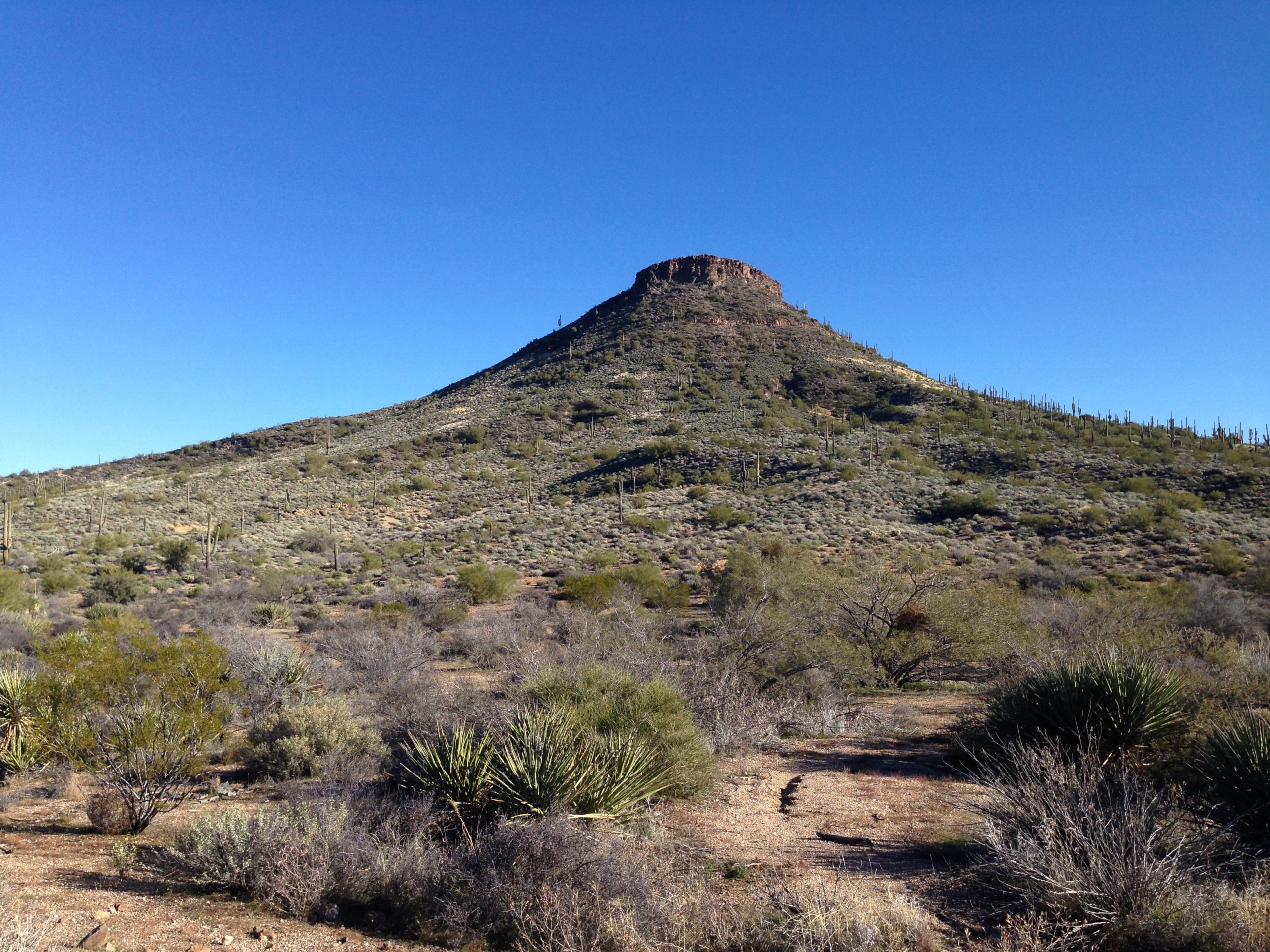 This week we dive deeper into a topic that has been of particular interest to us recently:

Early in our careers, we were told that as a junior employee, one should always be the first person in the office and the last to leave. We took this advice to heart and quickly derived a (potentially misguided) sense of personal satisfaction from working longer hours than the norm. When we arrived at our desks before daylight, we could ease into the morning with a sense of accomplishment. On the flip side, the simple act of not being first in the office would immediately create an anxiety that could only be cured by committing to a late night with dinner at our desk. This week we spent time reading and thinking about this phenomenon and the implications it can have on the work environment we create for ourselves in the future.

The first and most obvious thing we realized when looking back on those days was that we may have thought we were distinguishing ourselves, but the truth is that we were not acting uniquely. Rather, we were responding to a pervasive cultural norm designed to encourage long hours. In a recent 99U article entitled Nobody Cares How Hard You Work, psychology writer Oliver Burkeman highlighted that “our culture so strongly reinforces its deceptive message: Hard work is ultimately what matters. From childhood, parents and teachers drum into us the moral virtue of effort, and the importance of ‘doing your best.’”

Historically, the American hard-work mindset was deeply rooted in the religious notion that industriousness stood as a prerequisite for admittance into Heaven. Overtime, the concept of a strong work ethic developed secular importance and is now often seen as a necessary prerequisite for a promotion. In fact, working hard is so important that psychologists increasingly point out the presence of a “labor illusion,” meaning that people routinely confuse effort with results, to the point where evidence of effort is over-appreciated relative to actual outcomes. From a New York Magazine article, referencing Burkeman:

“This is a version of something psychologists call the ‘labor illusion,’ which, as Burkeman explains, means that although ‘we might say we’re focused only on whether [someone] did the job quickly and well … really we want to feel they wore themselves out for us.’

And the ubiquity of complaining about long days at the office suggests that people tend to apply this idea to themselves, too, giving more weight to time spent laboring than actual accomplishments.”

Burkeman goes on to provide examples of this phenomenon, including a Harvard Business Review study that found office workers who lied about longer working hours received promotions, and Harvard Business School research showing that people using flight-search websites actually prefer longer waits for results, so long as they can watch “a detailed progress display to see the the site ‘working hard’ to canvas each airline’s database.” At a basic level, we appreciate the value of trying hard because we all learned at a young age that how you play the game is more important than whether you win or lose. The struggle, then, is how to recognize effort without discounting the value of efficient results.

Too large an emphasis on hard work can lead to what psychologists call the “effort trap,” in which efficiency gains can paradoxically lead to a perception of lower value, despite producing the same or better outcome. A Planet Money podcast focused on this point:

“STEVE HENN, HOST: One of my favorite economists, Dan Ariely, tells this story about a locksmith. When the locksmith was new at his job, when he was an apprentice, he took a really long time to open a lock. And people saw him working away, struggling, really having a hard time. And often they’d end up giving him a tip. But then when locksmith got better at his job, when he got so good at his job he could open pretty much any lock in just a minute or two, then his customers started complaining. They were like, you want $200 for that? This took you, like, 30 seconds.

STACEY VANEK SMITH, HOST: And you can see why, right? I mean, we tend to think the harder someone works, the more they should get.

HENN: Yeah, but it’s also kind of ridiculous. I mean, this guy was better at his job. When you call a locksmith, you want to get into your car or your house as fast as possible. And that was what he was doing. He was giving customers what they really wanted. But they felt cheated. His bills suddenly felt unfair.”

Effort traps ironically cause increased productivity to be perceived as a fault, rather than an asset, which can lead to significant inefficiencies. Anecdotally, we have observed many such instances. For example, several of our high-performing friends will admit to waiting until midnight (after they’ve left work and gone out to dinner) to send an email update to their superiors, when the actual work was completed earlier that afternoon. Others will come into work early just to be seen before hitting the gym when their superiors head into meetings. Still others may finish an assignment in three hours, only to wait three days before turning it in, because they’ve adeptly realized that if they finish work too fast, the perception of quality declines. Unfortunately, this type of behavior is harmful not only for productivity, but also for employee morale since in a knowledge based economy, for example, a company’s most efficient employees may also be branded its most lazy. Burkeman expands upon this point:

“…too many workplaces still subtly communicate to employees the idea that intense effort, usually in the form of long hours, is the best route to a promotion. In fact, though, if you can do your job brilliantly and still leave at 3 p.m. each day, a really good boss shouldn’t object. And by the same token, you shouldn’t cite all the effort you put in when making your case for a raise. Why should a results-focused boss even care?”

In addition to productivity and morale headwinds, these behavioral biases have significant implications for entrepreneurial time management. While it’s tempting – and potentially easier – to think that a jammed schedule equates to high value-add, it has been very well demonstrated that in certain fields – particularly those that require creativity – less “work” can actually lead to more value. Burkeman again:

“It’s dangerously easy to feel as though a 10-hour day spent plowing through your inbox, or catching up on calls, was much more worthwhile than two hours spent in deep concentration on hard thinking, followed by a leisurely afternoon off. Yet any writer, designer or web developer will tell you it’s the two focused hours that pay most—both in terms of money and fulfillment….. Indeed, meaningful work doesn’t always lead to exhaustion at all: a few hours of absorption in it can be actively energizing—so if you’re judging your output by your tiredness, you’re sure to be misled.”

Elite athletes often note that to perform at the highest level one needs to spend as much time recovering as he or she does training. In the same way, intense intellectual focus requires adequate amounts of mental rest that aren’t always available in an office environment oriented around long continuous work days. That said, while avoiding the office entirely may free up time for reflective thinking, doing so would also eliminate many of the positive aspects of a collaborative working environment.

Woody Allen has been famously quoted as saying that “80% of success is showing up.” While we understand the biases and dangers associated with an overemphasis of long working hours, we also understand the importance of a commitment to showing up and being present (so much so that we have previously written about it). Unfortunately, it is difficult to predict when the best learning and collaborative moments might happen. For that reason, we think it is important to try to maximize the potential for such events. For example, part of the rationale for our commitment to long hours early in our career was that the more we were around, the more likely it would be that we’d catch five minutes of our boss’s time at the beginning or the end of the day. Similarly, an impromptu conversation with a co-worker could lead to a breakthrough on a project that was causing us problems. In many respects, while formal meetings and scheduled time provide a base of knowledge, true experience in any field is likely to be measured by the sum of the spontaneous and unexpected events in which one is able to participate. Being around means you have the opportunity to maximize that participation.

On a personal level, we struggle to find the balance between working hard and working smart. We empathize with the feeling that more hours equates to better work and admittedly we feel that grinding it out at the office has served us well on many occasions. The truth is that it is difficult to have the confidence to do less, particularly when chasing big dreams. That said, we also understand that as our careers have progressed, we have moved from information and experience gathering to an execution mode, which naturally puts more of an emphasis on performance in the moment. When the success of a deal or project depends on a handful of 30-60 minute meetings, we need to make sure we aren’t off our game because we were burning the midnight oil the night before. This week’s readings are a good reminder that it is in our best interest to avoid “labor illusions” when evaluating our own work, and that of our workforce or service providers. Moreover, as business owners, we must always be asking ourselves if we are passing the hours aimlessly doing lotsof things, or if we are spending our time actually doing the right things that will help us drive towards our goals.