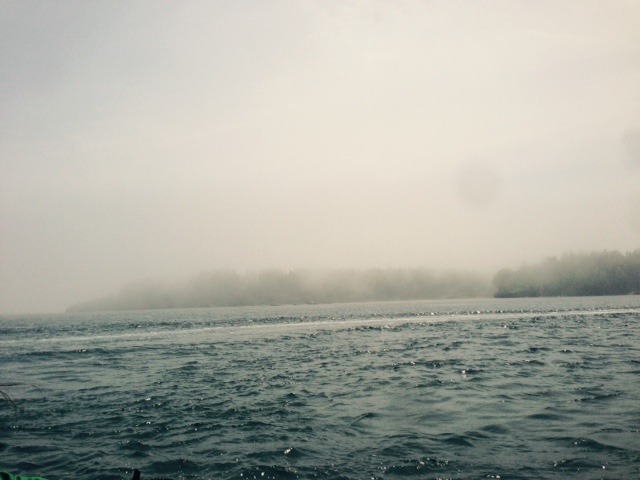 When we acquire a company, our baseline objective is to channel The Hippocratic Oath and “first, do no harm.” That said, it’s hardly as if we define success as not messing up. Aspects of all companies under the Chenmark umbrella are continuously reviewed, and we are always trying to adjust existing processes and implement new ideas in a never-ending quest to improve business operations. While some types of change can be slowly or incrementally introduced into an organization, others require more wholesale, abrupt change.

Since we are always keen to learn how others approach managing change, we were interested in learning this week about Sweden’s “Högertrafikomläggningen,” which stands for “The right-hand traffic diversion,” now commonly known in the country as “Dagen H” (or “H Day”). On September 3, 1967 – a date ingrained in the memory of the common Swede – millions of Swedes switched from driving on the left side of the road to driving on the right, in what the podcast 99% Invisible called “the most massive overhaul in driving infrastructure that the world had ever seen.”

Just thinking through the logistics associated with this type of change is somewhat mind-boggling. An estimated 360,000 traffic signs across the country were reversed. A parallel set of traffic lines (white to replace yellow) was painted on the roads. Over 8,000 public buses were retrofitted to adjust to the new driving system, and left-hand traffic headlamps on all Swedish vehicles were replaced. The Washington Post further explains the day of logistics:

“Intersections had to be reconnoitered to allow traffic to merge. The morning of the change, all non-essential traffic was banned from the roads, in some places from 10 am that Saturday until 3 pm on Sunday. Any vehicles that were on the road had to come to a complete stop just before 5 am, and were then guided to the right-hand side of the road to stop again before they were allowed to proceed.”

The sheer scale of this wholesale change is enough to make any operational logistics geek swoon, and no doubt took many talented minds to organize and coordinate. What we find particularly fascinating about Dagen H, however, is how the Swedish authorities approached the human element, knowing that the success of this policy ultimately relied upon the immediate compliance of millions of people. As 99% Invisible put it, “It was a normal Sunday in September 1967 in Sweden, except that every driver on the road was about to have to change the way he or she did things.”

To make things more complicated, despite seemingly reasonable reasons for changing the driving system (Sweden’s immediate neighbors – Denmark, Norway, and Finland – drove on the right, and most Swedes drove left-hand vehicles), the public was widely against the change and overwhelmingly voted down proposals for forty years, with the last referendum receiving a mere 17% approval rating. Nevertheless, in 1963, the government decided to go ahead with the policy change and spent the ensuing years establishing a National Traffic Safety Board to oversee its implementation.

Given the backdrop, the Swedish authorities understood they had to generate buy-in for the idea while also educating the population on how to adjust daily behavior. As such, and alongside logistics planning, they embarked on a comprehensive, multi-faceted four-year implementation program. Time Magazine explains:

“Once Parliament decided to switch, Swedish bureaucracy mobilized with terrifying efficiency. Psychologists made studies of drivers and pedestrians; traffic engineers surveyed Sweden’s 70,000 miles of roadway from Malmo to remotest Lapland. Thousands of new signs and traffic lights were ordered and every home, hospital and prison received manuals detailing the 107 basic European road symbols that would replace the helter-skelter Swedish markers. To make sure foreign workers and visitors got the message, the Commission on Right-Hand Traffic printed pamphlets in nine languages from Portuguese to Serbo-Croatian.”

In addition to a traditional educational program, Swedish authorities sought to engage with the population on a non-technical level. For example, the government was so successful in branding the event that, as explained by Time Magazine, “Stockholm’s N.K. department store reported a run on men’s shorts emblazoned with a big H, and milk containers sprouted slogans such as ‘Smile a little in the right-hand traffic. We are all beginners.’” The government also issued colored gloves to remind drivers which side was right (the left glove was black, the right glove was bright red), and a Swedish television station got the public involved in its own way. 99% Invisible explains further:

“Sweden’s television station even held a contest to write the best song to help people remember the imminent switch. The winner, Håll dig till höger, Svensson (‘Stick to the Right, Svensson’) by the Telstars, involved a bit of a double entendre—in Swedish, ‘keeping to the right’ is shorthand for being faithful to your spouse, while ‘going left’ means having an affair.”

These extensive preparations made what could have been an extraordinarily messy change – some were predicting a “Carmageddon” – relatively manageable. Of course, it was not a seamless switch, as The Washington Post noted “a bit of mayhem ensued” and Time Magazine reported a “brief but monumental” traffic jam. However, by all reasonable measures, the implementation was a success. The Monday after the switch there were no reported traffic fatalities, the number of accidents dropped relative to the previous week, and Sweden has been driving on the right-hand side ever since.

For us, Dagen H is a compelling case study of effective change management. First, it’s a reminder that reasonable ideas regularly face opposition, and sometimes leaders must force change, however unpopular. Second, even if the end result is clear, it can be prudent to allocate plenty of time for transition planning. Third, it’s important to spend just as much time strategizing how to win the hearts of those affected as well as their heads. Fourth, when implementing wholesale change, some messiness during the transition period should be expected. These are all lessons that we hope to keep in mind as we continue our work on improving portfolio company operations.