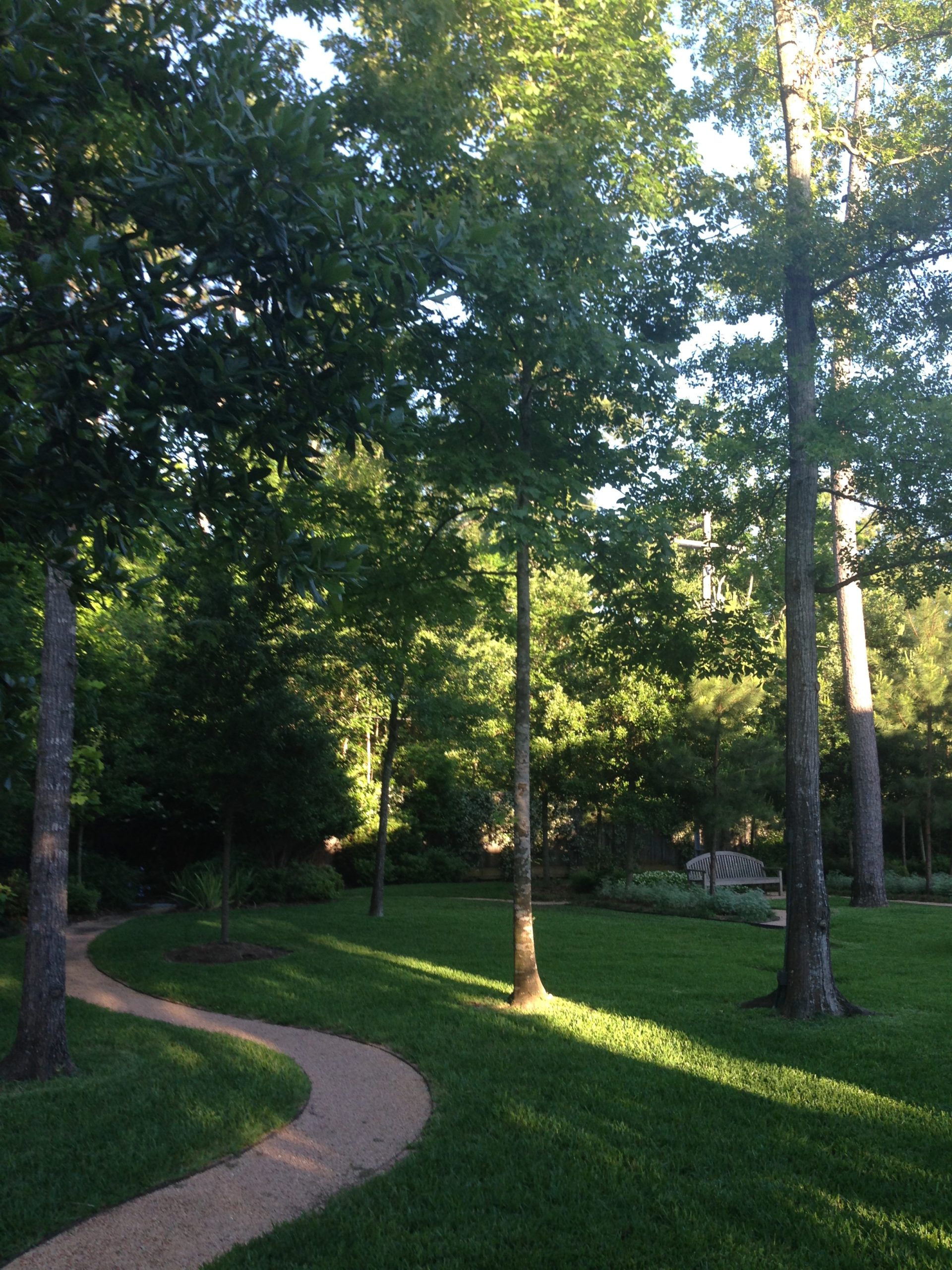 One of our favorite business school professors, Rosabeth Moss Kanter, recently published a new book titled “MOVE: Putting America’s Infrastructure Back in the Lead.” While she initially set out to write a book about leadership, as her research progressed, she could not ignore the congested roads, crumbling bridges, slow trains, and endless air traffic delays that impeded her physical progress to and from work every day.

In a recent NPR interview, Kanter noted that “it hurt her patriotic pride” when she rode on Shanghai’s super-fast and efficient subway system, and she wondered “why can’t we have trains like that in America?” Kanter elaborated during a recent interview with Jon Stewart when she noted that “crumbling” and “embarrassing” infrastructure causes the average American to spend 38 hours a year stuck in traffic, and the average American family to spend up to 20% of their household budget on transportation. While many have written about the sorry state of American Infrastructure, Kanter goes a step further. She argues that without investment, the American manufacturing economy will suffer. From a recent WSJ blog-post:

“There are many good reasons for an emerging manufacturing renaissance in America: efficiency and productivity in manufacturing through the use of technology; increasingly competitive wages; and proximity to America’s large markets…. Make or buy all that you want in the U.S., but if the transportation system doesn’t work, your business will suffer. That’s why the U.S. must address the huge problem of decaying infrastructure.”

According to a recent book review, “It all adds up to a new vision for American mobility, where local leaders shape initiatives without waiting for Congress to act, and ambitious companies partner with governments to tackle projects that serve the public good, create jobs, and improve quality of life while providing healthy sources of investment.”

While America is a long way away from a comprehensive infrastructure overhaul, Kanter’s book offers a compelling and inspiring perspective. We’ve seen first-hand how small businesses are unduly impacted by strains in infrastructure. For instance, while a large multinational can weather delays in product shipments due to transportation bottlenecks, these inefficiencies can be catastrophic for small business cash flow. We hope that Kanter’s message will be a catalyst for our nation to jump into action. In the mean time, we will continue to look for ways to mitigate the effects of poor infrastructure on small businesses.

This week, we attended a lecture by Jack and Suzy Welch about their newly released book, “The Real-Life MBA – Your No-BS Guide to Winning the Game, Building a Team, and Growing Your Career.” As one of the world’s most high profile CEOs, Jack Welch offered many practical insights into business management and leadership.

For us, the most important takeaway was that innovation should not be siloed into specific groups within an organization. Welch believes that this type of thinking demoralizes the majority of “non-innovator” employees, leading to widespread deference and ambivalence. Instead, innovation is something that all employees, regardless of position or department, should be expected to embrace at the individual level. To do this, management should encourage all employees to “find a better way, every day.” Welch elaborated on this philosophy in a recent LinkedIn post:

“It’s not just a slogan, it’s an operating principle. You want to engage every single person on your team to find a better way. You want to champion them for doing it and make a celebration out of what they improve, whether it be a more efficient accounting system, launching a new customer program, or making a screw in a factory turn a little faster to make things run a little better. Those are the real innovations. And together, with every mind in the game, they are what makes a company competitive.

So when you think about innovation, don’t let it scare you. Don’t let it be a buzzword that isolates 10 people in your company while the other 90 sit on the sidelines, waiting for the innovators to innovate. You’ve got to make innovation everyone’s job, all the time.”

To back up this approach, Welch argues that it is important to constantly celebrate the small victories that come with incremental innovation. While some feel that celebrating individual employees may cause others to feel left out, Welch believes that this is a short-sighted perspective that undermines creativity and personal achievement. To that end, he believes that the most successful companies are always celebrating.

Although simplistic, we believe that Welch’s “better way, every day” operating principle can be incredibly powerful. Over time, we hope to put this philosophy into action, and create a portfolio of operating companies that are constantly encouraging and celebrating incremental innovation.

It is easy to assume that great success stories were always thus. However, in the early days of many ventures, high achievement is far less certain. Along those lines, this week we read about how “Game of Thrones” went from a wildcard idea to the most popular show in the history of premium cable network television, clocking almost 20 million viewers per episode (Chenmark Partners included). From Fast Company:

“The show, which is based on George R.R. Martin’s books about warring families in medievalish times, didn’t appear to be a sure thing when creators David Benioff and D.B. ‘Dan’ Weiss first pitched it to HBO. It was viewed as a wildcard. HBO was The Sopranos and The Wire. How could this fanboy fantasy series feel worthy of the HBO pedigree?”

Ultimately, HBO took the plunge and the reasons for the decision, both to green light the series and to stick with it through Season 1, provide several valuable lessons for any business. First, it is always smart to bet on impressive, driven people. From HBO’s Lombardo (head of programming):

“[Dan and David] are very serious, and I mean that in the best possible way…I was at the gym one morning and I saw Dan Weiss on a recumbent bicycle. And he had this dog-eared paperback in his hand and he had a yellow highlighter, and I thought, I’m gonna go up and say hi. And he had George’s first book (A Song Of Ice And Fire). And I thought, oh my God— he has no idea I’m here, he’s read this 20 times, and he’s still . . . . It’s that kind of focus (that made me believe) these are the right guys for us to do a show with.”

The second lesson is that to achieve great success, one must be willing to take smart, calculated bets. Early on in initial filming, BBC pulled out, leaving HBO to fund the enormous production budget itself. At a cost of $6 million per episode, the capital outlay was significant but ultimately necessary to create the authentic look and feel of Westeros that would captivate potential fans. Again from Lombardo:

“I knew this was a big swing for us. To pull this off on a TV budget . . . because even though people talk about our big budgets, we didn’t have the money Lord Of The Rings had to pull this off. And I think the consumer had a certain bar in their mind of how something had to look to have the feel of authenticity. You really had to transport yourself into a world that felt real even though it was a mythical world. And that takes money and expertise, and, so, we were aware of that.”

Finally, its important to remember that success isn’t always immediate. During the pilot phase, Weiss noted that “[initially] there was no evidence at all to our senses that this was going to be anything other than a very expensive also-ran.” Benioff added, “The initial numbers were not that great. We were a little disappointed. They slowly climbed as the year went on. The moment we felt it was working was when Ned Stark, (a patriarch on the show) was executed during season one. And it sort of seemed like the Internet blew up–we were getting so many emails like, what have you done? The fact that we got that reaction to a fictional character…”

As much as Game of Thrones seems like entertainment, the story of its development is an excellent example of good business principles that can apply across industries. For HBO, at least, it seems that Winter isn’t coming any time soon.