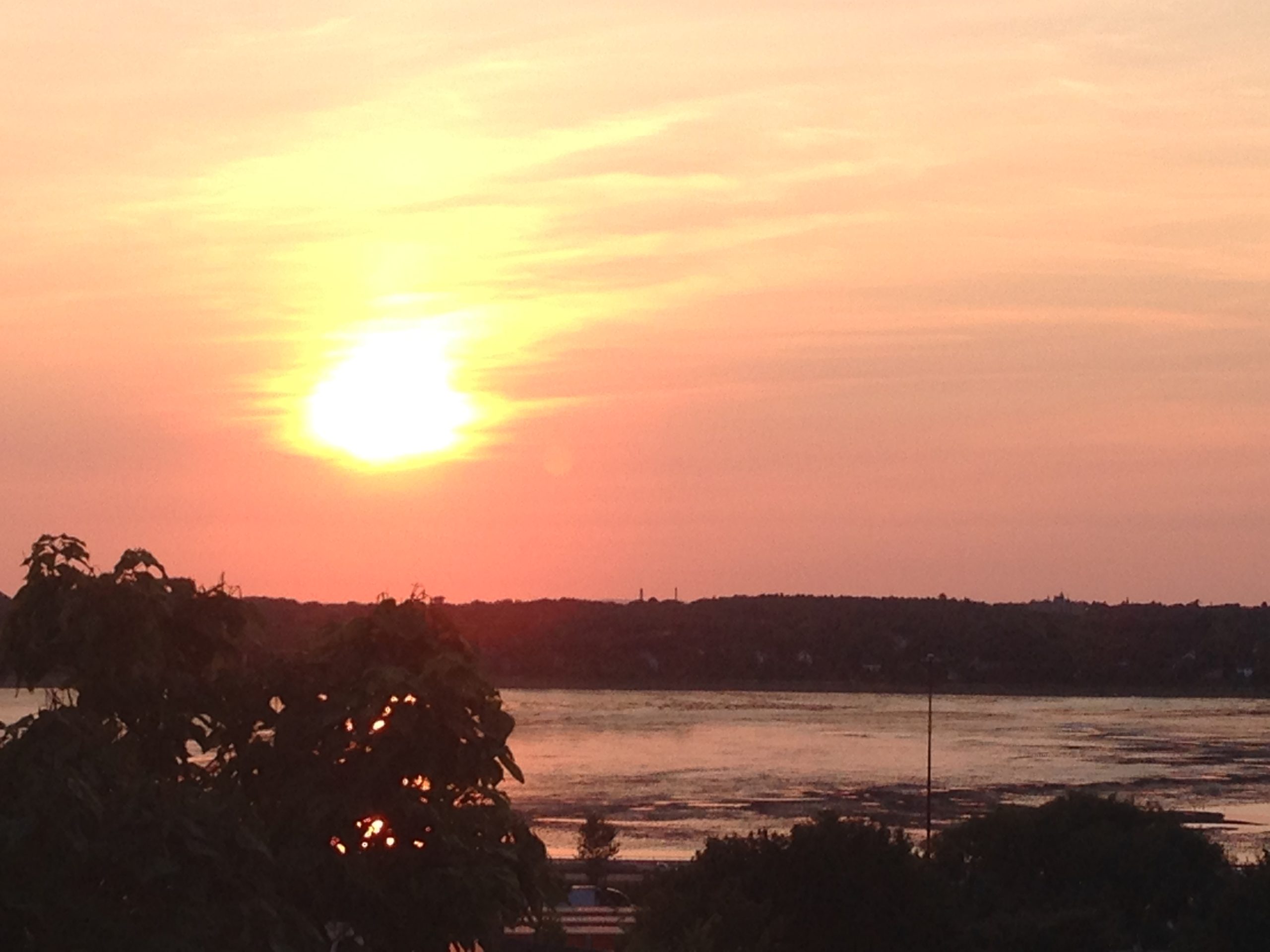 Weekly Thoughts: Inside the Box, 10,000 Hours?, and Boaty McBoatFace

What do a Sony Walkman, the Captcha system, the Gillette TRAC II, a TV remote, and transition lenses have in common? According to two innovation researchers, Drew Boyd of the University of Cincinnati and Jacob Goldenberg of Hebrew University, they each exemplify a technique for “systematic inventive thinking,” a term coined by the researchers to codify a way to foster innovation more consistently. From their perspective, “The traditional view of creativity is that it is unstructured and doesn’t follow rules or patterns. Would-be innovators are told to ‘think outside the box,’ ‘start with a problem and then brainstorm ideas for a solution,’ ‘go wild making analogies to things that have nothing to do with your product or service.’”

Colloquially dubbed “in-the-box thinking,” Boyd and Goldenberg’s approach is the exact opposite of this status-quo. Their research indicates that “People are at their most creative when they focus on the internal aspects of a situation or problem—and when they constrain their options rather than broaden them. By defining and then closing the boundaries of a particular creative challenge, most of us can be more consistently creative.”

To accomplish this creative focus and change the process by which we innovate, Boyd and Goldenberg propose following five standardized techniques:

The first is subtraction, where removing important elements of a product can create a new product for a new market. The most commonly used example of this is the Sony Walkman. Up until its release, cassette recorders, as the name suggests, always came with a recording function. By eliminating the recording capability, Sony was able to drastically reduce the size of the device and make it mobile — essentially creating the market of music on the go.

The next is called task unification and involves bringing together seemingly unrelated functions. If you have spent any time on the internet, you are likely familiar with the Captcha method of authenticating humans from web-bots. What you probably don’t know is that those strings of funky letters are actually snippets of text from books that computers cannot read. By submitting a Capthca chain at your next e-checkout, you are helping transcribe a portion of an estimated 150,000 books being manually digitized this way each year.

Third is multiplication, which as the name suggests, involves copying and then changing a component part of a product. In a world of five-blade razors, it may be hard to remember that not long ago, single-blade razors were the only game in town. By doubling the blade count and altering the angles to give each blade it’s own unique function, the Gillette TRAC II was able to provide a drastically higher quality and closer shave.

The fourth technique is division and requires separating components and rearranging them in a new way. On original TV sets, the controls were incorporated into the box, always at the bottom where heat from the cathode tubes wouldn’t melt the then fragile parts. By separating the control functions from the screen, TV owners could place their machines wherever, and no longer had to bend over to change the channel.

The final technique is attribute-dependency which means connecting a part of a product to some change in the environment. Transition lenses, like auto-adjusting windshield wipers, are examples of an external force driving an adaptation in the product or its function. It may not seem that creative now, but rewards points are another example, where discounts are a function of previous buying volume.

Overall, Boyd and Goldenberg’s framework for innovation is meant to overcome one common psychological impediment to innovation we all share: functional fixedness. Originally isolated by social scientist Karl Duncker in the now famous candle problem experiment, functional fixedness describes our natural inability to find new uses for things that already have a defined or perceived function. By focusing on Boyd and Goldenberg’s techniques for in-the-box ingenuity, we hope to uncover our own Walkman success at Chenmark.

It is difficult to find any literature regarding practice or the development of expertise without running into the “10,000 Hour Rule” made famous by Malcolm Gladwell in his 2011 book Outliers. Based on research on high level violinists, Gladwell noted that the very best musicians have likely accumulated 10,000 hours of practice by the time they turn 20, an observation which has since been generalized to imply that this amount of experience is the requirement to attain mastery.

While there is clearly a link between practice time and skill development, we learned this week from the authors of the original violinist study that the benchmark of 10,000 hours is somewhat arbitrary and that the process for achieving peak performance is more nuanced than the popular narrative would suggest. First, the 10,000 hour marker represented an average across students, not a threshold. Second, the level itself seems to represent a snapshot in time in the scope of a larger skill development process. From a recent Salon article:

“there is nothing special or magical about ten thousand hours. Gladwell could just as easily have mentioned the average amount of time the best violin students had practiced by the time they were eighteen — approximately seventy-four hundred hours — but he chose to refer to the total practice time they had accumulated by the time they were twenty, because it was a nice round number. And, either way, at eighteen or twenty, these students were nowhere near masters of the violin. They were very good, promising students who were likely headed to the top of their field, but they still had a long way to go at the time of the study.”

Other than the specific amount of time spent, the other weakness in Gladwell’s rule involves a dramatic oversimplification of the process. The 10,000 hour guideline implies that one can spend large amounts of time doing anything and automatically become proficient. The reality is that the type of practice matters a great deal. From Salon:

“This distinction between deliberate practice aimed at a particular goal and generic practice is crucial because not every type of practice leads to the improved ability that we saw in the music students or the ballet dancers. Generally speaking, deliberate practice and related types of practice that are designed to achieve a certain goal consist of individualized training activities — usually done alone — that are devised specifically to improve particular aspects of performance.”

The solitary nature of deliberate practice raises the final important point regarding expert skill development. It’s hard, it’s lonely, and the development process is likely to be considerably more volatile than expected. Bill Gates, who was featured prominently in Gladwell’s book, emphasized this point in a 92nd Street Y talk several years ago when he noted that the path toward 10,000 — or however many — hours is never a smooth linear curve. Instead, it involves fits and starts of progress punctuated by inevitable setbacks and missteps along the way. Getting to 10,000 hours then is less about marking time and more about surviving a war of attrition that only the most fanatically committed are able to endure.

For us, the key takeaway from this collection of observations is that we shouldn’t think about attaining expertise as a 10,000 hour or bust proposition. Progress is possible in as little as a few hours and certainly can continue well after the 10,000 hour hurdle is met. Regardless of the amount of time involved, however, the path to mastery is, by necessity, difficult and exclusive and requires that one embrace the inevitable grind. As we continually work to improve our own performance, we feel very fortunate that we have teammates to lean on as we progress through the hours, however many there may be.

When reading about the U.K. National Environmental Research Council’s (NERC) recent effort to engage with its citizens in the naming of a $287 million polar research ship, we were reminded of the fact that you should refrain from asking a question for which you don’t want to hear the answer. Earlier this year, Jo Johnson, Britain’s Science Minister, enthusiastically supported an internet naming poll, remarking, “can you imagine one of the world’s biggest research labs traveling to the Antarctic with your suggested name proudly emblazoned on the side?” Internally, Johnson and the NERC wagered names such as Shackleton, Falcon, or Endeavor would be victorious when the votes were tallied.

However, things took a surprising turn when journalist James Hand proposed that the ship be called R.R.S. Boaty McBoatface. Much to the NERC’s chagrin, the name instantaneously became the most popular choice, finishing the poll with 120,000 votes, more than four times that of the second place choice. In the end, Johnson was placed in the unfortunate situation of having to override the poll, eventually naming the boat R.R.S. Sir David Attenborough. In his remarks, Johnson noted that while the NERC was “delighted by the enthusiasm and creativity” of the poll participants, they wanted “something that fits the mission and captures the spirit of scientific endeavor.” While we feel for Mr. Johnson, it’s important to note the Boaty McBoatface situation is not abnormal, as outlined by the New York Times:

“Remember when Slovak lawmakers overrode the public’s vote in 2012 to rename a pedestrian bridge after the actor Chuck Norris? Or the debacle in Austin, Tex., a year earlier, when people unsuccessfully tried to name the city’s waste management service after Limp Bizkit’s frontman, Fred Durst? Corporations have also tried the tactic, and the penalty for trying to play with the Internet tends to be meaner: Mountain Dew learned the hard way when 4 Chan took control of a vote to name a new flavor, and the joke was on Taylor Swift and VH1 when the Internet chose a school for the deaf as a concert location.”

The reality is that, regardless of communication forum, many leaders can find themselves caught in this type of tricky situation: on the one hand desiring to engage with and generate buy-in from ones constituency, on the other knowing that any individual constituent may not have a solid understanding of, or care for, the bigger picture. In many ways, the ultimate role of a leader is to bridge this gap by making sometimes unpopular decisions based on multiple data points. The key to navigating this tension is in the nuanced understanding of when one should incorporate constituent feedback — because it’s pointing out a blind spot — and when to dismiss feedback — because it’s truly not in the best interests of the entity. Admittedly, this is an area where we still have room for improvement, but it is something that we continue to be focused on as we progress with our business ventures.