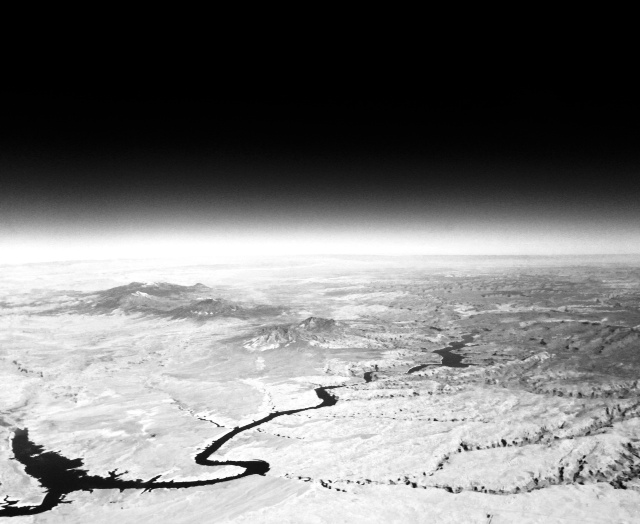 While we spend most of our time focusing on topics related to finance and investing, we try, as much as possible, to incorporate information and articles from other fields. We believe strongly that broad inquiry into many arenas will, over the long run, provide a more comprehensive world view that will ultimately make us better at our job. We draw inspiration from Charlie Munger who has long trumpeted the importance of such an interdisciplinary approach. In a 2003 speech Munger said,

“The big general objection to economics was the one early described by Alfred North Whitehead when he spoke of the fatal unconnectedness of academic disciplines, wherein each professor didn’t even know of the models of the other disciplines, much less try to synthesize those disciplines with his own … The nature of this failure is that it creates what I always call ‘man with a hammer’ syndrome. To a man with only a hammer, every problem looks pretty much like a nail. And that works marvellously to gum up all professions, and all departments of academia, and indeed most practical life. So, what do we do, Charlie? The only antidote for being an absolute klutz due to the presence of a man with a hammer syndrome is to have a full kit of tools. You don’t have just a hammer. You’ve got all the tools.“

We had Munger’s comments in mind when we read an article on Nate Silver’s fivethirtyeight blog about poker algorithms. From the article:

“Poker has been solved. Michael Bowling, a computer science professor at the University of Alberta — along with co-authors Neil Burch, Michael Johanson and Oskari Tammelin — published findings to that effect earlier this month in the journal Science. For a specific poker game — heads-up limit hold ‘em — a computer algorithm is now indistinguishable from perfect.

What’s more, the program — dubbed Cepheus — is self-taught. Over two months, it played trillions of hands against itself. It learned what worked, what didn’t, and it improved. The game is now ‘solved’ in the sense that you could play poker against Cepheus all day, every day for a lifetime and not be able to distinguish the program from the Platonic ideal of a poker player.”

Solving a complex game like poker is clearly impressive, but perhaps more important is that the creators of Cepheus are taking an interdisciplinary approach when thinking about the potential applications for their learning algorithm. To the extent that other real world situations can be reduced to a type of game, an algorithm that teaches itself to play poker can have a much broader impact on the world. Again from the article:

“’We’re not doing research into games. I’m not here doing work that will allow humans to play better checkers,’ said Schaeffer. ‘We’re interested in finding ways to make computers perform tasks that you normally think humans should be doing.’ Games are just the test bed…

Bowling’s poker work has spilled over into diabetes treatment. Rather than finding the optimal strategy in a poker hand, a similar algorithm can provide optimal treatment recommendations for adjusting insulin injection formulas. The ‘game,’ in this case, is dealing with the worst-case responses of a patient to a given treatment. ‘We have a proof-of-concept paper that shows that robustness according to a certain class of risk measures can be optimized by solving this carefully constructed game,’ Bowling explained.'”

We applaud thinking of this type and we hope to follow Bowling’s example by researching winning approaches in disparate areas and finding ways to apply them to our own interests.

Every once in a while, the world does something delightful. Somebody takes something common place, flips it on its head, solves a problem and changes perceptions. Enter, the growing market for “ugly vegetables” and “unsightly fruit.” From a recent NPR article:

“Around the country, food service companies, grocers and entrepreneurs passionate about fighting food waste are rallying to buy up fruits and vegetables excluded from the produce aisle because of their defects. We’re not talking rot or bad taste here, just purely superficial stuff: a carrot with multiple tips, a leek that grew in curvy, apples dented by hail.

Such imperfections happen all the time on the farm, but they don’t fit the standardized version of fruits and vegetables consumers have come to expect. While farmers have traditionally donated some of this, up to now, many have had little financial incentive to market this produce, since big buyers don’t want it.

The fact that consumers want aesthetically pleasing produce creates significant waste. According to the United Nations Environment Program, an estimated 20-40% of fresh produce is wasted because it failed to meet retailers – and consumers – cosmetic standards. As reported by NPR, ‘The worst offender for us is potatoes. I’d say we cull up to 30-35 percent … because of weird, cosmetic things they have,’ says Tim Terpstra, the farm manager at Ralph’s Greenhouse, which grows mostly root vegetables on a 250-acre spread in Mt. Vernon, Wash.”

While travelling in France in 2014, we first noticed this trend when we were stocking up at a local grocery store. During that time, Intermarche – France’s 3rd largest supermarket – launched an “inglorious fruits and vegetables” campaign to get consumers to see the beauty of ugly produce. From the NPR article:

“The Intermarche campaign made hideous fruits and veggies the star of the show. In TV commercials and print ads, the supermarket promoted absurd-looking produce like ‘the grotesque apple,’ ‘the failed lemon,’ ‘the disfigured eggplant,’ ‘the ugly carrot’ and the ‘unfortunate clementine.’ The campaign was a temporary experiment in a store in Provins, outside Paris. Intermarche bought up the lumpy and bumpy stuff that would have gotten discarded and gave it its own aisle in the supermarket, selling it at a 30 percent discount. To convince shoppers that looks may have suffered but taste did not, the retailer also sold soups and shakes made with them.”

As it turns out, “unfortunate” fruits and vegetables may not be worthless. NPR reported that Intermarche’s initial campaign was “quite successful: Marcel, the creative agency behind Intermarche’s campaign, says overall store traffic rose 24 percent. It was so successful, in fact, that Intermarche brought the idea back for a week in October in all of its 1,800 stores, and its competitors in France, Auchan and Monoprix, have launched similar initiatives.” Similar programs have spread throughout Europe, the United States, and Canada.

While the “ugly fruit and veg” movement still has some supply chain issues to work out before it becomes a regular feature of your local produce department, we support the notion that even if a product has blemishes, it still retains some value. We hope to keep this mindset intact while we analyze opportunities in the business space. Just because a business might be “unsightly” doesn’t mean it belongs in the trash bin.

While 3G capital has been a well known firm in the investment community for some time, their recent deal with Berkshire Hathaway to merge Heinz and Kraft prompted us to investigate the operating principles that have made Jorge Paulo Lemann and team so successful over the years. Accordingly, we have been working through Dream Big, a 2014 book by Cristiane Correa which chronicles the history of 3G’s leadership from their early days at Banco Garantia to their present ownership of many of America’s most iconic brands.

A primary theme of the book focuses on partnership, a topic we spend significant time discussing internally. At a fundamental level, many of the most important business decisions require a choice of how to align oneself. From an investment perspective, we need to partner with outgoing business owners to ensure a smooth transition. If management is staying on board, we need to form a strong working relationship as quickly as possible. When we use advisors, we need to be able to rely on their counsel.

Internally, the demands are the same. We need to create an environment that allows us to get the most out of each other as partners. When we hire new people, we need them to share in our vision. The question then is how to find the right people? Jim Collins asked this very question of the 3G leadership. From Dream Big:

“I once asked, ‘What is the essence of the type of person you are looking for?’ The answer: ‘We are looking for fanatics.’ We live in an age when people want a quick fix, a shortcut to exceptional results. But there is no such easy path. There is only an intense, long-term, sustained effort. And the only way to build that kind of enterprise is to be fanatic. Such obsessed people do not become the most popular people, as they often intimidate others, but when fanatics come together with other fanatics, the multiplicative effect is unstoppable.”

We share in 3G’s belief that anything worth doing is worth doing fanatically. We believe that full commitment is essential not just to business success but to all aspects of life, and we seek to partner with people who believe the same.