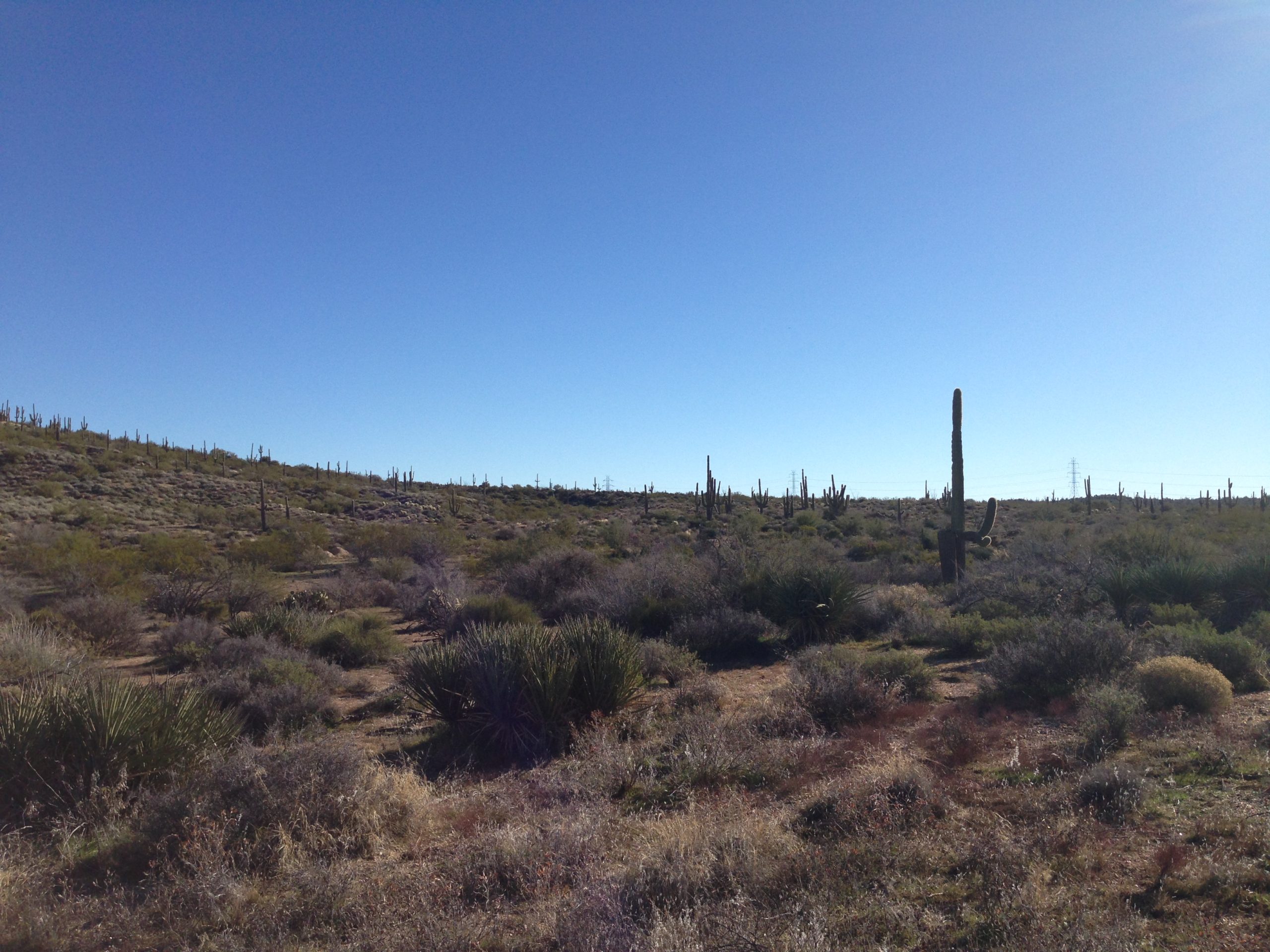 Weekly Thoughts: Intrinsic Value and Liquidity, The Power of Two and Garbage Innovation

Investors generally, and those with a value bias in particular, focus intently on the concept of intrinsic value. They see their job as a constant attempt to identify discrepancies between the market price of a company or security and its true worth based on the cash flow or earnings it is likely to produce. That said, calculating intrinsic value is complicated and highly subjective. Even Warren Buffet admits that “intrinsic value is an estimate rather than a precise figure… two people looking at the same set of facts… will almost inevitably come up with at least slightly different intrinsic value figures.” How then should we think about value in a standardized way?

The Philosophical Economics blog had an interesting take on this issue in a recent post. The author defines intrinsic value as “the maximum price that an investor would be willing to pay to own the security if he/she could not ever sell it,” and then poses the following question:

“Suppose that I have a security to sell you. The security works as follows. It pays out $10 in dividends per year. The dividends grow at a real (inflation-adjusted) rate that ranges anywhere from 3% to 5% per year. Of course, over the short-term, the dividends can grow at different rates–sometimes they can even grow at negative rates, i.e, fall. But, crucially, over the very long-term, they always recover. They always regain their 3% to 5% long-term growth trendline.

The question: what is the maximum price that you would be willing to pay, in cash, to own the security, if you could not ever sell it? Alternatively, what, for you, is the ‘intrinsic value’ of the security?

I’ve posed this question to a number of individuals, both inside and outside the financial industry. Almost everyone answers with a price that is less than $250. Note that at a price of $250, the security would offer a 4% yield, fully protected from inflation, with 3% to 5% real per annum growth added on top. Not bad. That valuation is seen as minimally necessary to compensate the investor for the cost of forever parting with his principal.”

Interestingly, the author goes on to point out that this dividend profile is simply that of the S&P 500 scaled down by a factor of four, and therefore implies an intrinsic value of the index roughly half of the current trading level if the 4% yield scenario is selected. What then explains the difference between the two values? According to the author, it is the ability to exchange one’s holding in the S&P 500 for cash. From the post:

“The intrinsic value of a security–the price that investors would be willing to pay to own it on the stipulation that they would have to hold it indefinitely–is dramatically different from the price that investors are willing to pay knowing that they can easily sell it to others (without incurring a large loss.) That difference is the value of liquidity.”

Liquidity may be the most popular term of the post-financial crisis era. There are plenty of articles pointing out the relationship between global quantitative easing and higher asset prices. However, we found the juxtaposition between actual cash flow and trading value particularly interesting in this case, because it is an issue we have considered at length on a much smaller scale. In fact, considering an investment in any small business requires us to ask the very same question as the author. How much should we expect to be compensated for sacrificing liquidity and accepting the uncertainty associated with a stream of cash flow from a single enterprise? We have no easy answer to this question, but in an environment where liquidity is all the rage, we suspect the illiquid end of the pool is where we’ll find the best deals.

The Power Of Two

In his widely publicized 2014 graduation address at the University of Texas-Austin, Admiral William McCraven outlined several powerful ideas for “how to change the world.” The speech is terrific and we encourage you to view it in its entirety. This week, however, we spent time thinking about his second point on the value of partnership. McCraven was one of the first SEALs, and he relays how getting through the training and ultimately being successful on the battlefield requires teamwork of the highest order. He further highlights how this is not-unlike any life or business endeavor where everyone must rely on others to achieve great things. “If you want to change the world,” he says, “find someone to help you paddle.”

We were reminded of McCraven’s speech when reading an article in the Atlantic about the partnership between John Lennon and Paul McCartney. According to Joshua Wolf Shenk, whose article in the Atlantic was an except from a book he published on the power of partnership, Lennon and McCartney were both tremendous musicians with distinct styles and temperaments. They were each likely the achieve some degree of success individually but it was their partnership that made the Beatles the ubiquitous worldwide phenomenon. From the article:

“For centuries, the myth of the lone genius has towered over us, its shadow obscuring the way creative work really gets done. The attempts to pick apart the Lennon-McCartney partnership reveal just how misleading that myth can be, because John and Paul were so obviously more creative as a pair than as individuals, even if at times they appeared to work in opposition to each other. The lone-genius myth prevents us from grappling with a series of paradoxes about creative pairs: that distance doesn’t impede intimacy, and is often a crucial ingredient of it; that competition and collaboration are often entwined.”

Regarding the Beatles specifically he notes:

“Paul and John seemed to be almost archetypal embodiments of order and disorder. The ancient Greeks gave form to these two sides of human nature in Apollo, who stood for the rational and the self-disciplined, and Dionysus, who represented the spontaneous and the emotional. Friedrich Nietzsche proposed that the interaction of the Apollonian and the Dionysian was the foundation of creative work, and modern creativity research has confirmed this insight, revealing the key relationship between breaking and making, challenging and refining, disrupting and organizing.”

We agree strongly with the notion that partnership breeds creativity and accountability. We also understand that partners who push one another can collectively achieve fantastic results even if tensions occasionally mount. Ben Horowitz, who has frequently been quoted in this space, summed up the essence of his successful partnership with Marc Andressen perfectly saying, “we pushed each other hard enough to make each other better, but not so hard that either of us would leave.”

We intend to strive for greatness and we aren’t afraid to push each other to accomplish our goals. That said, we understand the importance and value of forming a strong bond and recognize that we wont get anywhere if we don’t help each other paddle.

We read an interesting article in Wired Magazine this week about Rubicon Global, a startup in the waste management space that is attempting to disrupt the industry in several ways. It operates a platform, similar to that of Uber or AirBnB, that connects local garbage haulers to large corporations with significant waste management needs. By promoting competition within its network and with the large national players, Rubicon hopes to drive down garbage collection costs.

What’s even more interesting is that the company also makes money by recycling any salvageable items found in its waste stream, allowing it to profit as it is reducing the trash footprint of its clients. From the article:

“‘The disruption of our model really exists around our revenue structure,’ Morris (the co-founder) says. ‘We’re making sure all the incentives align for the first time in the waste industry.’ In other words, unlike traditional haulers, Rubicon is most successful when it keeps trash out of landfills, not in it.

According to Eric Orts, a professor at the Wharton School of Business and faculty director of the Initiative for Global Environmental Leadership, it’s this realignment that will be crucial to influencing change. ‘You have an expanding population on the planet using more and more stuff. At some point you can’t follow the old model anymore,’ he says. ‘It’s about how we redefine the whole process so you don’t want to do that anymore.’

Rubicon, which is a member of the Initiative’s corporate advisory board, does just that, Orts says. ‘It’s a no-brainer, if it costs less to reduce your waste. That’s a business case,’ he says.”

The notion of doing well by doing good is extremely compelling for us, and we think it is an important trend to monitor as customers, co-workers, and investors all begin to include the social influence of a company in their analytical or purchase decision processes.