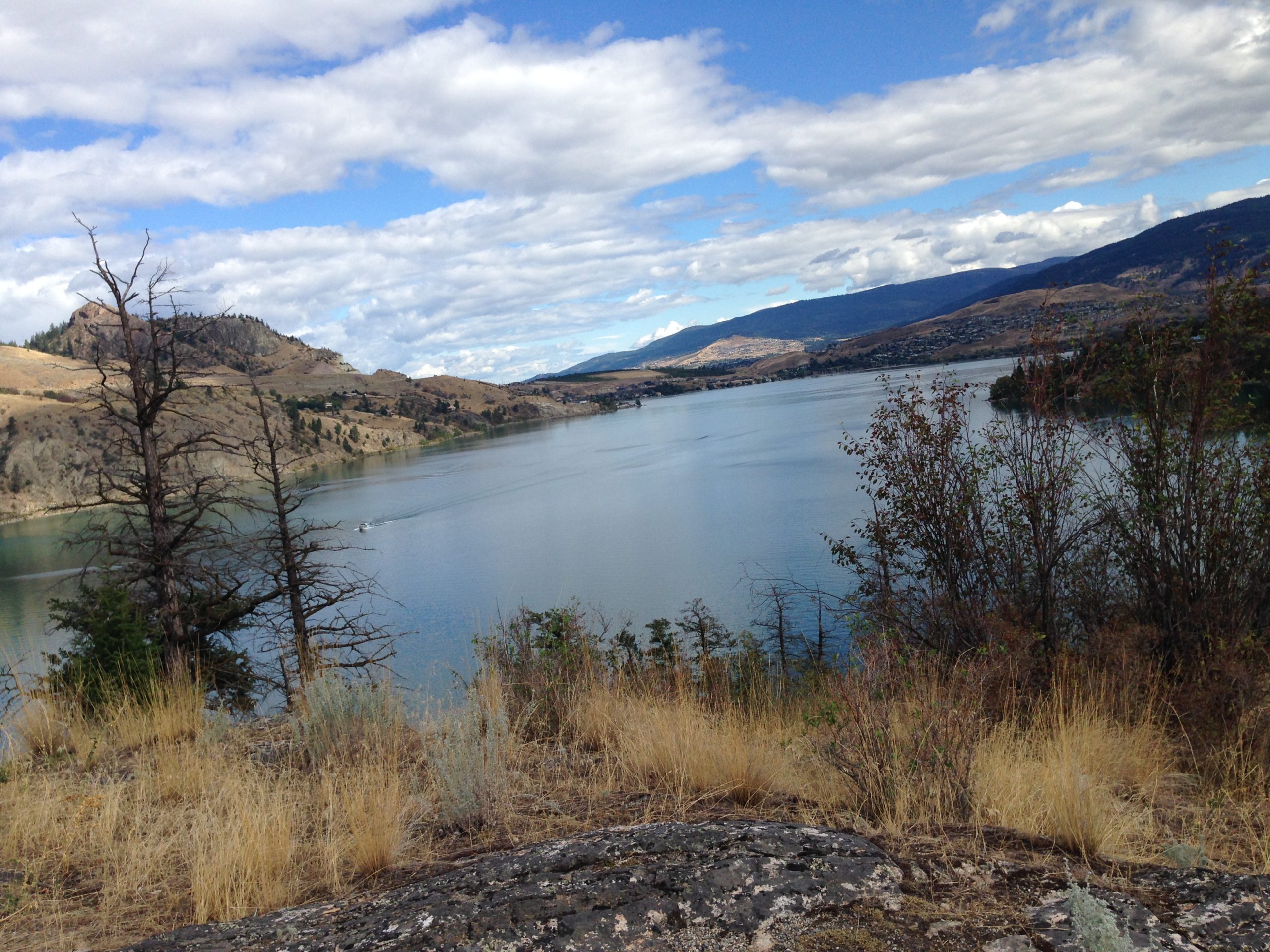 This week Andrew Ross Sorkin of the New York Times put out a great article that touches upon a topic that we have struggled with for many years: How can certain individuals become so wildly successful, so influential, and so admired despite having obvious character flaws? To explore this subject, Sorkin focuses on a forthcoming documentary by Alex Gibney about Steve Jobs that asks whether the Apple Founder and CEO deserves to be so widely admired. From the article:

“Steve Jobs was a complicated leader: brilliantly creative and obsessive about details yet so maniacal that he could make his colleagues cry and, yes, he created his own truth at times. (That’s the polite way of putting it.) Mr. Gibney, a talented and persuasive filmmaker, uses the next two hours to seemingly make the case that Jobs, the man, doesn’t deserve the iconic status he attained. Through a series of interviews — including one with the mother of a child Jobs denied for years was his own — Mr. Gibney paints Jobs as ‘ruthless, deceitful and cruel.’ Mr. Gibney goes through a laundry list of Jobs’s sins: backdated stock options, factory conditions in China and secret agreements with Silicon Valley rivals to prevent employee-poaching.”

The fact that Jobs had some questionable leadership qualities is nothing new. It’s also possible that the stark juxtaposition between technology iconoclast and total a**hole is what fuels the never-ending commentary and analysis on Jobs’ life. What is interesting to us is that Jobs’ dark side is not really that unique. We all know successful people — businessmen, politicians, celebrities — who are total jerks, but manage to maintain their status, which seems totally backwards. However, according to a recent Atlantic article titled Why it Pays to be a Jerk, pleasantries might just be for middle management suckers. From the article:

“‘We believe we want people who are modest, authentic, and all the things we rate positively’ to be our leaders, says Jeffrey Pfeffer, a business professor at Stanford. ‘But we find it’s all the things we rate negatively’ — like immodesty — ‘that are the best predictors of higher salaries or getting chosen for a leadership position.’”

The lengthy Atlantic article goes on to inform us that semi-obnoxious behavior and overconfidence actually make a person more powerful; that agreeableness is a trait that tends to make people poorer; and that the snobby, condescending sales tactics at luxury retailers actually extract more money from shoppers than more benign approaches. Acting like a jerk can backfire to produce poor results, however. According to a study by Donald Hambrick of Penn State, measuring a CEO’s narcissism against the performance of his or her company results in a U-shaped distribution. From The Atlantic:

“Narcissistic CEOs, he found, tend to be gamblers. Compared with average CEOs, they are more likely to make high-profile acquisitions (in an effort to feed the narcissistic need for a steady stream of adulation). Some of these splashy moves work out. Others don’t. But ‘to the extent that innovation and risk taking are in short supply in the corporate world’—an assertion few would contest—’narcissists are the ones who are going to step up to the plate.’”

While it’s true that some people with questionable character traits achieve great success, we feel more comfortable believing that being a jerk is not a requirement for success. To us, the key seems to be the ability to use aggression as a tool. Simply being a jerk is unlikely to produce long lasting results, but knowing when to be a jerk may be a useful, strategic skill to cultivate. Like most things, the answer is likely somewhere in the middle.

This week, we were referred to a New York Times op-ed by Frank Bruni titled The Myth of Quality Time. In this widely shared piece, Bruni discusses the value of relationships forged from simply being present and sharing time with loved ones. Bruni goes on to argue that true quality time is organic and unpredictable, and therefore cannot be scheduled. From the article:

“People tend not to operate on cue. At least our moods and emotions don’t. We reach out for help at odd points; we bloom at unpredictable ones. The surest way to see the brightest colors, or the darkest ones, is to be watching and waiting and ready for them.”

In the modern world, it’s easy to think that a text message or email can replace physical presence. While there is no doubt that technology makes it easier to stay in contact with friends and family across the globe, Bruni reminds us that there is simply no substitute for the special moments that occur during unscheduled, in person, quality time.

The notion that deep relationships are forged simply by being present extends beyond family and friends. In a 2013 Harvard Business Review article titled The First Secret of Success, Professor Rosabeth Moss Kanter argued that having a good — even great — idea is not enough. Rather, the first key to inspiring positive change is to simply show up. From the article:

“It’s an apparent paradox: The declining significance of place is associated with the rising significance of place. Technology helps us connect with anyone anywhere nearly instantaneously, crowdsource ideas, and work on virtual teams without ever being in the same place. But being in the same place at the right time means being able to make serendipitous connections, and even to get mistaken for someone important. That’s why executives trek up the snowy Swiss mountains to Davos, or why art dealers flock to Art Basel and Art Basel Miami.”

Showing up is not just important from a relationship standpoint; it also helps the creative process. As painter and photographer Chuck Close noted, “inspiration is for amateurs…the rest of us just show up and get to work.” With regards to creative-types, Woody Allen is probably the most well known supporter of the power of simply showing up. From a 2008 Collider interview:

“I made the statement years ago which is often quoted that 80 percent of life is showing up. People used to always say to me that they wanted to write a play, they wanted to write a movie, they wanted to write a novel, and the couple of people that did it were 80 percent of the way to having something happen. All the other people struck out without ever getting into that pack. They couldn’t do it, that’s why they don’t accomplish a thing, they don’t do the thing, so once you do it, if you actually write your film script, or write your novel, you are more than halfway towards something good happening. So that I [would say was] my biggest life lesson that has worked. All others have failed me.”

Our team believes strongly in the notion that a commitment to showing up establishes the framework for molding great ideas and good intentions into successful businesses and deep relationships. While we are, admittedly, an introverted group, our reading this week is a good reminder that the long term value of showing up greatly outweighs the short-term pleasures of staying home alone for some quiet time.

We’ve always been fascinated with how new ideas make their way into popular culture. For instance, we take great satisfaction in understanding the stories behind how seemingly commonplace things — like diamond engagement rings, General Tso’s Chicken, or universal voting rights, all of which are actually relatively new phenomena — made the leap from fringe to mass acceptance. This week we spent time reading about how such phenomena develop.

Academically speaking, Everett Rodgers’ 1962 Diffusion of Innovations theory really defined the field and outlined how ideas progress along a bell-shaped curve with “Innovators” and “Laggards” occupying the tails of the distribution and the mass market representing the middle. While technically accurate, the use of a bell curve implies a degree of static isolation between the various groups that oversimplifies real world nuances. To us, it seems unlikely that there is some magical group of dedicated “Early Adopters” out there with an unabashed willingness to try new things, and similarly a group of “Laggards” with blanket disdain for innovation. From a personal standpoint, we readily admit that we’ve been early on some trends and totally behind the curve on others. For instance, we’ve been drinking Bulletproof Coffee for years, but still have no clue, or interest in, how Twitter works. On a large scale, adoption will be driven by a variety of factors like interest, availability, and initial trial success that are unique to each individual. Seth Godin elaborated on this dynamic in a recent blog post:

“Different people have different mindsets when encountering various markets. Some people are eager to try new foods, but always rely on proven fashions or cars. Some people live on the edge of popular culture when it comes to lifestyle, but want to be in the back of the room when it comes to their understanding of the latest science.”

The other key issue with the bell curve representation of adoption is that it fails to account for the interaction between the various groups that will surely be necessary for a new idea to move forward. A nice alternative, according to Godin, is to focus adoption studies on the idea, product, or service itself rather than on the people who are doing the adopting. He illustrates this concept as follows:

By viewing acceptance of a new idea as a series of concentric ellipses one gains a better appreciation for the ways in which perception can be influenced by people at each stage of the process. Moreover, a focus on the idea itself allows for the individuals involved to move across groups in a way that more accurately reflects reality.

From a business standpoint, competing adoption frameworks remind us that developing a new idea is complex, highly idiosyncratic, and time consuming. To really achieve mass appeal, any new product, service, or process has to move through each stage, from “fringe” to “risky” to “new” with no guarantee of success at the next level and no shortcuts in between. The good part is that for us, that process is part of the fun.