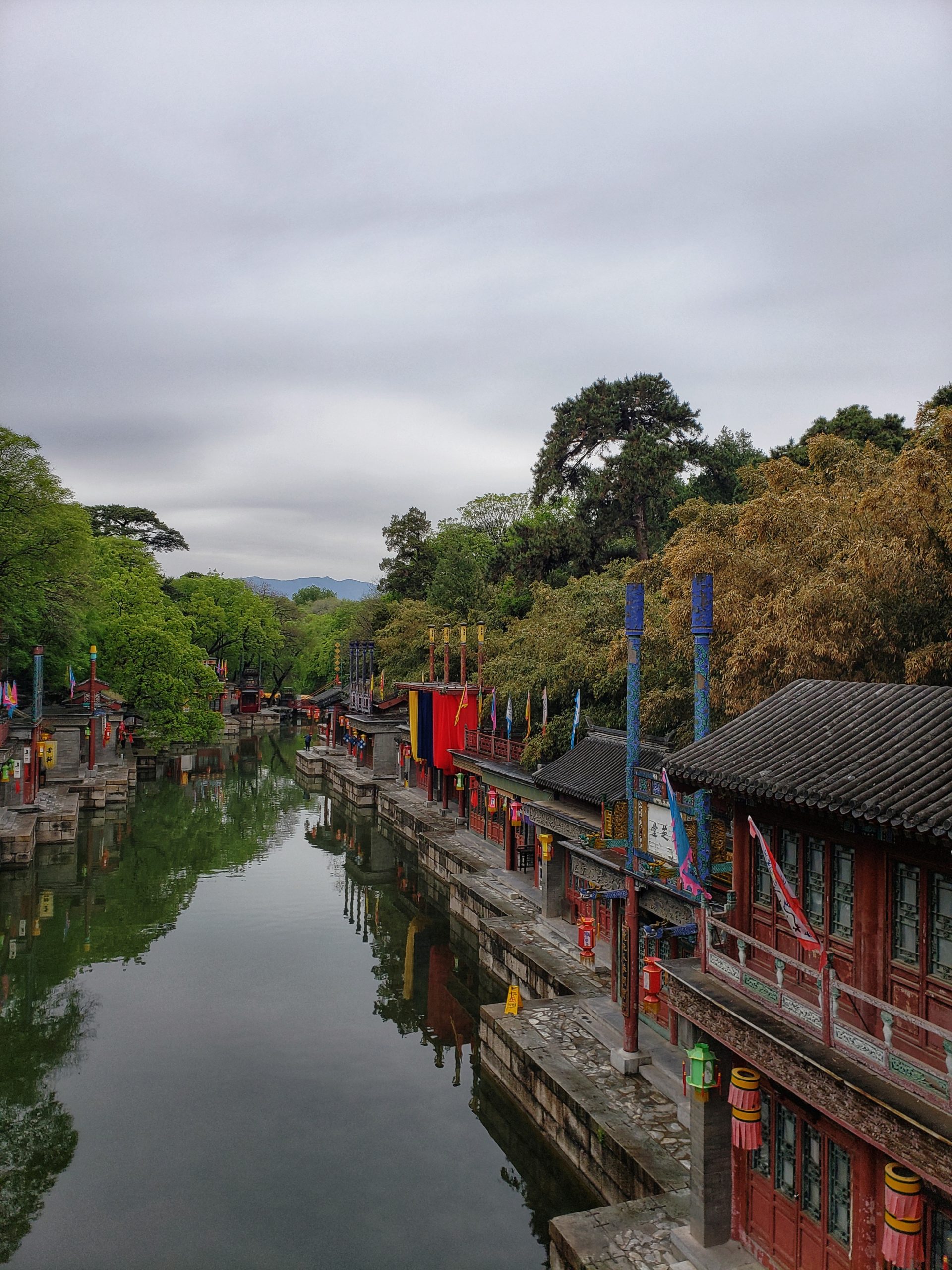 Recent volatility notwithstanding, the “FANG” stocks have been all the rage on Wall Street for the last twelve months. First coined by Jim Cramer, the acronym refers to Facebook, Amazon, Netflix, and Google (now Alphabet), and their popularity is driven by the increasing presence of these companies in our daily lives. Indeed, these businesses are known for their constant drive to be all things to all people. Amazon and Netflix, in particular, are often lauded for their ability to monetize the “long tail” of their respective markets due to the breadth and depth of their product offerings.

We spent time reading about the long tail concept this week, particularly when applied to investing. First publicized by author Chris Anderson in a Wired magazine article of the same name, the long tail refers to the concept that:

“our culture and economy is increasingly shifting away from a focus on a relatively small number of ‘hits’ (mainstream products and markets) at the head of the demand curve and toward a huge number of niches in the tail. As the costs of production and distribution fall, especially online, there is now less need to lump products and consumers into one-size-fits-all containers….

…In other words, the potential aggregate size of the many small markets in goods that don’t individually sell well enough for traditional retail and broadcast distribution may someday rival that of the existing large market in goods that do cross that economic bar.”

Interestingly, while the profit potential of the long tail is generally acknowledged in consumer markets, capital allocation is still largely oriented around the “short head” of the distribution. While alternative asset management began as a small cottage industry, we now live in a world where mega private equity firms chase high profile targets, and multi-billion dollar hedge funds are forced into larger capitalization stocks in order to build positions that are a sufficient percentage of AUM. While the venture capital industry is known for allocating capital more broadly, investments are still highly concentrated by geography. As prominent venture capitalist, Fred Wilson, noted in a recent blog post:

…Transportation convenience matters a lot. You can fly direct multiple times a day to and from all of the cities on [the] top ten list. Investors value their time and focus it on markets that they can get in and out of easily. I think that has a big impact on where money flows.”

The concentration of capital in specific companies and specific geographies makes us wonder whether there is a long tail in private investing that most allocators are currently missing. Our internal analysis suggests there are approximately four hundred thousand businesses with revenues between five and twenty-five million dollars, and we suspect a significant majority are outside the top ten global MSAs. We believe looking toward this group for investment ideas can be just as rewarding as searching Netflix’s back catalog for that classic 90’s thriller everyone has long since forgotten.

The Long Tail, AVC, City Lab, The Street, The Atlantic

Since we started searching for small businesses 18 months ago, we’ve evaluated numerous service providers for our various legal, human resources, accounting, operational, and marketing needs. Part of this evaluation process has been fairly traditional; we learn about a small business accountant or lawyer from a friend, and set up an introductory meeting to discuss our needs and potential working relationship. However, alongside this traditional discovery path, we’ve also evaluated many technology-based solutions.

Entrants in this category — such as ZenPayroll (now Gusto) for payroll, Priori Legal for legal counsel, and 99designs for marketing — offer compelling value propositions for small business owners by leveraging technology to provide streamlined, cost effective solutions. In the past, if a company wanted to deploy cutting edge technology, the owner had to invest significant resources in building her own proprietary systems. However, as venture backed software start-ups rapidly come to market with new technologies, business owners are able to buy off-the-shelf solutions that were simply unimaginable as little as five years ago. Today, many tech-savvy small business owners ironically find themselves in a situation where their legacy proprietary systems are not nearly as sophisticated as commercially available systems that retail for a fraction of the cost.

As individuals looking to create value in small businesses, this rapidly evolving market is very exciting. That said, we must also remind ourselves that while the technology is sophisticated, the companies behind them are fairly new and not immune to mistakes. Take for instance, this week’s resignation of Parker Conrad, co-founder and CEO of darling human resources software firm Zenefits, amid accusations that the firm neglected to follow insurance industry regulations. Zenefits, which was founded in 2013 and recently was valued at $4.5 billion, has quickly become a poster child for the frictions that can arise from seeking exponential growth in highly competitive, rapidly evolving industries. Forbes opines further on this issue:

“Moreover, like some other tech startups, many fintech firms will require tremendous scale in order to turn even a modest profit. It doesn’t seem like a stretch to imagine that Zenefits’ $580 million in venture funding, and the sales growth demands that money implies, played some role in the lax attitude Zenefits appears to have adopted toward regulation.”

While these service providers offer exciting visions of the future, it’s important for founders in this space to remember the seriousness inherent in the promise they are making to their customers. Shira Ovide wrote an insightful article for Bloomberg this week where she pointed out that the consequences of failing have real impact on real people:

“When MySpace or Google ran a tad roughshod over rules, the consequences were fraudulent Web ads and inappropriate collection of consumer data. If Theranos cuts corners, it can give people false results on medical tests. If Zenefits cuts corners, workers might be left without functional health insurance, although there is no indication that happened in large numbers.”

Ovide continued to note that, “there are serious consequences if those ‘innovations’ are built on a rotten base.” While we are long-term believers in the tremendous value that technology-based service providers can offer to small businesses, in the short-term we are wary of fully adopting these offerings. Until the underlying business models have been proven throughout a full economic cycle, we remain concerned that adopting these products prematurely may end up being a dis-service for our portfolio companies.

Having lived on the Upper East Side of New York City for a brief stint after college, we were vaguely aware of the infamous Birkin bag, but since our style is more L.L. Bean than Hermès, Birkins never captivated our attention. It is, after all, only a bag. We recently came across a couple of intriguing sources, however, that demonstrated how the Birkin, to borrow a line from Rowan Atkinson (Mr. Bean) in the movie Love Actually, “is so much more than a bag.”

The Birkin bag first launched in 1984 after French actress Jane Birkin complained to the Hermès CEO that she needed a weekend bag. The bag, which has a “starter” price of $11,500 and can retail up to $150,000, has been a dominant force in the luxury goods market for over 30 years. JustLuxe.com fashion editor, Marissa Stempien, explained the cultural importance of the Birkin to Fortune:

“Affluent women are willing to pay these prices, because Birkins are a status symbol that can’t be acquired by a diamond, designer dress, or all the possessions in her home. Birkins are well-known to be the most expensive bags in the world and some of the hardest to obtain. When wearing a Birkin, a woman has the ability to carry her wealth, affluence and style on her arm for the world to see.”

Interestingly, most of its iconic status is related to the fact that Birkin bags are notoriously difficult to buy. One simply cannot walk into an Hermès store, plunk down $60,000, and walk out with a Birkin. Instead, a well-clothed salesperson will likely turn you away, reporting that they don’t have any in stock. In fact, the procedure for purchasing a Birkin is so mysterious that NPR recently dedicated an entire Planet Money episode to trying — and failing — to purchase the item. From the podcast:

“MICHAEL TONELLO: I started asking for Birkin bags, but they quickly told me that they didn’t have them. And I couldn’t figure out why it was that Hermes didn’t have any Birkin bags if it was, you know, a bag that Hermes made and sold.

SMITH: Michael started talking to other people who were trying to buy Birkins, and they were all being told the same thing. We are sold out. But we can put you on a waiting list.

TONELLO: Anywhere from two years to four years waiting list — at one point, they were saying that there was a waiting list to get on the waiting list. And it just all seemed kind of crazy to me.”

While Hermès publicly notes that they simply cannot produce more bags because of the incredibly intricate process involved with making them (claims of “very exotic leathers” that are “hand sewn by select artisans in the south of France” abound), we suspect the restrictive supply of Birkins is more likely due to marketing ingenuity than supply chain restrictions. The reality is that the combination of highly restrictive supply, outrageous price points, and strategic high profile placements (the Birkin is publicly carried by celebrities such as Elizabeth Taylor, Kate Middleton, Kim Kardashian and Victoria Beckham) has propelled the bag to have almost mythical status supported by a highly devoted, and perhaps irrationally fanatical, customer base.

While we are more likely to accumulate a collection of Birkenstocks than Birkin bags, from a business standpoint, we find the longstanding restraint of the Hermès leadership team to be truly outstanding. We can see the internal debate: If the average price is X, and Hermès currently sells Y bags, they have sales of X*Y. However, if they simply doubled the supply, sales would be 2(X*Y)! This line of thinking is easy to rationalize on an incremental basis, particularly when working with numbers that are minuscule in the context of the global consumer market. However, it can also take companies down a slippery slope where, over time, volume erodes brand value. By maintaining a disciplined approach to supply for over 30 years, Hermès has not only created one of the most sought-after luxury items in the world, but also one of the most valuable: although exact data is difficult to obtain, The Economist estimated that Hermès made 70,000 Birkins in 2014 alone. At the entry price of $11,500, that equates to sales of $800 million. Not bad for something that is seemingly impossible to buy.