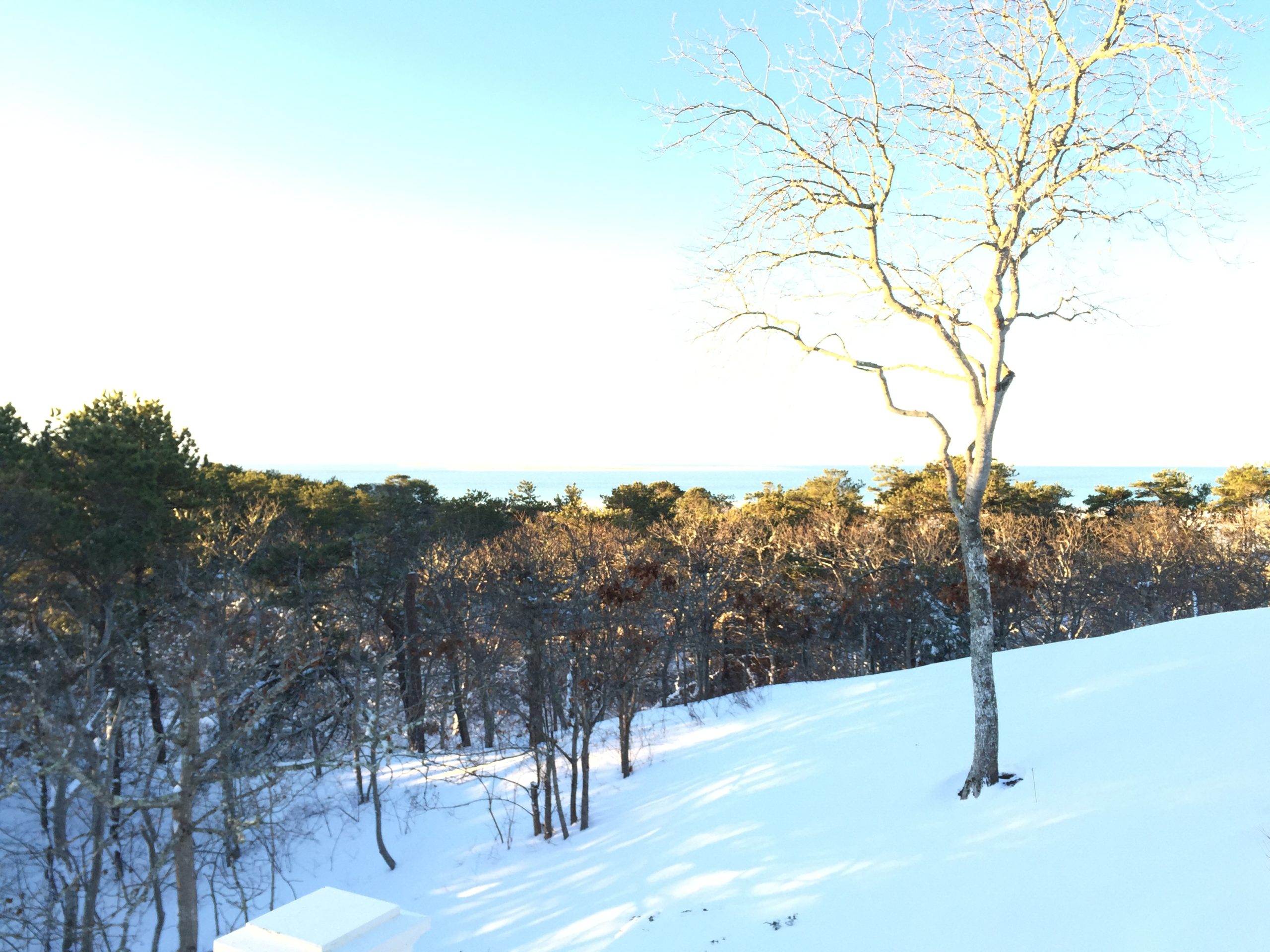 “Life isn’t fair; be thankful you’re on the lucky side.” It was a line constantly repeated by this author’s first boss, and the intent was to remind the first-year analysts of the luck and privilege that factored into our being in those cubicles. To a person, we all worked hard to get those jobs, but if prodded enough, we’d all be forced to cop to a healthy dose of serendipity aiding us throughout our lives. It was in this context that we were eager to read up on Robert Frank, an economist at Cornell University’s Johnson Graduate School of Management, and his book Success and Luck: Good Fortune and the Myth of Meritocracy.

Put succinctly, Frank is trying to make people more aware of all that drives success. As he puts it, “Contrary to what many parents tell their children, talent and hard work are neither necessary nor sufficient for economic success…. because there are so many people who are smart and hardworking, but only so many ‘slots’ for the best jobs, for most successful artistic endeavors, and so on, luck invariably plays an important role.” While it is fairly benign to give credit to the role of luck in the abstract, it turns out many who have benefited the most from its push resist applying it to themselves. An article in The Atlantic by Robert Frank himself explains further:

“According to the Pew Research Center, people in higher income brackets are much more likely than those with lower incomes to say that individuals get rich primarily because they work hard. Other surveys bear this out: Wealthy people overwhelmingly attribute their own success to hard work rather than to factors like luck or being in the right place at the right time.”

In part, this is driven by pride. Attributing luck to our own success feels like marginalizing the work we have put in. If luck really did play a part in our success, the thinking goes, then perhaps there was nothing special about us after all. Solomon Brothers derivatives salesman turned best-selling author, Michael Lewis, expands on this point in a reflection on his own path to success:

“All of a sudden people were telling me I was a born writer. This was absurd. Even I could see that there was another, more true narrative, with luck as its theme.… This isn’t just false humility. It’s false humility with a point. My case illustrates how success is always rationalized. People really don’t like to hear success explained away as luck—especially successful people. As they age, and succeed, people feel their success was somehow inevitable.”

Of course, this thinking fails to capture the fact that luck and hard work are not mutually exclusive. We just tend not to notice when we are the beneficiaries of luck in the moment. The Atlantic explains this dynamic with a more physical metaphor:

“When you’re running or bicycling into the wind, you’re very aware of it. You just can’t wait till the course turns around and you’ve got the wind at your back. When that happens, you feel great. But then you forget about it very quickly—you’re just not aware of the wind at your back. And that’s just a fundamental feature of how our minds, and how the world, works. We’re just going to be more aware of those barriers than of the things that boost us along.”

While it is far too early for us at Chenmark to claim success, we do appreciate the role luck has played in getting us to this point. Going forward, we are sure to have our fair share of both headwinds and tailwinds, so for our part, we can only hope that our hard work puts us in a position to be as lucky as possible.

Selecting who to hire from a pool of applicants is a difficult task. When faced with numerous options, how should a company decide what characteristics to optimize for when evaluating candidates. Educational pedigree? Relevant work history? IQ? EQ? Character? While there are various approaches, most agree that at a minimum they want to hire individuals with integrity. Even Warren Buffett agrees, noting that “somebody once said that in looking for people to hire, you look for three qualities: integrity, intelligence, and energy. And if you don’t have the first, the other two will kill you. You think about it; it’s true. If you hire somebody without [integrity], you really want them to be dumb and lazy.”

One of the most widespread methods of screening for integrity involves removing candidates with a criminal background. These people are commonly stereotyped as being untrustworthy and irresponsible, a bias that impacts the 70 million U.S. adults who have some type of prior arrest or conviction record.

Despite the perception, empirical observations of our own workforce and independent research suggest that painting all offenders with the same broad brush is a mistake. For example, in a recent study based on the records of 1.3 million military enlistees — including felons who had received a moral character waiver — University of Massachusetts at Amherst sociologists Jennifer Lundquist and Eiko Strader, along with Harvard University sociologist Devah Pager, found that “contrary to what might be expected, we find that individuals with felony-level criminal backgrounds are promoted more quickly and to higher ranks than other enlistees.”

The authors believe that a critical component of these results is the military’s “whole person” screening process, which, as explained by The Washington Post, “takes into account how old applicants were when they committed the crime, what it was and the context surrounding it, personal references and recommendations, and a qualitative interview, steps many employers never get to when they discount people with records from the start.”

This military research backs the already growing “ban the box” movement, which aims to give people with arrest records a better chance of obtaining employment by delaying questions about criminal histories until later in the hiring process. Last year, for instance, following the lead of 23 states and more than 100 cities, the White House proposed rules banning federal agencies from asking candidates about their criminal backgrounds until they had received a conditional job offer.

Furthermore, the professors believe that given the lack of opportunities for felons in the job market, these individuals may exhibit more loyalty for employers who provide a second chance. Michelle Rodriguez, a senior staff attorney at the National Employment Law Project, echoed this sentiment in a CBS interview:

“What we heard time and again from people who hired people with records is they found some very mature workers who have gone through life experiences and had some negative experiences, and arrived a at a point where they are dedicated to making things work….That means working hard, and developing loyalty and commitment to the employer.”

As employers, we directly hire people with criminal histories, and we work closely with staffing agencies who do the same. We believe in the veracity of the researchers’ results because we have seen it firsthand. For us, getting third-party validation is simply a reminder that — from both a moral and business standpoint — we should understand the whole person behind every job application, regardless of background.

We’ve always liked the sentiment behind Sir Edward Shackleton’s ad for a 1914 South Pole expedition which stated “men wanted for hazardous journey. Low wages, bitter cold, long hours of complete darkness. Safe return doubtful. Honour and recognition in event of success.” This pioneer spirit, associated with adventure, inevitable hardship, and possible reward, brings to mind an inspiring sentiment from a seemingly bygone era. This week, when faced with the news of devastating fires across Alberta, Canada, we were reminded that Shackleton-esque spirit is still alive and well.

As a reminder, Alberta — sometimes dubbed as the “Texas of the North” — is home to 97% of Canadian oil reserves. Alberta’s largest deposit — the Athabasca oil sands — is centered on the city of Fort McMurray, which has a long history of booms and busts driven by the price of oil. Known during boom times as “Fort Make Money,” the town has consistently embodied a pioneer sentiment, and has been described in The New York Times as the “kind of place where second chances and fat paychecks beckoned,” and a place that attracted a range of individuals, including “trained engineers, refugees from war-torn countries and strivers from across Canada and beyond.” Although the recent decline in oil prices put a damper on Fort McMurray enthusiasm, it’s nothing in relation to the damage incurred last week when a massive wildfire — ranked one of the most devastating fires in Canadian history — rampaged through the area. The fire closed all oil sands production in the area and forced almost the entire population of Fort McMurray (88,000) to evacuate in a frantic rush.

While the fire has since waned and oil sands firms are slowly restarting production, the city of Fort McMurray is still deemed “too dangerous to enter” as large areas of town have no power, water, or gas. With initial estimates of associated losses already exceeding $9 billion, it’s easy to imagine Fort McMurray residents overwhelmed with despair. However, we were inspired to read stories of evacuees who are persevering and maintaining an unbridled sense of optimism. The New York Times profiled such a resident, Adam Rairdon, who, despite losing his family home and having a ten month old child to take care of, declared confidently that “as soon as they open the gates, I’m going with a shovel and work boots and we’re going to clean up our town…. I can only speak for myself when I say I’m not done.”

Although it’s certain to be a difficult road ahead, and our hearts go out to those impacted by last week’s fires, we are deeply inspired by the pioneering spirit espoused by Rairdon and other Fort McMurray residents. Their grit is a reminder of the importance of staying positive when (metaphorical) wildfires may rage through our own business or personal lives.