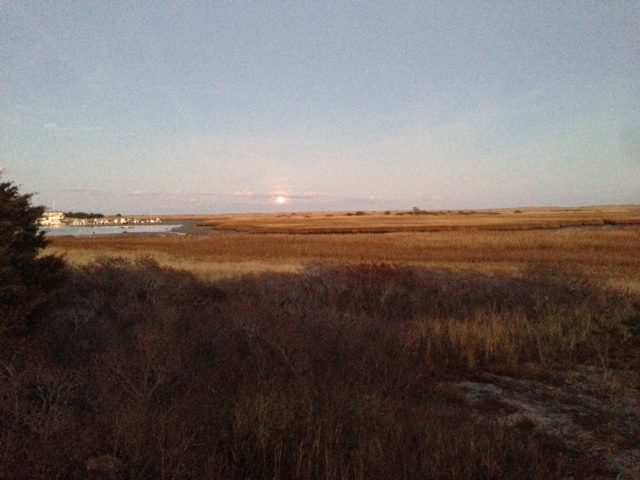 This week we spent some time reading about Chipotle’s management approach. Like many companies in fast food or in other industries that rely on a large network of mostly hourly employees, Chipotle has had to grapple with the challenge of continuing growth while maintaining service quality. As one might expect, success in this area depends in large part on the managers one is able to put in place at the individual locations, and Chipotle has thrived in recent years by embracing a system that identifies and promotes top internal talent. From a recent Quartz article:

“In 2005, the US company underwent a transformation that would make its culture as distinct as its food. As more than 1,000 stores opened across the US, the company focused on creating a system where promoting managers from within would create a feedback loop of better, more motivated employees. That year, about 20% of the company’s managers had been promoted from within. Last year, nearly 86% of salaried managers and 96% of hourly managers were the result of internal promotions.

Fundamental to this transformation is something Chipotle calls the restaurateur program, which allows hourly crew members to become managers earning well over $100,000 a year. Restaurateurs are chosen from the ranks of general managers for their skill at managing their restaurant and, especially, their staff. When selected, they get a one-time bonus and stock options. And after that they receive an extra $10,000 each time they train a crew member to become a general manager.”

To us, there are two crucial pieces to this program that we hope to emulate in our attempts to create managerial structure. The first is a team based approach. At Chipotle, this works from the bottom up as well as from the top down. At each restaurant, crew members only advance if they receive an endorsement from their peers while managers are constantly evaluated based on how well they train their subordinates. As Chipotle Co- CEO Monty Moran notes:

“The foundation of our people culture, on which everything else stands, is the concept is that each person at Chipotle will be rewarded based on their ability to make the people around them better.”

The second crucial piece is the creation of defined opportunities for upward mobility. Chipotle strives to recognize, promote, and compensate its best performing employees and lets other employees know that similar advances are possible for them as well if they are willing to commit to the customer and team focused culture. As more stories circulate about workers who went from making $7 an hour to a $50,000+ salary, Chipotle naturally will become a place where people want to work, not just for a steady pay check, but for a career. In a world where being an Uber driver with no natural career progression seems to be a viable option, we applaud Chipotle for being in business not just to create burritos, but to create opportunities for its employees as well.

We recently moved to Maine and this gave us an opportunity to re-familiarize ourselves with all the joys and frustrations associated with disassembling and re-assembling furniture. After spending more weekend hours than we care to admit putting legs on tables and headboards on bed frames, we wondered whether Google would soon come to the rescue by following up its driverless cars with automated furniture assembly droids. Unfortunately, as we read this week in the MIT Technology Review, furniture assembly, like other tasks requiring fine motor control, will be left to humans for some time yet. From the article:

“Humans have long feared that robots are taking over the world. The truth, however, is more prosaic. It’s certainly the case that robots have revolutionized certain tasks such as car manufacturing, for example. But in many real world tasks, robots come a poor second to humans. They find it impossible to work in the messy, cluttered environment that humans cope with easily. They have difficulty locating and picking up small objects and they lack the fine control to assemble components. All these problems are exemplified in a single task—the assembly of an IKEA chair. This is an activity that many humans will have performed with varying degrees of success but one that robots simply cannot complete. At least not yet.”

It turns out Francisco Suarez-Ruiz and Quang-Cuong Pham at the Nanyang Technological University in Singapore have spent the last several months looking into exactly this issue. They recently published research showing a fully automated process for picking up an IKEA chair leg and an accompanying small wooden dowel and inserting one into the other. If this sounds like something a 2-year-old could do, you’re right, and it speaks to a larger problem in robotics generally. From a TED blog article:

“To get a robot to pick up an object on its own, for example, is a challenge that has eluded roboticists for decades. Not only is there a danger of crushing the object, but friction is very hard to account for: Robots can’t calculate how easily something will slip out of their grasp, the way even a fourteen-month-old can. Then there’s figuring out what the object is and which way it’s meant to be oriented…’Imagine you’re a robot’ says Ken Goldberg of Berkeley ‘Everything is blurry and unsteady, low-resolution and jittery…. You can’t perfectly control your own hands. It’s like you’re wearing huge oven mitts and goggles smeared with Vaseline.’”

The relentless pace of technological innovation often makes it seem as though humans will be completely obsolete overnight. In some cases this is certainly true. The example of putting together an IKEA chair is a reminder that in others, the runway is much longer, a discrepancy which will be important to keep in mind when evaluating the long term prospects of any investment moving forward, as well as the appeal of another move.

Last week Portland hosted the final stop of the latest “Rise of the Rest” tour. Sponsored by Steve Case and his VC firm Revolution, the tour is meant to promote entrepreneurship in cities that are undervalued and underinvested in by traditional venture capital by drawing attention, and providing capital, to companies located at the various tour stops. According to Case, in an increasingly interconnected and digital world, startups in these cities (think Baltimore and Buffalo instead of New York and San Francisco) can represent extremely attractive investments since they can stretch investment capital further, can stand out in the war for talent, and may be better positioned to tap local resources for help.

Of course the development of a community that encourages entrepreneurship requires first movers who can demonstrate what’s possible. In Portland’s case, we enjoyed reading about just such an example in Leigh Kellis, whose startup donut shop, The Holy Donut, has won national acclaim despite its small retail footprint. Without any background in baking, Kellis turned an almost religious passion for donuts into a thriving business with over $1 million in revenue by implementing a playbook most VC gurus would envy.

Kellis began her donut adventure by experimenting with a wide variety of recipes before settling on an innovative potato base. She would test her creations by selling six at a time at a local coffee shop. Once she had a hit, she converted an old restaurant space that already had much of the commercial baking equipment she required into her first retail store front. Finally, in an effort to control costs, she has embraced historical data to set a fixed production schedule for each day, and then closes shop once the last budgeted donut gets sold. Counterintuitively, this last maneuver has served as an excellent marketing strategy since customers now feel the need to queue up prior to the store opening to make sure they get a donut while supplies last.

All in, Kellis’ embrace of quick iteration, frugality, data analytics, and minimum viable products makes it seem as though Ben Horowitz wrote her business plan. However, as with so many other entrepreneurs, her passion is what ultimately allowed for the growth of her company. In the aggregate, fostering a startup culture often requires unwavering faith in the potential of the various enterprises both from the founders and from the community at large. As Case says, “most people look at startups and point out the ways they’ll fail. Success requires looking at a startup and thinking of ways it can succeed.” As vocal supporters of niche or localized businesses outside major markets, we are glad to be in Portland and look forward to playing an active role in the development of the business community here.