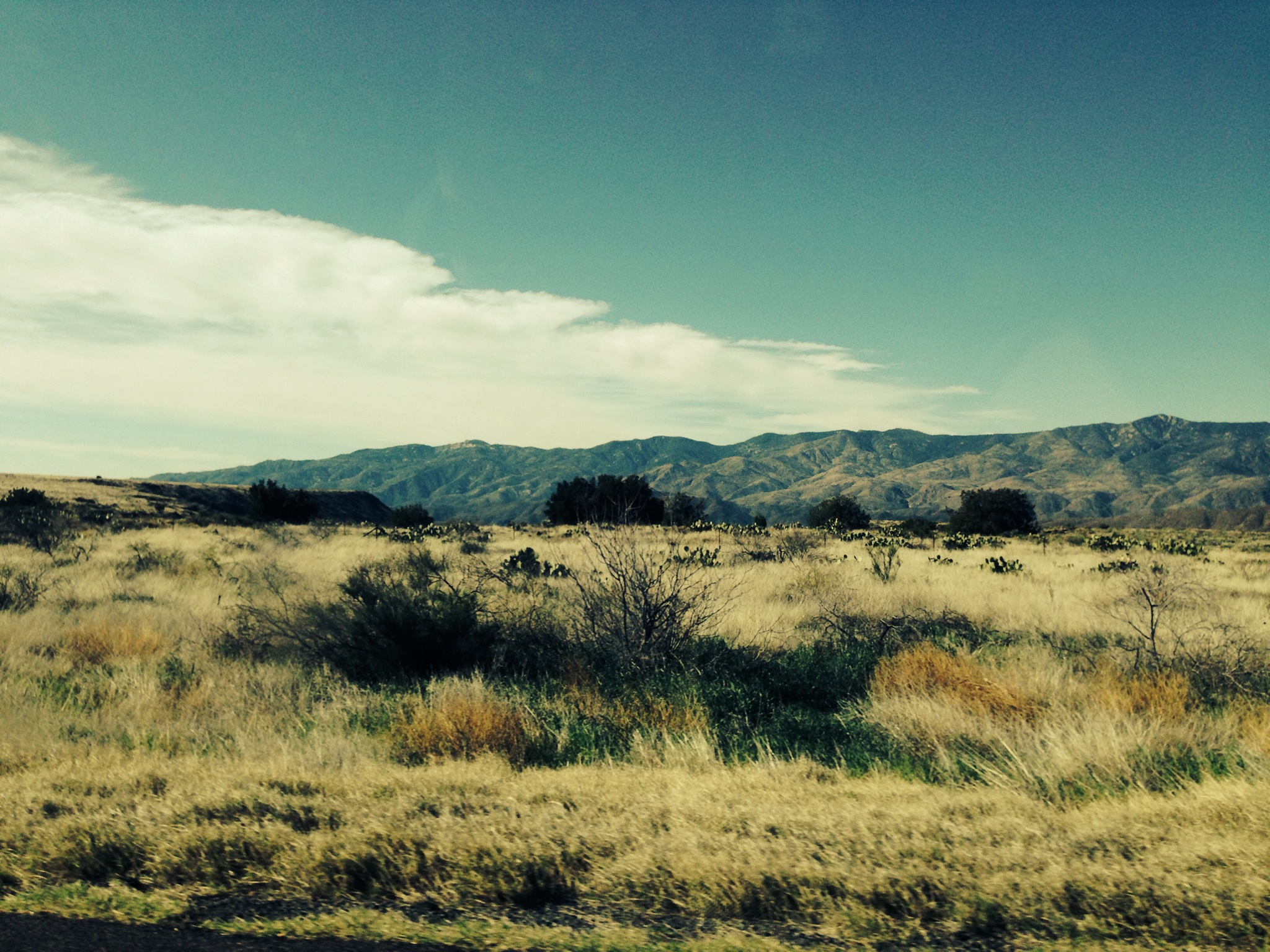 One topic that comes up frequently when evaluating small business operations is access to credit. As such, we’ve been following the emergence of the marketplace/peer-to-peer lending platforms with great interest. Companies such as Lending Club, Prosper and Funding Circle are widely lauded for providing capital to new and small businesses: Lending Club IPO’d in December 2014 with a valuation in excess of $5 billion, and Lending Club reports that it is one of the largest lenders to small businesses in the United Kingdom. According to a joint survey by four regional Federal Reserve Banks, more than 20% of young companies applied for credit through online lenders during the first half of 2014.

So what is the underlying root cause of the growth in these platforms? The widespread, common-sense answer is that new and small businesses are using “alternative providers” because they have been cut out by traditional credit providers. As reported by a Forbes summary of the Federal Reserve survey:

“The growth, perhaps unsurprisingly, has been uneven: Only 3 percent of older firms used online lenders, and only eight percent of ‘growth firms’ used online lenders. Online lenders remain the smallest source of credit among firms seeking financing, with large banks, regional banks and community banks attracting more applicants across firms of all sizes and ages. Approval rates vary substantially: Two-thirds of credit applications to community banks were approved, but only 31 percent of companies received credit from large banks. And, most of those securing credit from large banks were larger and older firms. Growing firms had the highest approval rates from community banks. Yet over half of young firms (less than five years old) had their credit applications denied, far higher than older firms.”

However, after reading a whitepaper by Foundation Capital (a top VC investor in Lending Club, OnDeck, Auxmoney and Lending Home) these platforms may offer a more comprehensive value proposition than initially suspected. From the white paper:

“For the first time in banking, the online marketplace makes it possible for a third party to match idle supply and demand. As a result, lenders and borrowers can now find one another and agree to terms – all without the involvement of retail banks or credit card companies. By 2025, we predict that $1 trillion in loans will be originated in this manner globally.”

Foundation Capital argues that peer to peer capital will gain share for four primary structural reasons. First, the modern consumer has no loyalty to retail banks: fewer than 1 in 10 customers of national banks would recommend their bank to others. This sentiment is particularly true for millennials, seventy percent of whom would reportedly rather go to a dentist than listen to what banks are saying. Second, online lenders have a convenience advantage (24 hour online access to credit ) versus traditional banks (which often require in-person meetings, phone calls, and have limited hours). Third, marketplace lending has structural cost advantages because they have no branches, FDIC fees, or origination costs, etc. Foundation estimates these savings could reach up to 400bp compared to traditional banks. Fourth, marketplace loans offer investors “diversification, flexible durations, as well as higher yields. Few other asset classes offer such benefits; certainly not savings accounts, money market accounts, bonds or CD’s.”

As a result of these competitive tailwinds, Foundation believes that marketplace lending is poised to disrupt the traditional banking model. At Chenmark, we applaud technological innovations that provide small business with access to credit, and look forward to following the evolution of this market as both investors and business owners.

We believe that when something works, it tends to persist. Over the past months, we’ve seen the subject of “premortems” come up in a Harvard Business School Negotiations webinar, a McKinsey Quarterly interview, a Harvard Business Review article and a Freakonomics podcast. Needless to say, we got the message that premortems are something to investigate!
So what is a premortem? From a Freakonomics interview with Gary Klein, PhD in experimental psychology, and author of “Seeing What Others Don’t: The Remarkable Ways We Gain Insights”:

“DUBNER: “You’ve surely heard of a post-mortem. That’s the process by which you figure out what, exactly, killed, say, a hospital patient. Or maybe a big project. Theoretically, everybody benefits from the knowledge you gather during a post-mortem.

KLEIN: Everybody except the patient, because the patient is dead. The idea of a premortem is to try to run through that process before the patient dies.

DUBNER: But the patient, in this case, we should say is not a human. But it’s a project or a product or something like that, correct?

DUBNER: With a premortem, you try to find out what might go wrong before it goes wrong.”

“A typical premortem begins after the team has been briefed on the plan. The leader starts the exercise by informing everyone that the project has failed spectacularly. Over the next few minutes those in the room independently write down every reason they can think of for the failure—especially the kinds of things they ordinarily wouldn’t mention as potential problems, for fear of being impolitic. Next the leader asks each team member, starting with the project manager, to read one reason from his or her list; everyone states a different reason until all have been recorded. After the session is over, the project manager reviews the list, looking for ways to strengthen the plan.”

Premortems are not simply time for superfluous pontification. Researchers have found that this approach works because “prospective hindsight — imagining that an event has already occurred — increases the ability to correctly identify reasons for future outcomes by 30%.” So why are premortems effective? HBR Again:

“Although many project teams engage in prelaunch risk analysis, the premortem’s prospective hindsight approach offers benefits that other methods don’t. Indeed, the premortem doesn’t just help teams to identify potential problems early on. It also reduces the kind of damn-the-torpedoes attitude often assumed by people who are over-invested in a project. Moreover, in describing weaknesses that no one else has mentioned, team members feel valued for their intelligence and experience, and others learn from them. The exercise also sensitizes the team to pick up early signs of trouble once the project gets under way. In the end, a premortem may be the best way to circumvent any need for a painful postmortem.”

McKinsey elaborates on the cultural shift caused by promoting premortems in project management:

“The premortem technique is a sneaky way to get people to do contrarian, devil’s advocate thinking without encountering resistance. If a project goes poorly, there will be a lessons-learned session that looks at what went wrong and why the project failed—like a medical postmortem. Why don’t we do that up front? The logic is that instead of showing people that you are smart because you can come up with a good plan, you show you’re smart by thinking of insightful reasons why this project might go south. If you make it part of your corporate culture, then you create an interesting competition: ‘I want to come up with some possible problem that other people haven’t even thought of.’ The whole dynamic changes from trying to avoid anything that might disrupt harmony to trying to surface potential problems.”

At Chenmark, we are always looking for ways to become more thoughtful in our decision making process and we look forward to trying out the premortem technique with our new ventures.

We have frequently written about the benefits of exercise, and are always eager to learn more on the topic. This month, the Wall Street Journal published an article titled “Our Amazingly Plastic Brains,” which dives into the cognitive benefit of not just physical but also mental exercise, and how the two are interrelated. For decades, the assumption has been that cognitive decline, even more so than physical aging, is a constant and unstoppable force. While people can slow the physical effects of aging with a good diet and steady exercise, the brain was considered much more static. From the article:

“The standard view was that the brain had evolved to be so complex and specialized that we had to pay a price for its sophistication: It couldn’t repair or restore itself with replacement parts, as was possible with other organs, such as the skin, liver and blood….As the machine metaphor evolved, neuroscientists took to describing the brain as a computer….encouraging us to see thought as ‘software’ and the brain’s structure as ‘hardware.’ The unhappy practical implication of this view, for anyone wishing to maintain his or her brain, is clear: Hardware inevitably degenerates with time and use. The rule for a machine is, ‘Use it and lose it.’ Many clinicians under the sway of this analogy saw patients’ attempts to resist their brains’ decline through activity and mental exercise as a harmless waste of time.”

Fortunately, research studies have challenged this status-quo, and the medical community is now viewing the brain as “neuroplastic,” an amalgamation of circuits that are constantly changing and adapting to prevailing external stimuli. Quite literally, your brain is the summation of what you do, and is therefore highly unique to each individual. The implication beyond general brain health is that some of the worst brain problems —dementia and Parkinson’s disease — are at worst more manageable, and at best completely preventable. According to studies cited in the article, the single biggest factor for reducing the risk of these brain issues — in some cases as much as 60% — was engaging in some form of regular physical activity (e.g. walking 2 miles or biking 10 miles).

We routinely espouse the mental and emotional benefits of exercise, but apparently exercise causes just as much positive change within the physiology of the brain itself. From the article, “Exercise triggers the growth of new brain cells in the hippocampus. It also triggers the release of ‘neurotrophic growth factors’ — a kind of brain fertilizer, helping the brain to grow, maintain new connections and stay healthy.” Similar benefits occur with mental exercise (think Lumosity, Sudoku, or the NYT crossword puzzle). “Mental exercise preserves and strengthens existing connections in the brain, giving a person a ‘cognitive reserve’ to fend off future losses and to perfect skills…Studies showed that [brain] exercises increased a person’s mental sharpness, so they could process information with the speed and accuracy they had when they were 10 years younger.”

It turns out that the brain, like the body, is a “use it or lose it” organ. As self-proclaimed fitness nuts, we are enthusiastically incorporating this research into our catalogue of the wide-reaching benefits associated with routinely breaking a mental and physical sweat.

Wall Street Journal, The Brain That Changes Itself