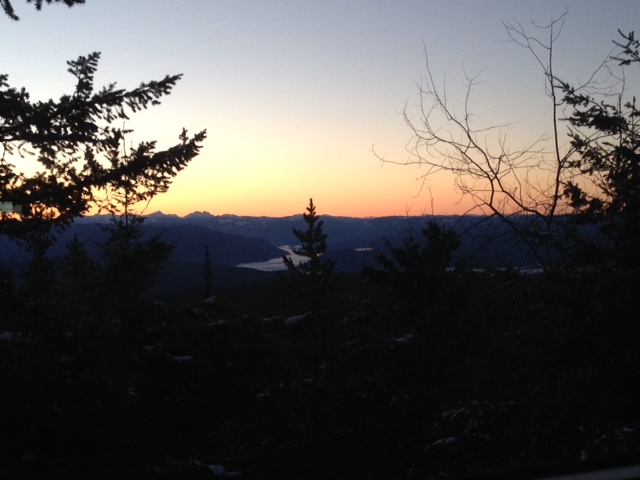 We recently read a ReadWrite article about a design concept called “The Marshmallow Challenge,” which is conducted as follows: “Small teams are given 18 minutes to build a free-standing structure made of dry spaghetti, one yard of string, one yard of tape and a marshmallow, which must be placed on top. The team wins by creating the tallest structure of all the groups participating.”

In a 2010 Ted Talk, Tom Wujec, an author and fellow at Autodesk, elaborated on the insights gained from putting “over 70 groups of students and designers and architects, even the CTOs of the Fortune 50” through this exercise. From the article:

“Most teams quickly break into roles and plan their structure, and then spend the remaining time building it before quickly and gingerly placing the marshmallow on top as time expires. More often than not, the structure pitifully fails as the marshmallow is added, leaving the team with a pile of spaghetti and no time to try again.

‘So there are a number of people who have a lot more ‘uh-oh’ moments than others, and among the worst are recent graduates of business school. They lie, they cheat, they get distracted, and they produce really lame structures,’ says Wujec. ‘And of course there are teams that have a lot more ‘ta-da’ structures, and, among the best, are recent graduates of kindergarten.'”

Needless to say, it’s a bit concerning that somebody might pay in excess of $200K to degrade their intellectual skillset. Luckily, Wujec provides some insights into why kindergartners routinely outperform business school students:

“Wujec says that business school grads are taught to seek out and execute the one correct solution to their challenge, while kindergartners practice the iterative prototype and refine process, much like the methods of leanstartups. The kids would build, test and repeat until they found a structure that worked, and most times, he says, they built the tallest and most interesting structures.”

Furthermore, Wujec also found that incentivizing teams with rewards, or increasing team sizes, didn’t change the outcome. From the article:

“What startups can take away from the marshmallow challenge is that bigger teams and higher incentives are no substitute for having the right skills and the right process in place. Wujec found that larger teams performed increasingly worse than smaller teams, and incentivizing them with a reward did not make up for the fact that they were not using the right process.”

As we reflect on our internal team approach to evaluating new opportunities, we understand the importance of adaptability. As such, we continually strive to acknowledge the potential constraints of our formal academic training and to embrace our inner five-year-old selves instead.

This week we enjoyed reading about Loco’l, a San Francisco based fast food start-up created by chefs Roy Choi and Daniel Patterson. Loco’l is hoping to carve out a niche for itself in this highly competitive industry by focusing its entire business model on the reduction of food waste. According to a 2012 study by the National Resources Defense Council, as much as 40% of all the food grown or raised in the United States ends up as waste somewhere along the line. The fast food industry is a key contributor to this problem. From a recent New Yorker article:

“Restaurants—and fast-food joints, in particular—are infamous for the tremendous waste they generate. This is a result of large portion sizes, standardized menu items that use only parts of animals, and quality-control codes which mandate, for example, that McDonald’s fries must be thrown away if they’re not sold within seven minutes of being cooked.”

Restaurants have been attempting to reduce waste two ways. First, by adopting efficiency technology used by other sectors, some businesses are using data analysis to identify “which foods are being over-ordered or over-served. Restaurants might, for example, be putting too many rolls in a basket, or stocking strawberries for a dish that few customers request.” Leading the charge in this area is an Oregon based company called Lean Path that has created food analytics software that it believes can reduce restaurant costs by 2-6% annually.

The second approach involves the modification of the menu to allow for the inclusion of food scraps in other dishes. This is the method favored by Loco’l since it relies heavily on chef ingenuity. From the New Yorker article:

“Loco’l plans to repurpose scraps that would ordinarily end up in the trash, and to design their recipes to include common ingredients across dishes….The menu will include multiple items that are braised, slow-cooked, and then stuffed; vegetable peelings and ends will be ground up with non-choice cuts of meat and made into dipping sauces or filling for tamales. These methods will also allow Loco’l to purchase bruised or strangely formed vegetables, which are generally sold at a discount. Choi also plans to cut his burgers with rice and tofu, which will have the added benefit of making them healthier.”

The story of Loco’l is a compelling reminder that technological utilization and creative product design are timeless, industry agnostic tools for improving efficiency. We’ll be interested to follow Loco’l’s development and will make sure to stop by if we find ourselves in the Bay Area.

We recently saw a surprising headline that McDonald’s may be introducing kale to its menu in two places: experimental breakfast bowls in California, and revamped salads in Canada. Apart from acquiescing to market demands for healthier menu options generally, it seems that McDonald’s is also responding to the increasing popularity of kale as a foodstuff. The kale industry is small when compared to markets for romaine lettuce, cabbage, spinach, or collards, but it is catching up quickly. From an ABC News report:

“Mentions of kale on American restaurant menus over the last two years are up 233 percent, according Technomic, a food industry tracking firm. Whole Foods now sells more than 22,000 bunches of kale per day in its stores. In turn, farmers and distributors have had to keep up with the exponential demand, devoting more land than ever to grow this fashionable foliage. Church Brothers Produce, a produce grower and shipper, has a 10-acre ranch in the valley that grows roughly 80,000 pounds of kale….[T]hey are planting six times the amount of kale now that they planted three years ago, and can’t seem to harvest it fast enough.”

There’s no doubt that kale has recently experienced a tremendous rise in popularity. According to a recent Wall Street Journal article, its presence on fast food menus and grocery store shelves implies a degree of acceptance typical of foodstuffs that have reached a breakthrough stage of consumer adoption. However, working its way into mainstream food preferences is only part of the equation. When a company like McDonald’s enters a market, there are significant supply chain implications. From Bloomberg:

“McDonald’s can easily become a colossus of kale—possibly the No. 1 buyer in the U.S.—just by putting the ingredient on its menu nationwide. That’s the uncanny thing about McDonald’s: Even with declining sales and an urgent turnaround plan, the sheer scale of operations makes it easy for the company to dominate any ingredient it touches. Historically, when McDonald’s adopts a new produce item, it ends up becoming a kingpin in that market. Just two years after adding Apple Dippers to the menu in the early aughts, McDonald’s was buying 54 million pounds of fresh Gala apples each year—more than enough to make it the country’s biggest buyer and seller of the crisp fruit. The burger chain had similar effects at various times on grape tomatoes, edamame, and English cucumbers; it took McDonald’s two years to build a supply chain for cucumbers when it decided to include the crispy veggie to its McWrap. The chain told Bloomberg Businessweek it expected to use about 6 million pounds of cucumber in 2013, its first year selling the item.”

Any business owner must remember that generating demand for products and services is only half of the battle. The less glamorous part of the job is spent on creating an effective, scalable supply chain. As such, we’ll be interested to observe how the kale supply chain adapts to a potentially tremendous shift in market demand.