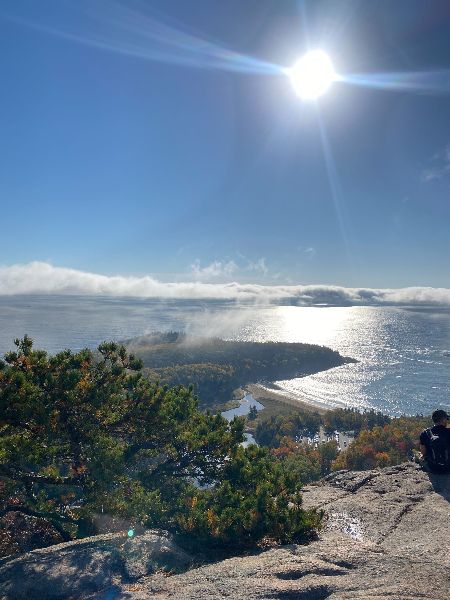 How to figure out what matters

As student-athletes in college, we thought we were very busy.

Then we graduated and started work in the real world and realized that if we could sleep into 10 a.m. on a Tuesday and look forward to Spring Break, we were not that busy.

When working in finance, we thought we were busy.

Then we started our own business and realized that if we were not dealing with random HR issues on Friday nights, we were not that busy.

Now that we were business owners, we were clearly busy.

Then we had kids and realized we had no idea what we were talking about.

But now that we had a business and kids, we were definitely, undoubtedly, busy.

Then our business grew a lot… and well, there are only so many hours in the day.  It was clear things reached a breaking point.  We were overwhelmed and were just surviving the onslaught of life’s responsibilities, not thriving in the face of opportunity and challenge.

We quickly realized we had a prioritization issue.  As we had taken on new responsibilities, we had not shed old commitments.  We decided to prioritize three things: Family, Health, and Chenmark.  If something didn’t clearly fit into one of those buckets, we were going to say no.  As simple as it sounds, it was difficult to execute.  There’s always a compelling reason to stay involved in that non-profit board, attend a social event, or go to an ancillary conference.

On this topic, we recently read Four Thousand Weeks: Time Management for Mortals, which had some thought-provoking insights.  One passage in particular resonated:

“The third principle is to resist the allure of middling priorities.  There is a story attributed to Warren Buffett – although probably in the apocryphal way in which wise insights get attributed to Albert Einstein or the Buddha, regardless of their real source – in which the famously shrewd investor is asked by his personal pilot about how to set priorities.  I’d be tempted to respond, ‘Just focus on flying the plane!’ But apparently, this didn’t take place mid-flight, because Buffett’s advice is different: he tells the man to make a list of the top twenty-five things he wants out of life and then arrange them in order, from the most important to the least.  The top five, Buffer says, should be those around which he organizes his time.  But contrary to what the pilot might have been expecting to hear, the remaining twenty, Buffett allegedly explains, aren’t the second-tier priorities to which he should turn when he gets the chance.  Far from it.  In fact, they’re the ones he should actively avoid at all costs – because they’re the ambitions insufficiently important to him to form the core of this life, yet seductive enough to distract him from the ones that matter most.”

It’s very easy to say no to things we don’t care about.  Eliminating activities that are somewhat important is difficult.  That’s because those tend to create the illusion of productivity while in reality, are detrimental to outcomes.  Resisting the siren song of personal and professional middling priorities takes work and steadfast commitment.  While it’s still a work in progress, we can report much higher levels of productivity — and happiness — as a result of our decision to refocus on what is truly important to us.  Outcomes are yet to be determined.