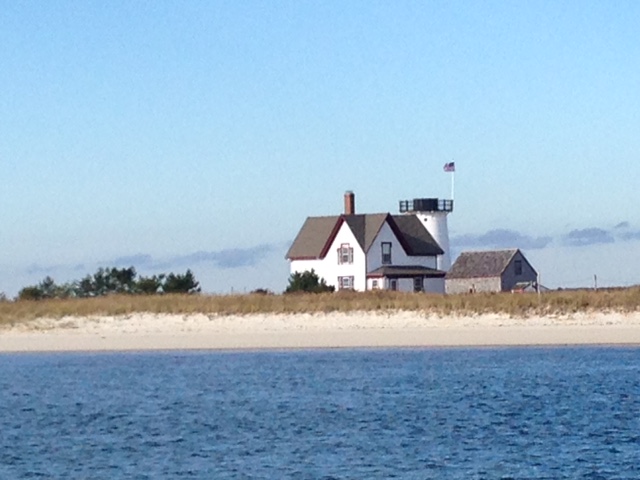 Last month Google made headlines in the technology world by announcing that the company would open source TensorFlow, its machine learning library. The platform, originally developed by internal researchers and engineers on the Google Brain Team for the purposes of conducting machine learning and neural networks research, has been called Google’s “secret sauce” and is credited with leading to dramatic improvements in several well-known products like Search, Translate, and Photos. On a recent conference call, CEO Sundar Pichai noted the company’s ongoing commitment to machine learning by affirming:

“Machine learning is a core transformative way by which we are rethinking everything we are doing. We’ve been investing in this area for a while. We believe we are state-of-the-art here. And the progress particularly in the last two years has been pretty dramatic. And so we are thoughtfully applying it across all our products, be it search, be it ads, be it YouTube and Play et cetera. And we are in early days, but you will see us in a systematic manner, think about how we can apply machine learning to all these areas.”

Given the obvious importance of the technology, the immediate question is, why give it away? The answer, as several keen industry observers have pointed out, lies in understanding what makes Google truly unique. We will admit that we don’t know the first thing about putting together a machine learning algorithm. Our conceptual grasp of Random Forest optimization or k-means clustering is similar to that of a casual Denver Broncos fan who hears Peyton Manning yell “Omaha!” and knows that some sort of audible is happening. That Google has enough brilliant and highly trained employees to produce not one, but an entire library of machine learning algorithms clearly differentiates the company. However, there are plenty of other companies, research organizations, and committed individuals who possess the means, time, and motivation to replicate or even reverse engineer whatever processes Google thinks up. What others can’t recreate is the massive amount of high quality data that Google has available to feed its machine learning systems. Lukas Biewald expanded on this point on the Crowdflower blog:

“Google can safely open-source their core technology because without training data for their algorithms, you can’t build a search algorithm anywhere near as good as Google’s. And Google knows that no one can build a training data set as good as they have. By open-sourcing their algorithm they can count on the whole world to help make it efficient and powerful. But by keeping their data, they keep a large moat between them and their competitors.

For us, the implications of the distinction between data and data processing are twofold. First, in a world where advanced algorithms created by some of the smartest people on earth are being given away for free, it is incumbent upon business decision makers in every industry to find a way to use these tools effectively. To fail to do so means accepting the risk of falling behind in a rapidly evolving information age. Second, building and maintaining data sets with metrics highly correlated to business performance can create a significant competitive moat. We’ll be sure to keep both these lessons in mind as we continue to build out our data collection and analysis capabilities.

The proposed merger of Dow Chemical and DuPont has received a fair amount of press, and rightly so. The transaction, which has an estimated value of $130 billion, impacts over 100,000 employees, will undoubtedly face significant regulatory scrutiny, and has the support of high profile activist investors. We spent some time this week reading about the deal and the history of these two companies and think there are interesting lessons to take away. The first is to note the ambition of the plan since the merger involves not one deal, but four. As the New York Times notes:

“The merger is certainly an impressive feat of financial engineering…the two behemoths will merge, and then in the space of two years spit out three newly formed companies, one in agriculture, another in material sciences and a third in specialty products used in such fields as nutrition and electronics. This plan is one easily understood by a hedge fund activist or investment banker in a cubicle in Manhattan with an Excel spreadsheet. To them, it makes perfect sense to merge a company and then almost immediately split it in three. Doing so will meet the goal to define business lines with precision and, it is hoped, spur growth. Expenses can also be cut, on paper at least.”

While the scope of the Dow-DuPont plan is notable, the focus on financial engineering is nothing new. M&A activity has always been propelled by the idea of economies of scale and synergies. In the case of this deal, most expect these to come from areas of innovation, where activist investors feel the companies have been chronically overspending. From a Forbes article:

“The lower cost companies will now be largely without R&D, new product development, internal patent departments, university research grant management programs, and many of the finance, marketing and sales personnel.”

However, the challenge associated with combining and then re-separating two massive companies is enormous, and not to be underappreciated. Again from the New York Times:

“The problem, of course, is that putting together two companies and then splitting them almost immediately is no easy task. These are people and businesses being moved around and the logistics of integration alone may take years to work out. Pushing babies out into the world almost immediately seems to be asking for trouble. There will also be significant costs for the employees, suppliers and customers of all the companies involved.”

One of our biggest observations thus far has been how strongly the IQ / EQ balance skews toward the interpersonal when in an operational rather than analytical role. We focus intently on how our actions might impact 100 people, so we marvel at the burden of managing change with 100,000. Longer term, the anticipated reduction in R&D post merger means the innovation pipeline at the combined company may shrink. This is noteworthy since, in addition to Nylon, Lycra, Teflon, Kevlar, and others, DuPont was also the company that, in the early 1900s, created the concept of return on investment. We find it highly ironic that an analyst somewhere likely used an ROI calculation, or its derivative, to justify the significant reduction of the department that created the calculation in the first place.

Overall, we completely understand that streamlining and reorganizing the operations of both Dow Chemical and DuPont makes a lot of sense. We worry, though, that in the rush to realize synergies, there won’t be enough attention paid to sustainable, long term drivers of revenue. While we aren’t going to be pursuing mega-billion dollar deals anytime soon, we hope studying the dynamics at play will help us navigate our own strategic acquisitions when the time comes.

As our readers know, we are avid podcast listeners, and Tim Ferriss (author of The Four Hour Workweek) is in our regular rotation. Last spring, Ferriss introduced us to Ryan Holiday’s The Obstacle is The Way, a book about stoicism which was released in 2014 and has since sold more than 100,000 copies and been translated into 17 languages. Holiday explains the book, which relates the ancient Greek philosophy of stoicism to the modern world by noting that:

“Stoicism as a philosophy is really about the mental game. It’s not a set of ethics or principles. It’s a collection of spiritual exercises designed to help people through the difficulty of life. To focus on managing emotion; specifically, non-helpful emotion.”

While the book contains intriguing insights applicable to a broad range of people, it has become required reading in certain niches. For instance, Holiday’s work has quietly become one of the most widely read books in professional sports. In what Sports Illustrated called “the most unlikely Venn Diagram ever drawn,” The Obstacle is the Way has reportedly been read by a wide range of prominent athletes, coaches, and commentators such as Joe Maddon (Chicago Cubs), James McGee (Irish tennis Pro), Chandra Crawford (Olympian cross-country skier), Garrett Gilkey (NFL Lineman), and Michele Tafoya (NBC sideline reporter). Michael Lombardi and Bill Belichick distributed copies to New England Patriots staff and players during their 2014 Super Bowl victory run, and John Schneider and Pete Carroll distributed the book to Seattle Seahawks players this season (perhaps one year too late?). Holiday explained his understanding of the appeal of his book to the professional sports world:

“Stoicism is the distinction between what you can control and what you can’t. That’s probably the hardest idea of pro sports—that you have to detach yourself from the results and focus exclusively on what you do and do it well. You can’t get mad about missing the shot, or losing a game, or calls that went against you. You have to focus on what you were supposed to do and whether you did it right.”

As Sports Illustrated pointed out, although they may not necessarily label themselves as such, high level athletes can be classified as stoics given their widespread ability to endure pain, hardship, and failure without complaint or distraction. Their ability to emotionally handle setbacks whether a team loss, an injury, or personal failure in the public spotlight is what makes them exceptional. Sports Illustrated expands:

Tim Ferriss, who distributed The Obstacle Is The Way as an audiobook, noted:

“There’s a tendency now, especially in the U.S., to reward everything as a win. In sports, failure is the nature of the beast. It’s what separates the also-rans from champions, especially being able to come back from a mistake and be better rather than hesitant. For the best athletes, the obstacles shaped them. They have an operating system. They are resilient.”

Just as in a sports career, an entrepreneur’s journey will be filled with obstacles. At some point, despite our best efforts, it’s likely that a star employee will quit, we will “fall down” on a job, margins will decline, or a promising deal will unexpectedly crumble. For us, however, we seek to embrace Holiday’s message and keep in mind that the inevitable pitfalls in our professional journey are not to be avoided, but rather embraced as guideposts along the path to success. To do this, we remember the logic behind the book’s title, which is based upon Holiday’s favorite quote from the Roman emperor Marcellus Aurelius: “The impediment to action advances action. What stands in the way becomes the way.”

Sports Illustrated, The Obstacle is the Way

Weekly Thoughts will return in 2016.