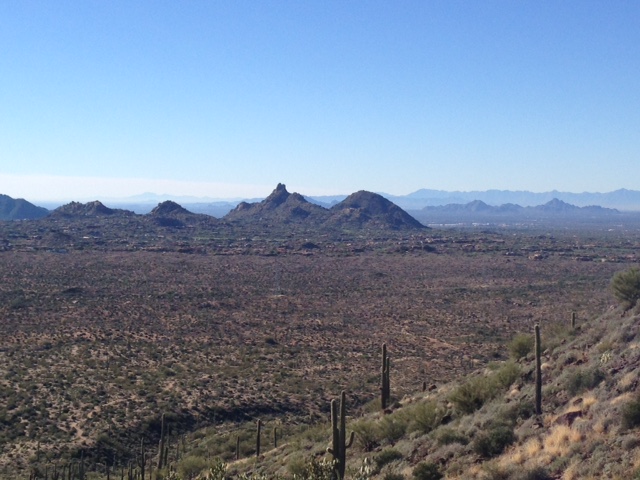 We recently finished reading Will Thorndike’s “The Outsiders: Eight Unconventional CEOs and Their Radically Rational Blueprint for Success.” The book profiles eight corporate CEOs who have produced stock price performance during their tenure that handily beat both the broad market and their respective peer groups.

So who are these supernova corporate executives? Thorndike demonstrates that despite a barrage of publicly surrounding certain “celebrity CEOs,” some of the best corporate leaders are not household names, but rather are “humble, unassuming, and often frugal outsiders.” The profiled outsiders include Tom Murphy (Capital Cities Broadcasting), Henry Singleton (Teledyne), Bill Anders (General Dynamics), John Malone (TCI), Katherine Graham (The Washington Post), Berry Stiritz (Raulston Purina), Dick Smith (General Cinema) and Warren Buffett (Berkshire Hathaway). As the graph below depicts, “the outsiders” approach to business leadership as been incredibly powerful:

Interestingly, while many of the outsiders had notably different backgrounds, they demonstrated strikingly similar approaches to corporate governance. At the heart of their success was a focus on capital allocation. As Warren Buffett noted, “The heads of many companies are not skilled in capital allocation. Their inadequacy is not surprising. Most bosses rise to the top because they have excelled in an area such as marketing, production, engineering, administration, or sometimes, institutional politics. Once they have become CEOs, they must now make capital allocation decisions, a critical job that they have never tackled and that is not easily mastered. To stretch the point, it’s as if the final step for a highly talented musician was not to perform at Carnegie Hall, but instead, to be named Chairman of the Federal Reserve.”

Thorndike elaborates on the outsiders approach:

“Their specific actions stemmed from a broader, shared mindset and added up to nothing less than a new model for CEO success, one centered on the optimal management of firm resources. Although the outsider CEOs were an extraordinarily talented group, their advantage relative to their peers was one of temperament, not intellect. Fundamentally, they believed that what mattered was clear-eyed decision making, and in their cultures they emphasized the seemingly old-fashioned virtues of frugality and patience, independence and (occasional) boldness, rationality and logic.“

Thorndike’s observations surrounding executive leadership as primarily an asset allocation role, not necessarily an operational role, deeply resonates with our natural proclivities. However, we also acknowledge that “the outsider” approach is not foolproof. The risks associated with placing large leveraged bets, and the difficulties inherent in pursuing a path with little social proof are very real, and not to be underestimated. As we work to refine our own corporate identity, we suspect that we’ll revisit the lessons captured in Thorndike’s book many times in the years ahead.

We have highlighted demographic trends in the small business space before, and we have continued to research this topic in depth. While most of our discoveries have confirmed our initial hypotheses, we have been surprised by the extent of the current trends in the data. For example, “Roughly 3.6% of households headed by adults younger than 30 owned stakes in private companies, according to an analysis by The Wall Street Journal of recently released Federal Reserve data from 2013. That compares with 10.6% in 1989—when the central bank began collecting standard data on Americans’ incomes and net worth—and 6.1% in 2010.”

According to Barlow, the rise in average ownership age will promote increased turn-over in the small business space as retirement becomes a more realistic possibility for this cohort. Based on the Wall Street Journal report, there aren’t as many prospective buyers to meet the inevitable supply which increases our enthusiasm for stepping into this void.

This week we read an interesting article from Barbell Shrugged, a fitness blog we visit periodically. The article, titled “The 3 Things Most People Don’t Know About Muscle,” discusses three popularly held, and somewhat misleading, beliefs on muscle according to Dr. Andy Galpin, a PhD in Human Bioenergetics and a Muscle Physiologist.

The first topic is likely the most well known and attacks the preconception that in order to build muscle, you must first break it down. Much like a bone, which heals stronger after a break, the logic goes that to gain mass you must first stress the body to a breaking point and force it to adapt accordingly. Adages like “no pain, no gain” and “what doesn’t kill you makes you stronger” fit into this thinking, and as Dr. Galpin concedes, it is true. But does it have to be that way? From the article:

“Damage is associated with muscle growth, but it’s not necessary in and of itself. You can induce damage, sure. That works well, especially if you’re doing heavy eccentric work during long squat sets, let’s say. But you have to consider the cost. Recovery will take longer when you’re really sore, which is a problem.”

In the extended video interview, Dr. Galpin expands on this point by admitting that a decent gauge of whether or not you have done enough work in the gym is the soreness you feel the following days. Physiologically, however, the level of soreness does not correlate to the level of gain you should expect. It does, however, correlate to the athlete’s ability to recover, a cost that can negate the gains made in the workout itself. Dr. Galpin sums up the premise succinctly: “Be careful with how often you train maximally. It’s much wiser to train optimally, saving all that wear and tear. This approach will keep you stronger and healthier for longer.”

In addition to agreeing with the physical implications, the corollary to business is equally convincing. Whether its training or working, doing anything truly maximally comes with a recovery cost before being able to do it again. Instead, we should aim for maximum output with minimal recovery, allowing gains to be compounded more quickly, and less painfully.