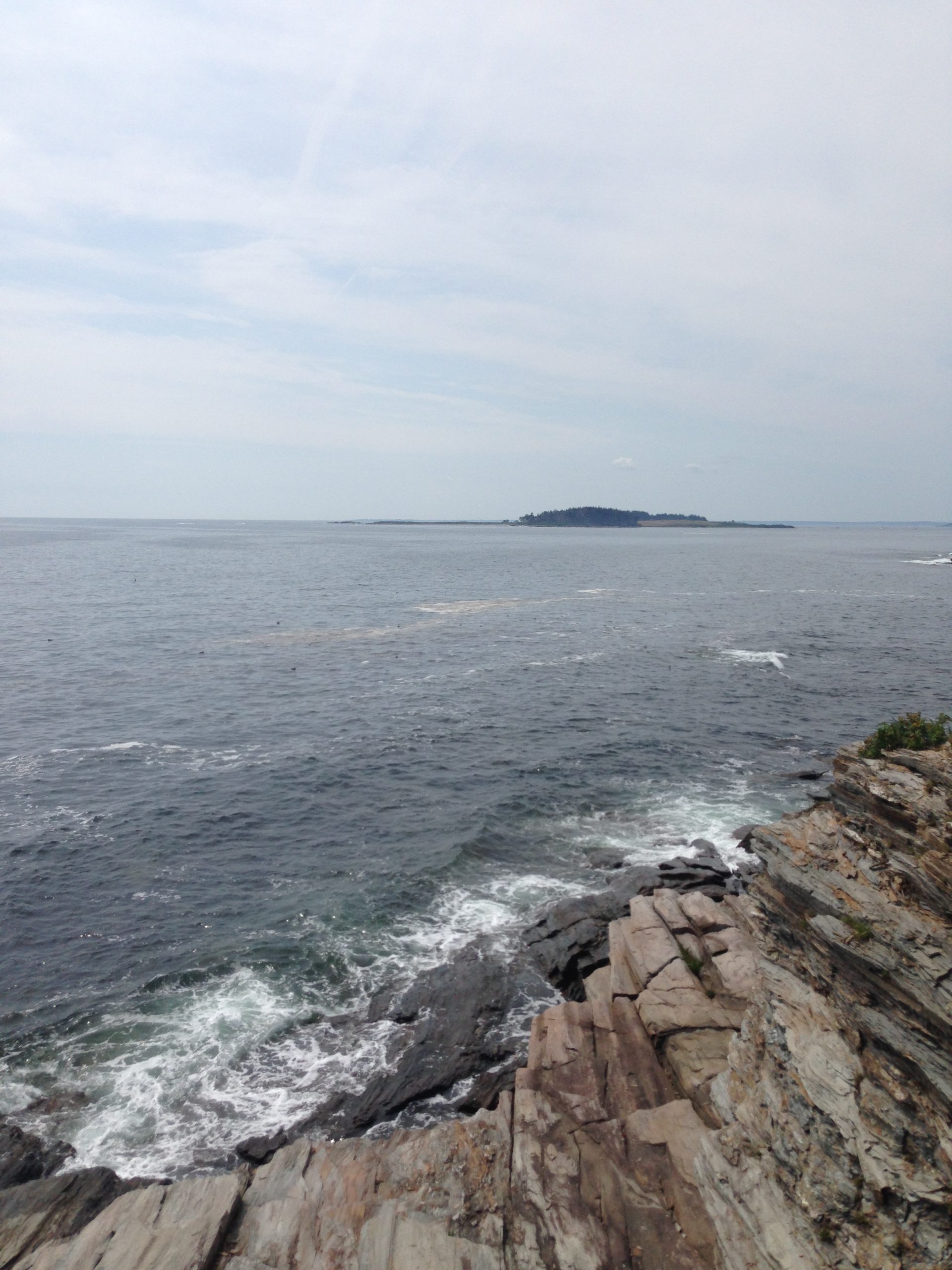 Over the past year, we’ve noticed a striking increase in alarmist commentary outlining how advances in technology will disrupt our workforce, our economy, and our society. For example, NPR’s Planet Money hosted a multi-part series on the dangers of automation, The Atlantic published a piece titled What Jobs Will The Robots Take?, Harvard Business Review opined on the topic in their article What Happens to Society When Robots Replace Workers, and the Bank of England’s Chief Economist warned us that “half of all British jobs could be replaced by robots.”

On top of all that, this week we were forwarded a Wall Street Journal article with the headline, The Robots are Coming for Wall Street, which noted that “hundreds of financial analysts are being replaced with software. What office jobs are next?” The article highlighted work done by academics at Oxford University, who reported that “47 percent of current American jobs are at ‘high risk’ of being automated within the next 20 years.”

To be sure, these articles report on very real technologies that are likely to have a profound and lasting impact on the world around us. That said, we’ve found the majority of commentary surrounding technological advancements is written in a tone that assumes disruption has inherently negative consequences. Canadian magazine Maclean’s, in writing about this phenomenon, noted “you could say pessimism is booming. But then, pessimism has always been a growth industry.”

Given the negativity, this week we enjoyed learning about Louis Anslow, a 24 year old British web designer and curator of the increasingly popular Pessimists Archive Twitter account. Created in reaction to what Anslow views as overly negative prognostication surrounding the role of technology, Pessimists Archive uses historical newspaper and media archives to highlight “wrongheaded doom and gloom prophecies about technology and human progress.”

For example, recent posts include 19th century concerns about bicycle safety (an 1880 article noted “I consider the bicycle to be the most dangerous thing to life and property ever invented. The gentlest of horses are afraid of it.”), concerns about book availability (A 1926 New York Times article titled Too Many Books Spoil the Public highlighted “expert” concerns that an abundance of reading may be “injurious to thinking”), and dismissal of the automobile’s usefulness (a 1908 New York Times article argued the “automobile is practically useless for military purposes” and “won’t supplant the horse”). Of course, these are cherry-picked news articles, but it’s refreshing to remember pessimistic prognostication is only one side of the story. Anslow expanded on this in a Maclean’s magazine interview:

“I’ve always found it very frustrating that pessimism is so prevalent in popular culture: microwaves are going to give us cancer; everyone’s addicted to TV or the Internet or their phones. You’re missing the bigger picture. I wanted to point this out. People tend to take pessimism so seriously in the present, but it’s so ridiculous when you look back.”

We don’t think either optimism or pessimism are inherently “right” or “wrong” mindsets. Rather, it’s the lack of balance between the two in popular media that bothers us. Intellectual honesty involves doing the hard work to see opportunities in both an optimistic light when projecting upside potential, while also incorporating pessimism into downside scenario analysis. The trick — which admittedly requires lifelong refinement — is knowing when to see the world through rose-colored glasses and when to be a Doubting Thomas.

This week, blogger and tech-guru Irving Wladawsky-Berger introduced us to the concept of “T-shaped” professionals and organizations. For those unfamiliar, a T-shaped person has depth of skill in a particular area (the vertical bar of the T) as well as the ability to work effectively across disciplines with experts in other areas (the horizontal bar of the T). In our experience, a T-shaped skill set is difficult to find: Individuals tend to either be “I-shaped” (i.e. expert in a particular subject area, but lacking the interpersonal skills to collaborate effectively with other disciplines) or “Dash-Shaped” (strong interpersonal skills, but lacking depth of expertise). The website Code Renaissance explains further:

“T-Shaped people are people who are deep or expert in one particular skill set and also have a number of complementary or tangential skills that they are shallower in. It is important to note that they do have a primary area of expertise and are quite different from a generalist or a jack of all trades (as the old saying goes, ‘Jack-of-all-trades; Master of none’). T-Shaped people are like the traditional I-Shaped person, a specialist, but they also branch out wider, where an I-Shaped person will primarily go deeper and deeper.”

In today’s corporate environment, a T skill set is becoming increasingly valuable. For example, a recent Harvard paper showed employment and wage growth since 1980 has been particularly strong in jobs requiring high cognitive and social skills, which, according to the authors, suggests that “cognitive skills are increasingly a necessary but not sufficient condition for obtaining a high-paying job.” Furthermore, a recent survey of global business leaders completed by the Annenberg School of Communications and Journalism at the University of Southern California reported the following attributes as critical for executive success: adaptability, cultural competence, 360-degree thinking, intellectual curiosity, and empathy.

Tim Brown, CEO of renowned creative consulting firm IDEO, provided color to these findings in an interview with ChiefExecutive.net, noting that individuals with only the social skills — breadth but no depth of knowledge — have “empty experience” and struggle to gain respect across the organization. The opposite, however, is no more effective:

“Most companies have lots of people with different skills. The problem is, when you bring people together to work on the same problem, if all they have are those individual skills – if they are I-shaped – it’s very hard for them to collaborate. What tends to happen is that each individual discipline represents its own point of view. It basically becomes a negotiation at the table as to whose point of view wins, and that’s when you get gray compromises where the best you can achieve is the lowest common denominator between all points of view. The results are never spectacular but at best average.”

The T-shaped concept can also be applied to organizations. Wladawsky-Berger outlined this concept for readers, explaining that the T-shaped organization is “both good at the management of its existing operations, as well as being good at the strategy and innovation needed for a healthy future. It’s not so easy to be good at both operations and strategy because they require fairly different talents and cultures.”

While we agree with the inherent value in this concept, we have noticed one aspect missing from the commentary: structure. Both individuals and organizations need structure to develop and enable this type of multi-faceted dynamism. Without easy access to collaborative forums where individuals can share expertise and learn about issues, concerning oneself with T-shapes is unproductive. As business owners we face two challenges in this area. The first is identifying T-shaped employees. Once we have those people on board, the second is creating collaborative platforms within the organization to enable information flow between expert silos. Both challenges present interesting intellectual hurdles, which we look forward to facing as we progress with our business ventures.

We are fascinated by new sources of information that challenge conventional wisdom. This week, we stray from questioning the widespread use of Q-Tips to an equally engaging topic (albeit one with much darker implications): The Milgram Experiment.

Conducted by psychologist Stanley Milgram at Yale University in the 1960’s, this well-known experiment tested the relationship between individual conscience and obedience to authority. The study, which consisted of “teachers,” “learners,” and “researchers,” was designed so that all participants were teachers and, unbeknownst to the participants, actors played the role of learners and researchers (stay with us). The teacher asked the learner (who was in a different room) a series of questions. If a learner answered a question incorrectly, the researcher directed the teacher to administer increasingly powerful electric shocks to the learners. On the (fake) shock generator, there were 30 switches marked from 15 volts (slight shock) to 450 (danger – severe shock). As the shocks became more powerful, the learner would cry out in pain, and at times, stop answering (implying death). If (and when) the teacher expressed concern for the health of the learner, the researcher would give a scripted series of escalating orders (“continue please”, “the experiment requires you to continue”, “it is absolutely essential that you continue”, and “you have no other choice but to continue”) to prompt compliance.

Most people believe they would not administer increasingly painful — and potentially fatal — electric shocks to a fellow civilian solely because that individual answered mundane test questions incorrectly. However, that result would not have made this experiment famous. Instead, 100% of participants (i.e. teachers) in Milgram’s experiment administered shocks to 300 volts, and 65% administered shocks to 450 volts (the highest level), despite hearing cries of pain and pleas for mercy. Milgram summarized his findings in a 1974 article by saying “stark authority was pitted against the subjects’ strongest moral imperatives against hurting others, and, with the subjects’ ears ringing with the screams of the victims, authority won more often than not.” RadioLab further explains the importance of Milgram’s work, noting this “experiment remains one of the most famous experiments of the 20th century. It’s still used to explain everything from hazing, to war crimes, to gang behavior, genocide. It’s like a downloadable from the internet defense for doing something wrong.”

While the summary is powerful, the truth is more complicated. It turns out the aforementioned study is just a baseline study. Milgram actually performed multiple variations of the experiment, each of which produced a different outcome. For instance, if the teacher was in the same room as the learner, full obedience dropped to 40%. If the researcher was not a “scientist” (i.e., not wearing a white lab coat), obedience dropped to 20%. If there were two researchers in the room — who expressed different opinions — obedience dropped to 0%. Finally, if and when a researcher used the most direct order (“you have no other choice but to continue”) as opposed to a request (“continue please”) there was total disobedience. RadioLab expands on these results:

“The subjects are willing to shock another human being, but as soon as you say it’s an order, they don’t do it…. Now that’s important, it’s very important. If you ask university undergraduates what does the Milgram study show, they will invariably say something like ‘people obey orders.’ But actually, that’s the one thing the study doesn’t actually show that people obey orders. It’s a pretty big thing to miss, it’s a pretty big f*cking thing to miss, isn’t it really?”

From what we can understand, if an individual believes she is helping something important and valuable (i.e. research at Yale), she may be more willing to undertake violent or unethical activities. As RadioLab explains, “they are trying to do the right thing. They are not doing something because they have to, they are doing it because they ought to.”

Our main takeaway from restudying Milgram is that there is no overarching takeaway. Despite a craving for neat governing laws of human behavior, psychology is not math or psychics. There are no rules, but rather a multitude of nuanced outcomes that may follow broad guidelines, expect when they don’t. The sooner we accept the inherently messy nature of human beings, the closer we are to building the diverse cognitive skill set required to adapt as situations warrant.