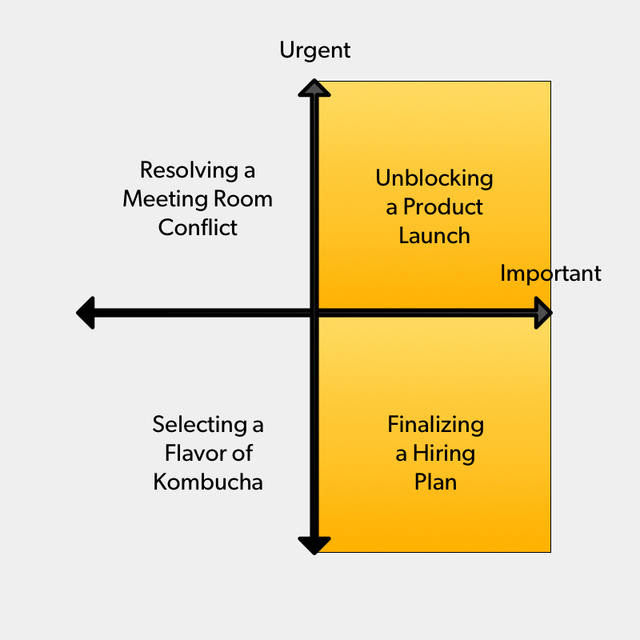 Weekly Thoughts: Predictions, The Power of Broke, and SPADE

Rampant media coverage of the $1.5 billion Powerball Lotto over the past few weeks caused us to think more about predictions, as the essence of lottery participation is a belief in an individual’s ability to forecast a winning combination of numbers. Despite the fact that everyday life is filled with predictions, most people are terrible at forecasting of all types, whether it’s Joe Sixpack picking lotto numbers, a mutual fund manager selecting stocks, or a political pundit forecasting election results.

However, encouraging advancements have been made in the field of understanding what makes for good — and bad — predictions. For instance, in 2011 the Intelligence Advanced Research Projects Activity (“IARPA”) initiated the Aggregative Contingent Estimation (“ACE”) program, one of the world’s largest forecasting tournaments. The objective of the ACE program, which ended in 2015, was to crowdsource answers to better “anticipate surprise” for events relevant to national security, such as whether or not Putin would invade Ukraine, Greece would leave the Eurozone, or China would devalue its currently.

Involvement in the program was organized via various participating research programs, each of which had their own approach. One forecasting group — the Good Judgement Project “GJP” — assembled a group of seemingly very normal people who significantly outperformed expectations, with the top 2% of “superforecasters” reportedly providing predictions on national security events 30% better than intelligence officers with access to classified information.

Headed by Wharton Professors Philip Tetlock and Barbara Mellers, along with Don Moore, Professor at Berkeley’s Haas School of Business, the GJP used an unconventional approach to select forecasting participants. In a recent Freakonomics podcast, Tetlock explained that the GJP was probably the “most eclectic and opportunistic of the research programs” because of their willingness to “roam across disciplines fairly freely” and test various prediction hypotheses other programs took for granted (such as whether or not forecasters should work in teams, or whether or not they should give participants cognitive bias training).

Based on this experience, Tetlock has come to two main conclusions, which are outlined in his recent book, Superforecasting: The Art and Science of Prediction. The first is that “foresight is real” and the second is that predictive success is related to the process, not the person. Tetlock explains:

“It’s not really who they are. It is what they do. Foresight isn’t a mysterious gift bestowed at birth. It is the product of particular ways of thinking, of gathering information, of updating beliefs. These habits of thought can be learned and cultivated by any intelligent, thoughtful, determined person.”

Tetlock observed many similarities amongst superforecasters. For instance, superforecasters are more likely to believe in chance (rather than fate), be continuously humble about their judgement ability, be actively open-minded (i.e. willing to quickly change their mind with new information), and comfortable with numbers particularly when it comes with quantifying states of uncertainty (i.e., there is a 40% chance of a violent conflict between South and Koran Korea in the next six months vs. there is a good chance of conflict between South and North Korea). As mentioned previously, since superforecasters are unlikely to be subject-matter experts, they typically conduct research using very basic resources. For instance, superforecaster — and pharmacist from suburban Maryland — Elaine Rich, explained her process to NPR:

“SPEIGEL: Do you go to obscure Internet sources or are you just using, like, Wikipedia to make your judgments?

RICH: Usually I just do a Google search.

SPIEGEL: Your basic process is a Google search.

Similarly, superforecaster Bill Flack, a 56 year old retiree from rural Nebraska noted to Freakonomics that he doesn’t often “read the newspaper at all, and when I do it’s generally the Omaha World-Herald, which isn’t remarkable for its foreign-policy coverage.”

We find takeaways from the Good Judgement Program encouraging, because they demonstrate how predictive capabilities are not a mysterious innate quality but rather a skill that can be cultivated regardless of access to information. Additionally, the results show that perhaps the largest folly for prediction is overconfidence, which ironically can be fueled by too much access to “expertise.” These observations reassure us that we can learn from Tetlock’s techniques and apply them to our own activities.

The Power of Broke

This week we spent time thinking about constraints. Our impression is that limitations, whether they are based on dollars, time, or some other metric, are generally perceived negatively. The common refrain is that we could do anything we want if we only had the time and/or the money. Certainly in business, it is assumed that the probability of success for a project is directly correlated with the size of that project’s budget.

However, there are others who take the completely opposite view and approach constraints as a positive driver of innovation and creativity. From Peter Diamandis:

“When you give people a hard problem, and then give them unlimited resources to solve it, they typically take a conservative route… spending a lot of money and taking a lot of time in an effort to avoid failure. It’s human nature. However, when you ask them to deliver 10x performance, with severely limited resources (i.e. 1/10th the budget and 1/10th the time), it drives invention and innovation.

Typically, one of two results emerge. [Either] Participants shrug their shoulders and say, ‘That’s crazy, it can’t be done,’ [and] they write it off immediately, and they’re out of the game (this is what the majority of people do), [or] a few brave souls will give it a try. Knowing that the old ways can’t possibly work, they start with a clean sheet of paper and invent new approaches. Even if they don’t succeed, they will pioneer new strategies that didn’t exist before.”

The crucial point here, and it was definitely an ah-ha moment for us, is that often times, noted entrepreneurs or researchers achieve success not in spite of their constraints but because of them. Rather than relying on funding or loose deadlines, they were forced to rely and their creativity, drive, and persistence to accomplish their goals. FUBU founder and noted Shark Tank investor Daymond John expands on this concept in his new book, The Power of Broke. He notes:

“Money is the grease that can get a business up and going, but it is creativity, willpower, and innovation that will push that business forward into success. In reality, if you have money to buy anything you want, then you have no reason to be creative. You get lethargic, and you just buy whatever you need for whatever cost. I am not saying that having money is a bad thing. What I am saying, though, is that when you are broke, that’s when you find the strength within you to start a successful business.”

Obviously, all businesses owners and investors eventually want to arrive at a place where they have unlimited funds and the time to deploy them thoughtfully. However, the notion of constraints as a positive contributor to success is something that resonates with us. We have tried to embrace this concept by holding ourselves accountable to aggressive deadlines and strict budgets. Time will tell if this is a viable long term strategy for unlocking our creative potential, but we can say that nothing brings a team together like driving across the country for a meeting in a rented mini-van with an air mattress in the back to avoid flight and hotel costs.

Whether at Chenmark or at our portfolio companies, decisions get made all the time. From choosing a supplier or service provider to hiring a new employee, workflow is punctuated by decision points interspersed by spurts of implementation. All decisions, however, are not equal, and thus require different structures and processes to make them. Difficult, or particularly impactful, decisions need a special framework to ensure understanding, buy-in, and accountability. Thanks to an article by FirstRound Capital, we found some insight into how Square tackles these types of decisions.

The first step is to make sure only truly hard decisions are treated as such. To do so, Square uses the following chart to emphasize that hard decisions have some combination of importance and urgency. Decisions that fall into the lower left quadrant are traps, as they are easy to make and inconsequential to the company, no matter how much you like (ginger) Kombucha. Once a decision is deemed hard, Square uses a framework dubbed SPADE (Setting, People, Alternatives, Decide, and Explain) as a step-by-step guideline for the decision making process. While the entire framework is useful, the ‘P’ (people) is of particular interest to us, as it highlights the need for clearly defined roles for all contributors in a decision. At Square, there are only three categories of people in decision making—consultants, the decision-maker, and the approver. While the number of consultants will vary based on the decision at hand, there is always only one decision-maker and approver, and it is the decision-maker who owns the process. From the article:

The approver, generally a senior-level person, is purposely kept outside the process so as to preserve a fresh perspective. Square is careful to emphasize that the approver’s primary objective is to analyze the quality of the decision process, not the decision itself, but does have veto authority as a form of check-and-balance.

Lastly, yet most importantly, is the role of the consultants. These are the people impacted by the decision and must be heard and given the opportunity to contribute. Gokul Rajaram, head of Caviar, a restaurant delivery service within Square, recalls one instance that highlights the role of consultants, and their importance in the decision making process:

“I remember one instance that had to do with the change in policy for how engineers wrote unit tests for software. The decision maker, an engineering lead, had consulted with several of his fellow engineering leads and felt comfortable with his decision. Then he sent an email with the policy update decision to all of Square’s engineers….Within 30 minutes, a dozen people replied, many of them disagreeing vehemently with the decision. To his credit, the lead took ownership. He froze the decision and invited every engineer at Square who agreed or disagreed with the decision to meet with him over the next week… A week later, he sent his new decision out by email. Guess what? It was exactly the same decision as the last time. But this time, nobody complained. Why? Because they all had been listened to.”

We face big, hard decisions constantly: hire, fire, grow, or acquire, and to date have yet to establish a formal framework to guide that process. Getting a peak at how a company like Square manages similar situations helps provide context on how we can do the same.