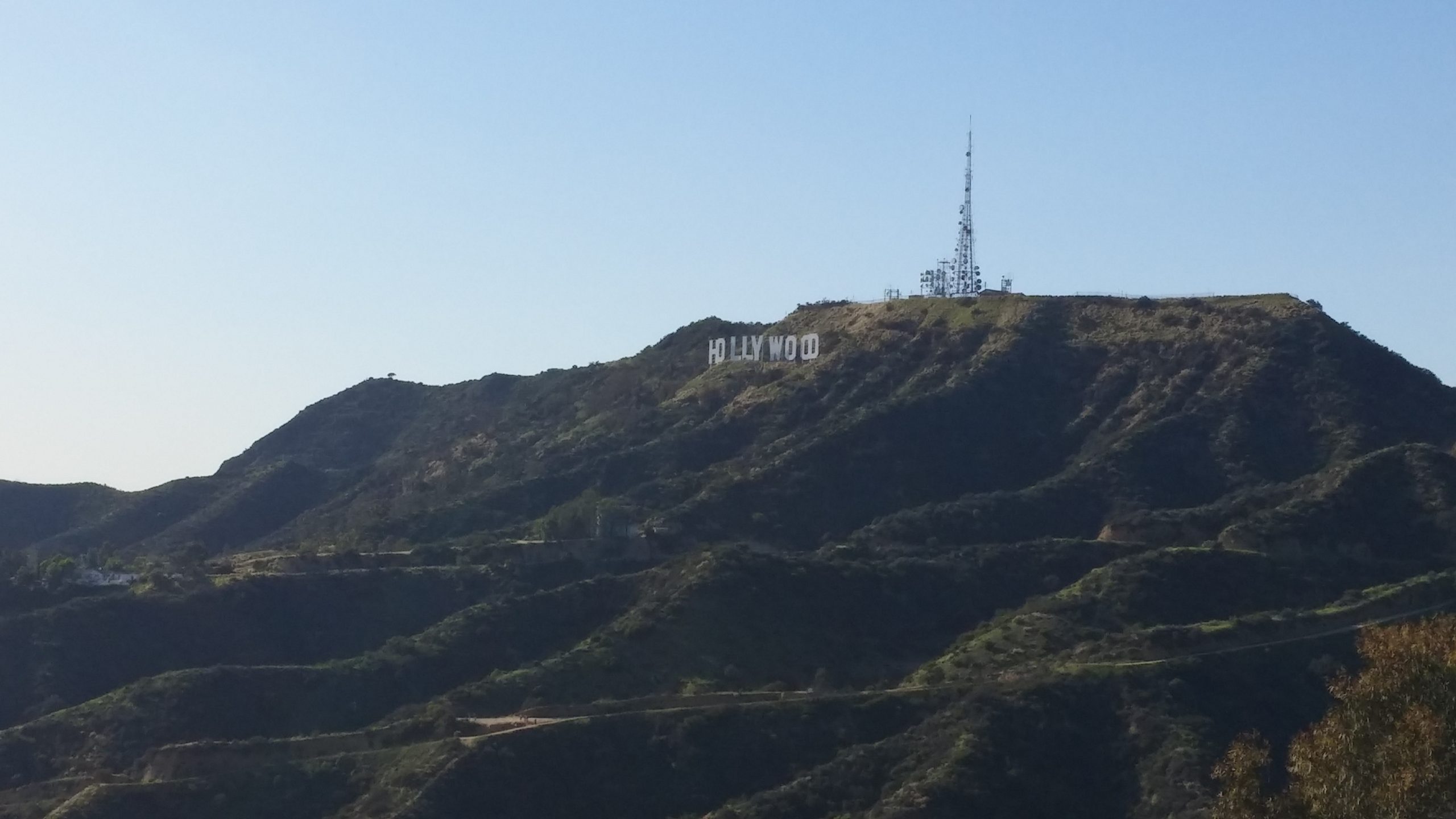 Today, it’s entirely possible — even expected — for new companies to emerge, seemingly out of nowhere, and disrupt long-established business models. While disruption in business has occurred for centuries, the sheer speed and force of change in today’s corporate environment was unimaginable just decades ago. Although it’s clear that technological advancements underpin this phenomena, what’s curious to us about this trend is that at the surface, large companies should be at a significant advantage. While start-ups are nimble and generally singularly focused, established companies have war chests of capital to invest in R&D, theoretically enabling them to stay ahead of the innovation curve.

We recently read an informative post on Steve Blank’s blog about the evolution of corporate R&D, which helped us better understand this conundrum. Blank — the well-regarded father of the “Lean Startup” movement — points out that “current corporate organizational strategies and structures have failed to keep pace with the rapid pace of innovation.”

For Blank, the key to understanding corporate disruption is to recognize that periods of technological revolution require companies to radically change their structure in order to survive. Blank outlines how Corporate America has already undergone this process three times, and how we are in the midst of a fourth.

The first such shift was from general commerce to specialization and trade. Initially, the majority of business in America was conducted via general merchants, who bought, sold, imported, and/or exported multiple products for wholesale and/or retail. In the mid 19th century, this business model gave way to specialists who focused on a particular product (i.e. cotton, shoes, drugs) and a singular aspect of the supply chain (i.e. import, distribution, wholesale, retail). These specialists were able to outcompete the general merchants, who were suddenly at a disadvantage after years of business dominance.

The second shift was from a local specialist to a national corporation. The specialist model — dominated by local owner-operators — persisted until the railroad industry eased travel and transportation constraints, allowing business to be done nationally. Opportunistic individuals adjusted their models to cover larger geographic areas by bringing in salaried managers and administrators, a concept foreign to even the most sophisticated specialist. As most companies at this time were vertically integrated (they were, after all, coming out of the specialist stage), companies built structures around functions (i.e., manufacturing or sales) and began to develop professional managers and organization charts.

The third shift saw a change in how national corporations organized themselves, with the functional structure giving way to an operational structure. As large companies grew in dominance and broadened product lines, they faced difficulties managing day-to-day operations. As a result, innovative companies, led by DuPont and General Motors, departed from organization by function (i.e. sales or purchasing) to organization by operational division (i.e. product or region), eventually assigning each division its own profit-and-loss responsibility. This change ushered in the golden era of Corporate America, one where scale and breadth reigned supreme. Blank argues it is this model that is currently under attack in a fourth structural shift, where established companies struggle to figure out how to keep pace with the onslaught of technological change.

How does this relate to corporate R&D? During the generalist, specialist, and initial national corporation stages, new product innovation was ad-hoc, largely occurring outside corporations by iconic inventor-entrepreneurs such as Thomas Edison and Alexander Graham Bell. However, the solidification of Corporate America led to the idea of in-house R&D labs, essentially replacing the inventor-entrepreneur. Corporate R&D labs (i.e., GE Labs, IBM Research and Bell Labs) became hotbeds of innovation, attracting the best minds, and receiving the best funding. During this time, most innovation occurred within companies, a tendency reinforced by limited access to, and sharing of, information across companies. Albert Meige and Jacques Schmitt expand upon this dynamic in their book, Innovation Intelligence: Commoditization. Digitalization. Acceleration:

“The period between the end of World War II and the mid-1970s was the golden age of corporate R&D. Many private-company R&D departments were at the leading edge of scientific research. In addition, this large volume of in-house knowledge was perceived as a solid barrier to entry by potential new competitors; indeed, large investments had to be made to learn enough to be capable of entering and competing.

Closed innovation implies deep vertical integration (from raw material to after-sale services), because the company can count only on itself. During this gold age of corporate R&D, not-invented-here (NIH) syndrome inflicted the most damage: everything outside the company was considered suspicious and unreliable.”

During the 1970’s, the rise of venture capital enabled small companies led by investor-entrepreneurs to innovate outside the confines of large corporations again (think Bill Gates or Steve Jobs). This sparked the beginning of a thirty year erosion of the traditional corporate R&D program, forcing companies to seriously rethink this historically dominant structure. The main shortcoming of the iconic corporate R&D departments was a gradually increasing focus on incremental innovation instead of on new technology cycles (i.e. more focus on the “D” at the expense of the “R”). This trend was driven by the increasing weight placed upon financial metrics such as Return on Net Assets and Internal Rate of Return, which forced companies to either ignore or delay the roll-out of innovative work until virtually certain of its commercial viability. Schmitt and Meige again:

“To coordinate the connection between research and development, many companies set up a buffer between the two departments. One role of this buffer was to store an invention generated by the research department, and then, when operations and the market were ready, to pass the invention to the development department. During the postwar golden age, many discoveries were shelved in this way for several years and sometimes indefinitely.”

As start-up companies are unconstrained by corporate financial priorities, they have been able make bold bets on entirely new technology essentially putting them in a position to leapfrog their competition. Moreover, they have been able to attract talent from stodgy corporate R&D departments by emphasizing the momentum and excitement associated with transformative change. Blank explains:

“Corporate researchers are voting with their feet, leaving to join startups or to start companies themselves, further hampering corporate innovation efforts. Ironically as the general pace of innovation accelerates outside companies, internal R&D organizations no longer have the capability to disrupt or anticipate disruptions.”

The shift has been gradual. While Bell Labs dissolved in the 1980’s, many of today’s large corporations still have structured R&D departments. However, it is becoming increasingly clear that corporate R&D spend is not necessarily an indicator of innovative potential or a significant competitive moat. On the contrary, companies are increasingly being rewarded by the market for treating innovation as something best acquired via alternative means. For example, J.P. Morgan and Goldman Sachs have rapidly increased their strategic venture investments in financial technology start-ups. Many companies, including stalwarts of the traditional corporate model like Ford, Wal-Mart and AT&T, have developed “innovation outposts” where satellite offices are placed in technology hotbeds like Silicon Valley. Finally, and perhaps most notably, there are some companies like Valeant Pharmaceuticals who have decided to significantly reduce their internal R&D program, opting instead to accumulate cash for the purpose of serially acquiring— rather than developing— innovation.

While it is yet to be seen whether this strategy shift toward acquired innovation will be successful in the long-run, it is clear to us that regardless of century, corporate paradigm shifts are always messy. As business owners it is crucial to try to understand the nature of change as it is happening so that we can position ourselves to react accordingly. While we don’t have a large (or any) corporate R&D department, we do spend significant time thinking about how best to make investments for the future. While there is a natural inclination to develop new systems and products in-house, studying the rise of R&D via M&A is a reminder that the best solution may exist outside our office walls.