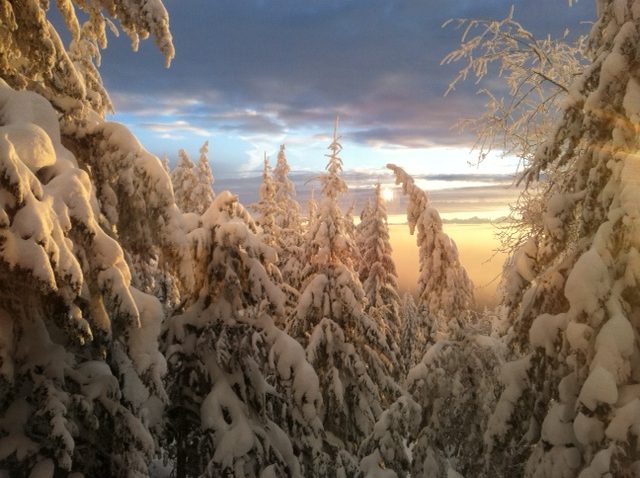 This week we stumbled across a fascinating article that outlined the predictive capabilities of real-time Google search data. While in the past, Google released aggregated search data on a delay, the company recently decided to release data on trending search queries in real-time, enabling insights into areas previously dominated by traditional news sources. Thus far, the results have been compelling. Bloomberg explains:

“In the weeks leading up to Canada’s elections in October, Prime Minister Justin Trudeau became the top-searched leader in 50 percent of the country’s ridings. His party went on to win with 54 percent of the vote. Similarly, Google said in May that search trends showed wide interest in British Prime Minister David Cameron’s Conservative Party prior to last year’s U.K. general election, while polls were showing the race was neck and neck. Ultimately, Cameron’s party won in an upset.”

Google’s live search data also predicted the result of the July 2015 Greek euro referendum (despite unclear exit polls), and did the same for both the Democratic and Republican parties during last week’s American New Hampshire primary elections.

The fact that real-time web searches hold advantages over traditional sources is not entirely surprising. For instance, we’ve heard anecdotally that many official opinion polls are conducted with households that have landlines, which eliminates many, if not all, young households. As the world becomes more connected, and demographics shift towards more tech-savvy individuals, it’s reasonable to expect that the most valuable data will be captured online.

Looking forward, we see myriad uses of this kind of data. From an investment standpoint, investors have already started to incorporate social media data to produce algorithmic trading indicators. However, the implications of real-time predictive data is not limited to finance and geopolitics. This data could have a significant impact on the deployment of various social service resources, particularly in emergency situations. For instance, Harvard scientists have already shown a promising predictive relationship between flu symptom searches and the spread of disease, thereby helping health experts direct vaccinations accordingly.

Finally, if the predictive qualities of real-time search data remain valid as the sample size increases, it’s incredible to think of the vast power — and value — that Google possesses. That said, Bloomberg notes the company “remains coy about the power of its ability to look into the future.” Simon Rogers, data editor of Google’s News Lab team, noted “We don’t make predictions, but I would say that the data is really interesting…. The data gives you incredible insight to the way people are thinking.” Very coy, indeed.

When we moved to Maine, the most common feedback we heard was “Great! Now you just have to make it through the winter.” The rationale underlying this commentary is not just that Maine is cold. Rather, the implication is that as one moves North, winter becomes increasingly psychologically difficult. While it’s true that we’ve endured some frigid days throughout our first winter in Maine, we are skeptical of the notion that moving north has some sort of inherent effect on our psychological state, and we’ve come across a couple of articles outlining research supporting our skepticism. First, Christian Jarrett wrote a compelling article for New York Magazine titled Why Your Brain Actually Works Better in Winter. From the article:

“Everyone knows how winter affects certain people: It lowers their mood, makes them more prone to depression, and, in some cases, slows their mind to a crawl. But scientists are coming to realize that this might not be quite right. A pair of new studies challenge many of the popular assumptions about the psychological effects of wintertime, suggesting that we should look at the season in a new, brighter light.”

One of those studies, published in Clinical Psychology Science, involved almost 35,000 U.S. adults and found no correlation between depression symptoms and winter months. The research, led by Auburn University at Montgomery psychology professor Steven LeBello, was summarized by noting that “depression was unrelated to latitude, season, or sunlight” and that “results do not support the validity of a seasonal modifier in major depression.” LeBello concluded that “the idea of seasonal depression may be strongly rooted in folk psychology, but it is not supported by objective data.”

Backing LeBello’s research hypothesis is a recent publication in Proceedings of the National Academy of Sciences by neuroscientist Christelle Meyer at the University of Liège in Belgium. The study, which measured participant feelings of alertness, emotional state, melatonin levels, and performance on psychological tasks throughout the four seasons, found that brain function was not diminished in winter months. These findings are further supported by a 2000 Applied Cognitive Psychology article where researchers from Norway’s University of Tromsø tested mental tasks on study participants in both the summer and winter. (For those not up to speed on their Norwegian geography, Tromsø is 180 miles north of the Arctic Circle. As a result, Tromsø receives almost no sunlight in the winter and almost no darkness in the summer). Given Tromsø’s locale, surely its residents would be most impacted by seasonal mood swings. However, the researchers found little evidence of seasonal cognitive effects, noting “despite the subjective feeling one may have that one is mentally sluggish in winter, our data do not lend empirical support to the intuitive claim.”

As it turns out, Tromsø is a hotbed of winter psychology research. Maclean’s Magazine recently ran an article titled Canada: A Nation of Winter Wusses about the softening of Canadian attitudes towards winter. The article profiles the work done by Kari Leibowtiz, a Ph.D. student at Stanford University who spent a year studying winter attitudes at the University of Tromsø. She relayed to Maclean’s that when she asked locals about the winter, most responded that it was “a) not a big deal, or b) they looked forward to the winter.”

Leibowitz explains this mindset by noting that despite the darkness, snow, and low temperatures, people in Tromsø refuse to hibernate. Instead, they get outside often: cross-country skiing on lit tracks, going for runs in snowstorms, and eating outside at restaurants with blankets and heat lamps. In her studies, Leibowitz found that a positive wintertime mindset was correlated with “life satisfaction, personal growth and positive emotion,” which was further supported by Kate Harkness, professor of psychology at Queen’s University, who highlighted to Maclean’s that “the more you talk about it being miserable in the winter, the less likely you are to go outside. It becomes a self-fulﬁlling prophecy.”

While we aren’t immune to down days in the winter, it’s important to remember that winter moodiness can just as easily be spring, summer, or fall moodiness. Based on the reading we’ve done this week, we remain committed to defending winter’s good name, and allowing people to feel low from time to time throughout the four seasons.

We are frequently asked about the difference in work between searching for an acquisition and managing the company post closing. Perhaps the largest difference is the grinding challenge of taking something from idea to implementation. We have no shortage of ideas, nor do our managers, but we also realize that true value creation comes from the day-to-day execution of grand strategy. In our experience thus far, implementing change can be an intermittent process.

Understanding the experiences others have with managing change brings us comfort and perspective. For instance, we recently read Onward: How Starbucks Fought for Its Life without Losing Its Soul by founder and CEO Howard Schultz, which highlighted Schultz’s experience coming back to the helm of Starbucks in the face of declining sales during the 2008 recession. As Starbucks devotees, the book had numerous takeaways, but a subsection about the development of VIA — Starbucks’ instant coffee platform, which launched in 2009 and by 2011 had $1 billion in worldwide sales — came with a great lesson in change management.

Initially conceived in 1989, Schultz was a strong advocate for bringing instant coffee into the Starbucks portfolio, noting that “Without a shred of doubt, I believed that the instant coffee Don had originally shared with me – and that our partners had worked so hard and so long to perfect – would change consumer behavior.”

To provide some perspective, Schultz is founder and CEO of an $83 billion company, which grew from one shop in Seattle in 1979 to operate over 23,000 stores worldwide, transforming our cultural landscape along the way. Given his long history of innovative success, one might assume that Schultz can simply bring new products to market whenever he pleases. However, that assumption would be incorrect. From the book:

“I was warned that instant coffee would destroy the integrity of our brand. Some even doubted I was behind it. ‘If Howard knew we were doing this, he’d stop the project!’ one partner in the field blurted out when he heard our plans to put our name on instant coffee. The doubt that permeated Starbucks’ partner population is hard to overstate.”

However, Schultz’s tenure as CEO gave him experience overcoming resistance, noting that the reaction to instant coffee was similar to feedback he received when expanding Starbucks in the 1970’s. Furthermore, Schultz understood that despite his seniority, it was his responsibility as a leader to gain buy-in for his idea:

“I’ve never bought into the notion that there is a single recipe for successful leadership. But I do think effective leaders share to two intertwined attributes: an unbridled level of confidence about where their organizations are headed, and the ability to bring people along. When it came to VIA, my conviction was already unparalleled; winning our partners’ confidence and enthusiasm was the greater challenge.”

As it turns out, Schultz’s change management experience is not unique. These dynamics have been widely studied by academics, and they have summarized the factors at play into tidy equations, the most popular of which is the Gleicher Formula for Change:

For us, these readings offer a broader perspective, notably that the challenges in implementing and overseeing change are not special, but rather something to be expected. No matter how personally excited we are about an idea, it’s important for us to expect — and prepare ourselves to overcome — resistance or hesitancy. Furthermore, we must understand that if any factor — “A”, “B”, or “D” — are absent or low, it’s very unlikely that a change initiative will overcome “X”. As leaders, it is incumbent on us to correctly identify factor “A” and articulate factors “B” and “D”, otherwise we are setting the stage for self-induced failure.