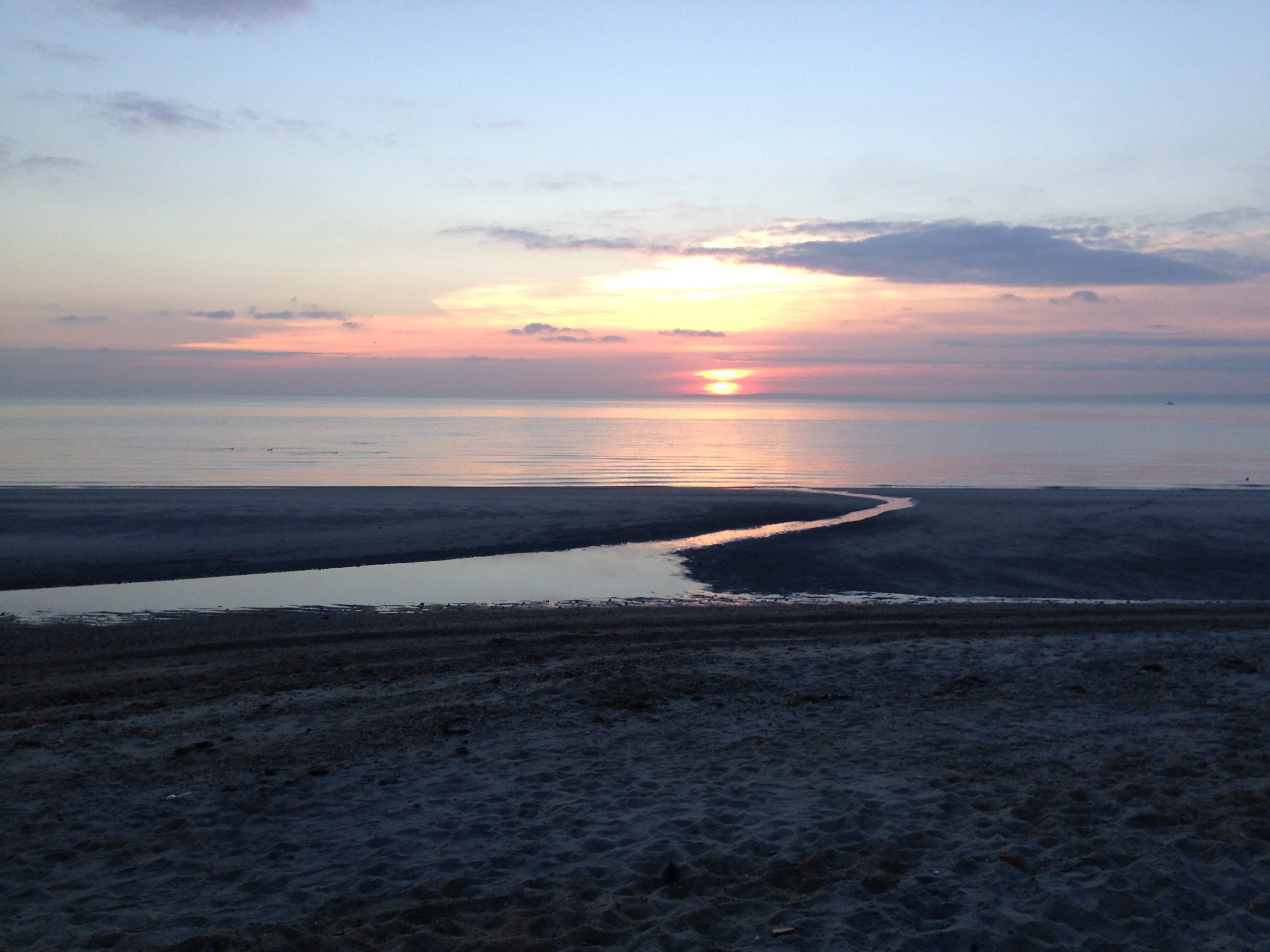 This week we came across a book by social psychologists Adam Galinksy and Maurice Schweitzer titled Friend and Foe: When to Cooperate, When to Compete, and How to Succeed at Both, which led us into thinking about the potential benefits of rivalry. First, Galinsky and Schweitzer argue that, despite our best efforts, social comparison is both inevitable, and closely tied to individual happiness. From New York Magazine:

“Galinsky and Schweitzer tell the story of a man named Scott Crabtree, who had dutifully climbed the corporate ladder at his company, steadily earning incremental raises. He was fine with this — until, that is, a just-out-of-college kid was hired and immediately began earning almost the exact same salary as him, a figure that had taken Crabtree decades to earn. The infuriating comparison made him so unhappy that he soon left the company, where he’d happily worked for many years. ‘We are hardwired to engage in comparisons,’ Schweitzer said in an interview with Science of Us. ‘That is, we can’t get away from it, and we’re doing it to try to make sense of our world. Do I make enough money? Do I need to update my kitchen? Do I need a new car? Are my kids doing well? It’s almost impossible to make those assessments objectively. So instead, we turn to comparisons.’“

Galinksy and Schweitzer argue that if unmanaged, social comparison can be the thief of joy. However, if managed properly, it can also be channeled into fuel for exceptional performance. The authors argue that rational individuals should accept the tendency towards social comparison as inevitable, and deliberately guide it towards productive outcomes. To expand upon this point, New York Magazine explains the work completed by Gavin Kilduff, professor at NYU’s Stern School of Business, who has conducted research that supports the notion that rivalry increases effort and performance:

“An analysis of competitive runners showed that they shaved more than four seconds per kilometer off their times when a rival was in the same race. In another study, Kilduff and colleagues found that NCAA basketball teams play stronger defense — a good measure of hustle — when competing against rivals.”

Galinksy and Schweitzer suggest that “when it comes to using social comparison to boost your own motivation…Seek favorable comparisons if you want to feel happier, and seek unfavorable comparisons if you want to push yourself harder.” We’ll be the first to admit that rivals – both real and perceived – have motivated us to go the extra mile when we otherwise might not have. However, we have a slightly different take regarding the creation of happiness via easy comparisons. While research demonstrates Olympic silver medalists are consistently less happy than bronze medalists because of their comparison baseline (gold medal vs. fourth place), we don’t necessarily support the notion that we’ll achieve authentic happiness by simply lowering our standards. After all, everyone knows that the gold medalists are the happiest of all.

We have written previously about the attractiveness of geographical niches as sources of excess return. Put simply, even though a simple bait and tackle shop has no competitive advantage in the traditional sense, such an establishment can earn outsized returns if it is located along the only access road to a popular fishing destination. In our mind, this dynamic can apply to all sorts of businesses with strong market positions in out-of-the-way locales. More broadly, what we are describing is a slight twist on the widely accepted notion of a competitive moat, a concept which we enjoyed reading more about this week.

Charlie Munger and Warren Buffett are, by a significant margin, the most well-known advocates of moat investing. Time and again they remind anyone willing to listen that intelligent company analysis is an exercise in moat evaluation. From Buffett via the 25iq blog:

“‘The key to investing is not assessing how much an industry is going to affect society, or how much it will grow, but rather determining the competitive advantage of any given company and, above all, the durability of that advantage. The products or services that have wide, sustainable moats around them are the ones that deliver rewards to investors.’”

Of course the other key to investing success is making sure to buy said moat at a reasonable price. The attractiveness of a moat can be made less so if the price of admission is too high. For instance, even if I did believe that 10 years from now Uber would be the dominant form of transportation, it may not be wise to buy in at the current valuation. As Oaktree’s Howard Marks highlights, again via the 25iq blog:

When evaluating potential acquisitions, we try to focus on industries or geographies where moats are more easily identifiable. We also try to focus on companies with a scale that translates to a reasonable purchase price given market supply and demand dynamics. However, we also recognize that the final piece of the puzzle is operational. As Munger himself has often noted, moats aren’t static. In a highly competitive world, any advantage can be eroded over time, which means that once owned, we must work like crazy to protect and enhance the moat we inherit. Time will tell if we are successful in those pursuits.

On April 3rd, we published a post entitled Ugly Fruit that highlighted the problem of food waste due to purely cosmetic reasons. In the post, we discussed the innovative way in which Intermarche, a large French grocery chain, created produce “bargain bins” of normally discarded, disfigured food hoping that the drastically reduced prices would force customers to reconsider their preconceptions regarding “ugly” – yet equally nutritious – fruit and veg. Intermarche’s test campaign was successful, and we concluded the post by applauding their willingness to try something different and create value out of something that traditionally didn’t have any.

This week, we were intrigued to learn that Doug Rauch, former president of Trader Joe’s, has taken Intermarche’s concept a step further, and in doing so, is helping to solve not one, but two food-related problems: food waste and food deserts. Rauch’s innovation is Daily Table, the first non-profit grocery store in America. Although it may not sound like much, the impact of the Dorchester, MA based store is noticeable. From a Reviewed.com article:

“The store sells food that other supermarkets would normally toss out—usually donated by distributors and farms that can’t find any takers—and offers it at incredibly low prices. A dozen eggs are right around $1. Frozen corn? A mere $0.39 per bag. Apples of all kinds cost $0.49 per pound.”

Food at cheap prices is great, but it is not the mission of Daily Table. Rather, Rauch is clear that his broader objective is “to give struggling neighborhoods access to the kind of nutrition that leads to better lives, at a fraction of the prices you’d find at other grocery stores.” That is why Daily Table doesn’t just retail groceries, it also has a large prepared foods division. According to Rauch, 50% of the store’s sales come from this segment–a ratio that doesn’t surprise him given the time constraints of his clientele. Again from the article:

“We’ve got baked pollock–seasoned or unseasoned–for $1.20, beef brisket for $2.35…For vegetarians, we’ve got curried chickpeas with rice, cream of mushroom soup. All our vegetable soups are $1.29. I’ve eaten these myself; they’re filling, and have been designed to provide the correct amount of protein, fiber, and other nutrients.”

For Rauch, Daily Table isn’t just a grocery store, but rather a way to introduce wellness into a neighborhood that needs it most. As he puts it, “I joke that we’re a healthcare initiative masquerading as a retail store.” We salute Rauch’s ambition, and admire the way in which he has taken garbage (literally) and used it to create multiple kinds of value for people in underserved areas.