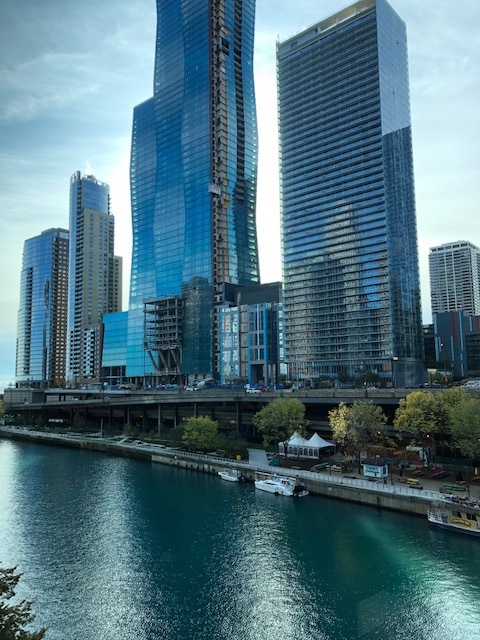 This week we dive deeper into a topic that has been of particular interest to us recently:

As we’ve recently embarked on our first foray into the world of recruiting, we’ve begun to think about how best to approach the task of finding high quality candidates. Throughout this process, we’ve struggled with the intellectual logic behind common approaches to candidate evaluation, which is to filter applicants based upon educational prestige (he went to Stanford!), basic educational metrics (she’s a double major with a 4.0 GPA!), some sort of shared experience (she played squash!), similar background (he’s from Canada!), or highly regarded experience (he worked at McKinsey!).

We struggle with this approach because we personally know plenty of people with incredible resumes that we would never want to hire. We also know plenty of high caliber people we’d love to hire that have huge resume gaps. Thinking through this conundrum caused us to question the reasoning behind commonly held recruiting beliefs, particularly that certain educational credentials are predictive of performance. Is there actually a correlation between a 1600 SAT and job performance? If so, how strong is it? Does a shared alma-mater mean anything about an applicant’s intelligence, persistence, or ethics? Are we simply using easy or readily available indicators to filter for capability and potential? These nagging questions led us to the evolving world of “robo-recruiting,” which uses big data analytics to create more objective recruiting processes.

Today, the majority of corporate recruiting involves filtering large numbers of resume submissions with either subjective criteria or crude metrics, followed by unstructured and uncoordinated interviews. Plenty of academic research demonstrates the limitations associated with this approach. For instance, research shows that a 4.0 GPA does not actually correlate with job performance. More concerningly, research also shows that personal biases based on gender, race, and age-associated stereotypes are widespread, which leads to homogenous workforces that stifle creativity and foster groupthink. The Atlantic explains:

“We may like to think that society has become more enlightened since those days, and in many ways it has, but our biases are mostly unconscious, and they can run surprisingly deep. Consider race. For a 2004 study called ‘Are Emily and Greg More Employable Than Lakisha and Jamal?,’ the economists Sendhil Mullainathan and Marianne Bertrand put white-sounding names (Emily Walsh, Greg Baker) or black-sounding names (Lakisha Washington, Jamal Jones) on similar fictitious résumés, which they then sent out to a variety of companies in Boston and Chicago. To get the same number of callbacks, they learned, they needed to either send out half again as many résumés with black names as those with white names, or add eight extra years of relevant work experience to the résumés with black names.”

Today’s methods not only dangerously enable structural discrimination, they are also largely ineffective in that they do not have a high hit rate of attracting long-term, engaged employees. According to a 2014 Corporate Executive Board Survey, nearly 25% of all new hires leave within a year, and Gallup reports that 50% of employees are “not engaged” with their work, creating significant drags on corporate profits and employee productivity.

The current approach to recruiting is actually fairly new. In post-war corporate America, intelligence and personality trait tests were widely used to screen applicants. As individuals were expected to stay with companies for decades, corporations had a vested interest in making as rigorous a decision as possible. The Atlantic explains:

“By the 1950s, it was not unusual for companies to spend days with young applicants for professional jobs, conducting a battery of tests, all with an eye toward corner-office potential….IQ tests, math tests, vocabulary tests, professional-aptitude tests, vocational-interest questionnaires, Rorschach tests, a host of other personality assessments, and even medical exams…all were used regularly by large companies in their quest to make the right hire.”

A mix of social and cultural forces caused many of these somewhat invasive approaches to wane, and since the 1980’s, recruiting has been primarily a subjective exercise. Peter Cappelli, Professor at the Wharton School of Management, summarized the current approach, saying “what’s surprising isn’t that companies are beginning to use more objective techniques to make personnel decisions. What’s surprising is that, for the last 20 years, they’ve been going with their gut.”

The limitations of today’s practices, combined with technological advances, has led to a thriving area in human resource management that aims to bring big data to corporate hiring and promotion. Enter the rapidly evolving world of “people analytics,” commonly referred to as “robo-recruiting” or more bluntly “Moneyball for HR.” As explained by The Washington Post, “what ‘moneyball’ did for baseball, people analytics promises to do for human resources, replacing intuition, old-boy networks and outmoded rules of thumb with computerized tests, database searches and quantifiable performance metrics.”

A growing number of startups promise to take a more robust approach to candidate evaluation, moving away from subjective measures to more objective, data-driven decision points. Providers claim they can provide more useful detail about a candidate’s innate abilities, leading to increased productivity and reduced turnover. From The Atlantic:

“Consider Knack, a tiny start-up based in Silicon Valley. Knack makes app-based video games, among them Dungeon Scrawl, a quest game requiring the player to navigate a maze and solve puzzles, and Wasabi Waiter, which involves delivering the right sushi to the right customer at an increasingly crowded happy hour. These games aren’t just for play: they’ve been designed by a team of neuroscientists, psychologists, and data scientists to suss out human potential. Play one of them for just 20 minutes, says Guy Halfteck, Knack’s founder, and you’ll generate several megabytes of data, exponentially more than what’s collected by the SAT or a personality test. How long you hesitate before taking every action, the sequence of actions you take, how you solve problems—all of these factors and many more are logged as you play, and then are used to analyze your creativity, your persistence, your capacity to learn quickly from mistakes, your ability to prioritize, and even your social intelligence and personality. The end result, Halfteck says, is a high-resolution portrait of your psyche and intellect, and an assessment of your potential as a leader or an innovator.”

Despite its Silicon Valley origins, traditional companies are starting to adopt these high tech approaches, and by extension, are changing the indicators by which they evaluate candidates. For example, after engaging with service provider Evolv, Xerox Services (which oversees corporate call centers) found that distance between home and work was strongly associated with employee engagement, and conversely, that previous experience (a factor the company had explicitly screened for in the past) had no bearing on productivity or retention. From an ROI perspective, initial results are impressive: Evolv reports clients typically reduce turnover by 15-20% while simultaneously improving productivity.

While it’s all well and good for companies to see improved ROI’s, the potential societal implications associated with robo-recruiting practices are significant. These practices use hard data to directly challenge conventional wisdom associated with the predictive quality of certain recruiting factors. For instance, many technology companies found that statistically speaking, university prestige has zero correlation with software writing success. The Washington Post expands upon other recruiting “truisms” that are being challenged by big data analytics, noting that “contrary to HR folk wisdom, there is no statistical reason not to hire a convicted felon, or a job hopper, or someone who doesn’t score well on general intelligence. Nor does it matter whether they are unemployed or how long they have been out of work. None of it correlates with turnover and job performance.”

As more companies use data to challenge long-held beliefs regarding talent sources, opportunity will open up for a larger group of candidates that would not otherwise succeed in the prevailing recruiting process. Over time, we expect this change will allow for professional opportunity based on intellectual and emotional capability, rather than educational pedigree, gender, race, or socioeconomic status. HR analytics company Knack recently highlighted a powerful case study of Anna, a 13 year old who lives on a small coconut farm in the Philippines. Practically speaking, Anna’s potential is greatly limited by her circumstances, not innate capabilities. However, when Anna played Knack’s games on a low-cost tablet that was shipped to her school, she placed in the 95th percentile or higher on “a unique set of traits and abilities that predict high academic and career potential.” Knack’s Founder, Guy Halfteck, noted, “uncovering Anna’s talents, and enabling her to learn and perform to her full potential will break the persistent cycle of poverty her family endured for generations. Unlocking the talents of the next Billion Minds will fundamentally alter life trajectories and economic outcomes.”

A note of caution is warranted. Despite the limitations of today’s approach to recruiting, the science backing big data methods are not fully developed, and to date, very little independent research has been conducted. Additionally, of the research that has been conducted, there is not always a solid understanding of why certain factors are more predictive of job performance than others. Lastly, it’s unlikely that data-driven recruiting processes should entirely replace human interaction in the interview process. Rather, we expect this software will be viewed as a useful tool to guard against biases and false indicators.

While we believe the field of robo-recruiting is still in its infancy, learning about this growing space is a welcome opportunity to challenge potential biases and inefficiencies in our own recruiting process. Going forward, we are eager to see if this technology will disrupt many of the widespread structural impediments prevalent in today’s corporate recruiting processes.