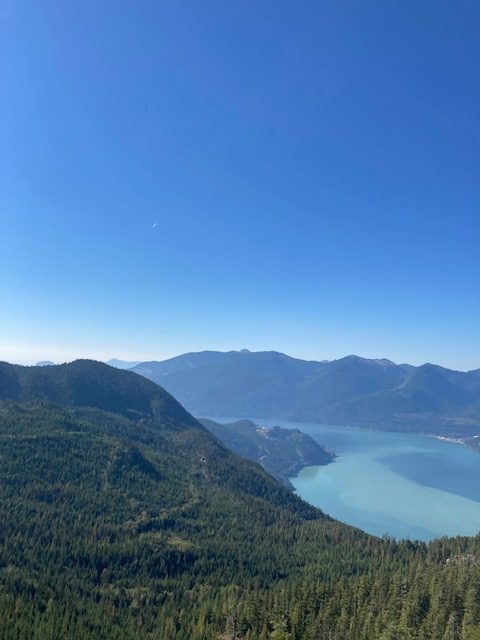 We are planning a trip to Boston and mentioned to our kids that on the trip, we might visit mom’s school.  The first reaction was great excitement and debate over whether or not mom’s school would have an awesome playground.  When we gave the bad news that we would not be going to mom’s elementary school, but rather a different type of big person school (where there was no playground) confusion abounded. The conversation went like this:

Kids: When did she go to this never-mentioned-before-mysterious school?

Kids: Was this before or after she was married?

Kids: What was the school called?

Kids: What did she learn at business school?

Kids: What can you do once you learn business stuff?

Parents: You can lead people, start companies and make (hopefully) some money.

Parents: Technically yes, he lived there, but he did not attend the school (you have to be specific with kids)

Kids: Why did mom have to go to school to learn business stuff but dad didn’t?

Business school made a lot of sense in our mid-twenties as the next step in our professional careers (i.e., we didn’t know what else to do).  It expanded our network, opened a lot of professional doors, and perhaps most important, gave us self-confidence in professional settings.  That said, it didn’t necessarily set us up for success in the small business realm.  That we had to learn on our own.

With some reflection, what’s interesting to us is that at business school, most career conversations were incredibly short-term focused (i.e., how much is the starting salary or signing bonus).  Most students go into the same socially and professionally safe fields – i.e., consulting and finance.  Almost no consideration was given to the true long-term opportunity of any given field.

On this topic, we enjoyed a recent two-part newsletter by Verdad Capital’s Dan Rasmussen titled, respectively, The MBA Indicator and Do MBAs Want to Be Billionaires?  Using almost 30 years of Wharton post-graduate employment data, Rasmussen argued that MBA professional choices tend to be “trendy and cyclical”.  From the article:

“Readers of the New York Times were surprised to read that “the rich are not who we think they are.” The rich are more likely to be owners of banal regional businesses than Wall Street bankers, white-shoe lawyers, and Silicon Valley software developers. A similar misconception seems to plague the decreasing number of newly minted MBA graduates, leading them to herd into fields with shiny reputations but lower likelihoods of creating great wealth…

….This analysis provides insight into the aspirations and preferences of our managerial elite, and, perhaps, provides a few ideas for the professionals who seek to profit by going against the grain. The disparity between MBA and billionaire industry populations allows us to see the cyclical nature of the tech sector, the preference of MBAs for private equity over hedge funds, and the significant underrepresentation of MBAs in traditional industries like manufacturing, real estate, and retail.”

You’d think MBAs would be motivated to maximize their personal financial outcomes – it is business school after all.  In theory, the most pragmatic approach would then be to say, hey, what industries have the richest business people? And then, they would do that.  Surprisingly, that’s not how it works.  As Verdad points out, MBA graduates seem to be easily swayed by market trends, professional social status, and short-term compensation. We’d also posit that counter-intuitively, most MBAs are risk averse – after all, getting a graduate degree from a good school is one of the professionally safest things one can do. Again, from Verdad:

“MBAs seem to be opting for careers well-suited for cocktail party conversation—venture capital pioneers, private equity visionaries, and healthcare innovators—instead of the careers chosen by those who have gone on to become the wealthiest people on the planet. It may not be sexy for Joseph Grendys to talk about his poultry processing empire in Illinois, but his massive wealth is probably compensation enough.”

Despite our business school experience, we have learned firsthand the amount of opportunity that can be found in “unpopular” industries.  We can also attest to the fact that nobody wants to talk with us about landscaping at cocktail parties except to condescend to us (which is why you wouldn’t find us at many cocktail parties).

As Warren Buffet said, “business schools reward difficult complex behavior more than simple behavior, but simple behavior is more effective.” For Chenmark and like-minded individuals, this is all great news.  We are simple people who see straightforward opportunity in the small business space and are perfectly fine if hoards of fancy MBAs seek careers elsewhere – we don’t want to compete with them anyways.  So, as will likely be as confusing to our kids as it is to us, the main thing we learned at business school was that if we do simply do the opposite of what the majority of our classmates do, we’re probably headed in the right direction in terms of maximizing commercial outcomes.