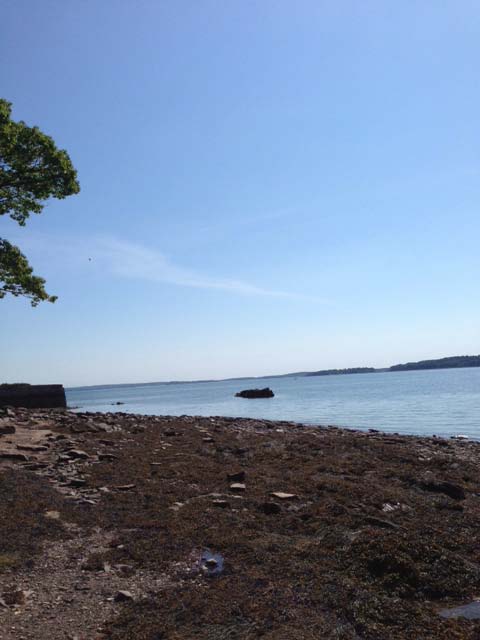 From time-to-time, we’ve been known to sneak out to Popham Beach for an afternoon of fun in the sun and on these trips, a Spikeball kit is often in the pile of beach gear. Since the Chenmark team loves to understand the business story behind the products and services that are part of our daily lives, we were keen to learn how the game we have spent hours playing went from a relatively obscure lawn and beach game to all the rage.

For those unfamiliar, Spikeball consists of two teams of two players each attempting to hit a ball onto a small circular trampoline while preventing a return from the opposing team (think volleyball with the net on the ground). The game was actually invented in the 1980’s by a toymaker and cartoonist who failed to patent his invention. The idea was revived when a group of buddies, led by Chris Ruder (now the CEO of Spikeball), had a blast playing the game on vacation, found out there was no patent on the product, pooled together $100,000 of equity capital, and got to work bringing Spikeball back to market. In 2015, the game received a boost in popularity when Ruder appeared on ABC’s Shark Tank where he struck a deal with Daymond John to sell 20% of the company for $500,000.

From a business perspective, the growth has been impressive. The game now has over one million engaged players and facilitates more than 350 tournaments across the country. Revenue has grown from $1 million in 2013 (when Ruder quit his day job to work on Spikeball full-time) to $13 million in 2016, and the company has appeared on the Inc 5000 fastest growing companies list twice (#139 in 2015 and #289 in 2016).

When we uncover business success stories like Spikeball, we always like to spend some time thinking about how they came to fruition, since at the outset, it seems fairly improbable a niche beach game would become a business school case study. Our reading this week allowed us to zero in on two key points. First, the team was action-oriented. Instead of spending countless hours deliberating over the perfect go-to-market strategy, they just took charge and made things happen. From a Forbes interview with Ruder:

“We hired the product design company that made the plastic toys for Happy Meals to make the game more solid and change the colors, and we built a website. I knew nothing about manufacturing overseas so we hired a U.S. rep who had a relationship with a factory in China. We’d meet at Starbucks, he’d bring me prototypes and I’d suggest changes.”

As for the price, instead of a detailed market pricing analysis, Ruder admitted that “we just threw a dart” around the $50 price point with the assumption that if they needed to reduce pricing to stimulate demand, they would, just like if they added additional features, they could increase the price. Simple is as simple does, we suppose.

Second, they held an unwavering belief in their vision for what Spikeball could become and were not tempted by short-term gains that were not aligned with that vision. For instance, it turns out that the much-lauded Shark Tank deal with Daymond actually fell apart behind the scenes due to differing visions about what the company should stand for. Ruder again:

“It never closed. Daymond had friends at Marvel Comics and they wanted to make a Spiderman Spikeball set. We consider Spikeball a sport. If we made a Spiderman-branded set, my fear was that people would think it was a toy. That cheapened the product for me. He knows a lot about licensing but that wasn’t in the playbook for us. I didn’t want to do a deal just for the sake of doing a deal. We didn’t need the money. There were no hard feelings. But our deal was dead before the show aired in May 2015.”

At Chenmark, we find inspiration in these types of stories and hope that we can embody a similar entrepreneurial spirit and authenticity going forward. It’s frequently tempting to do a bit more research before making a hard decision, to pursue a course of inaction on account of self-doubt, or to opt for a quick win that’s just a little bit at odds with our stated longer term goals. Our reading this week was a good reminder that we should be looking to promote thoughtful action and commitment to core principles throughout our business operations.