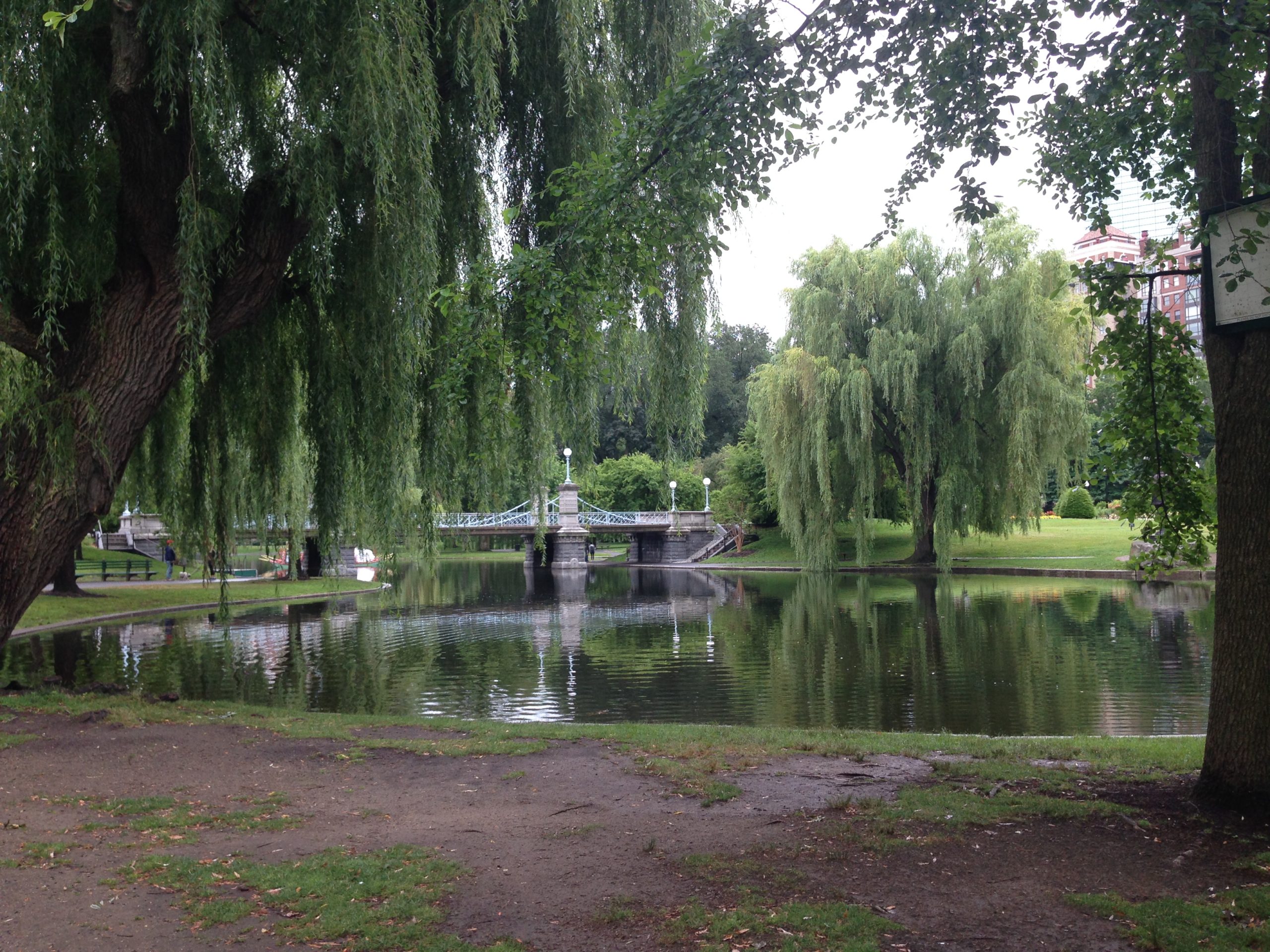 This week we learned about the Kauffman Foundation’s Index of Startup Activity, a recently released expansion of the original Kauffman Index, a comprehensive and highly regarded business creation metric. By providing granular detail on city, state, and national levels of startup activity, the updated index creates a valuable window into the latest trends in American entrepreneurialism.

For instance, we were surprised to learn that the state of Montana actually leads the nation in business creation, followed by Wyoming and North Dakota. Montana – where 540 out of every 100,000 residents starts a business each month (almost twice the national average) – has seen entrepreneurship levels bolstered by the shale oil boom. The New York Times explains:

“Kauffman’s data shows a heavy concentration of new business creation in the northern Mountain and Midwestern states. Why? Researchers point to the oil boom. The three states at the top of this year’s ranking — Montana, Wyoming and North Dakota — all touch the Bakken region, where a drilling frenzy brought a rush of development and thousands of new workers to once-sleepy towns, spawning entire industries. Oil- and gas-related start-ups are piling into the region, but so are restaurants, day care centers, breweries, equipment makers, clothing retailers, transportation businesses and an array of other ventures.”

While it’s unclear how the recent turn in oil prices will impact levels of entrepreneurial activity in these states, the findings are a compelling reminder that startup activity is not the exclusive domain of California based technology companies. In fact, the index ranked Silicon Valley 6th in metro area startup activity, trailing Austin, Miami, San Jose, Los Angeles, and Denver.

One of the other main takeaways from the report is that entrepreneurial activity is highly localized. For example, while the state of Florida ranked 9th in the nation, the metro areas of Miami and Orlando ranked 3rd and 33rd, respectively. The New York Times opined on the high levels of geographic variability in start-up activity:

“Why does entrepreneurship take root in some areas and not others? Local economic growth appears to play a big role, Kauffman’s research suggests. But those seeking answers cite both quantitative data and harder-to-measure intangibles. Ask Claire England, the executive director of the Central Texas Angel Network, about Austin’s entrepreneurial scene, and she rattles off a long list of advantages and resources, including low taxes, affordable real estate and a plethora of local investors, incubators, co-working spaces and mentors. But after a pause, she adds: ‘It’s just such a friendly, welcoming place, with such a creative spirit. People who come here are shocked by how collaborative everyone is.’”

During our travels throughout the country to meet with small business owners, we have experienced firsthand the tangible – and intangible – factors that contribute to entrepreneurial vigor in local economies. As such, we look forward to following developments in the Kauffman Foundation’s impressive work on American entrepreneurship.

This week we stumbled across a 2013 Harvard Business Review article forecasting disruption in management consulting. As a reminder, this $39 billion industry involves “sending smart outsiders into organizations for a finite period of time and asking them to recommend solutions for the most difficult problems confronting their clients.” The HBR authors – including well-known innovation strategist Clayton Christensen – argue that these businesses may have trouble preserving their value proposition in the future. From the article:

“Like most other professional services, consulting is highly opaque compared with manufacturing-based companies. The most prestigious firms have evolved into ‘solution shops’ whose recommendations are created in the black box of the team room. It’s incredibly difficult for clients to judge a consultancy’s performance in advance, because they are usually hiring the firm for specialized knowledge and capability that they themselves lack. It’s even hard to judge after a project has been completed, because so many external factors, including quality of execution, management transition, and the passage of time, influence the outcome of the consultants’ recommendations.”

As a substitute for measurable results, the authors argue that clients must “rely on brand, reputation, and social proof” (i.e., educational pedigree, eloquence, and demeanor), and that “price is often seen as a proxy for quality.” Interestingly, the authors point out that some of the characteristics that have held management consultants in such high regard are the exact characteristics that leave the industry vulnerable.

For example, as technological advances make information more widely available, firms are less able to shroud recommendations in the opacity of “proprietary” information. Separately, given the common “up-or-out” promotion model, there are now almost 50,000 “Big Three” alumnae, meaning that many high pedigree ex-consultants now work directly for corporations. As a result, traditional consulting clients are increasingly able to do strategic work in-house, using external firms much more sparingly. Finally, new companies are coming to market with a flexible, project-based – and lower cost – workforce staffed with ex-consultants. There is no doubt that these market dynamics are challenging traditional consulting business models. According to HBR, over the past 30 years, pure strategy work at management consulting firms has declined from over 60% of business to an estimated 20% of business today.

While corporations will always need help with complex, strategic problems, the authors argue that the overall industry will see increasing competition, stringent transparency requirements, service specialization, heightened pricing pressure, and eventually, consolidation. That said, top consulting firms have a history of using their primary asset –human capital – in agile and adaptive ways. We are interested to see how the leading consulting firms adapt to the competitive realities of this brave new world.

This week we spent some time reading about vertical farming, which some are citing as the future of agriculture. In the next 50 years, scientists predict that the human population will grow to 8.6 billion people. Meeting the food demand associated with this expansion will require an additional growing area “roughly the size of Brazil” according to Dickson Despommier, Professor of Environmental Health Sciences at Columbia University. Since actually planting an area the size of Brazil is unlikely at best, farms it seems, will have to grow up rather than out. From a recent article in The Atlantic:

“The future of farming is looking up—literally, and in more ways than one: There are grow towers, rooftops, and industry talk of Waterworld-style ‘plant factories’ in futuristic floating cities. And this vertical movement is happening for a variety of reasons. For one, by prioritizing localized operations, it offers a remedy to the mounting economic difficulties that independent farmers face when otherwise so easily underpriced by Big Ag. But more importantly, it’s rising out of environmental concerns—space, soil health, climate change, vital ecosystems decimated by monoculture.”

At the moment, most commercial vertical farming operations emphasize local production via rooftop farms in urban areas. While this has its benefits, it is clear that making a meaningful dent in global food production will require significant scale. Luckily, there are several companies tackling this engineering challenge all over the world. In Wyoming, a company called Bright Agrotech is using aquaponics and hydroponics in their ZipGrow towers which stand at 5 feet tall and triple production per square foot; in Indiana, Green Sense Farms is teaming up with Philips to create LED driven “light recipes” to shrink produce grow time to just two weeks; in Singapore, Sky Greens has broken ground on the world’s first low-carbon, hydraulic driven vertical farm; and in Japan, tech firm Shimizu has drawn up ambitious plans for a floating “plant factory” intended to be deployed in the Pacific Ocean.

While vertical farming is still in the early stages of development, we believe the massive potential impact of the technology bears watching closely. Highly localized, energy efficient food production in urban centers could revolutionize the way the world feeds itself, and could reduce the pressure on heavily farmed regions where resources are already stretched thin. We are excited to see what the future holds in this area.