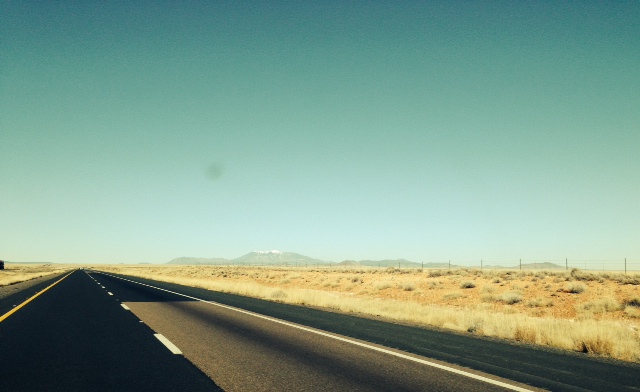 We have previously written about the rise of highly differentiated craft brewers, and this week one of our readers passed along an article about Toppling Goliath Brewery, a highly recognized, yet highly local brewer in Iowa. The company only produces 3,200 barrels a year, but that hasn’t stopped its beers from claiming high praise and notoriety in various blogs and consumer ratings (for reference, Boston Beer Company brews 2.7 million barrels, and AB Inbev pumps out 40 million barrels of Budweiser alone).

By any definition, Toppling Goliath is a micro-brewery. Yet, the aptly named business has found an innovative way to expand its reach by partnering with BrewHub, one of only a few “contract brewers” in America. By outsourcing their brewing, Toppling Goliath will be able to increase production to 15,000 barrels and add distribution into nearby states over the next 12 months. While this arrangement is similar to contract manufacturing, a staple in the OEM and industrial sectors, according to a Slate article, contract brewing accounts for only 1.7% of total beer production. It is unclear to us why this isn’t already more commonplace in the brewery market, but given the dramatic rise of craft brewers, it’s not hard to see why BrewHub, and others like it, are expanding aggressively:

“The initial cost of starting your own brewery can be intimidating—rent on a warehouse, large steel fermentation tanks, kegs, and forklifts are all expensive. Paying an existing brewery to make your beer for you means that aspiring brewers only need to raise $50,000, not $500,000, to realize their dreams.”

Two weeks ago we wrote a post on interdisciplinary thought (think man-with-hammer syndrome and solving poker), so it is fun to see a real world example of those principles at work. By borrowing outsourced manufacturing methods from a different industry, Toppling Goliath accomplishes two goals simultaneously. First, it can expand production and reach more consumers. Second, rather than worrying about production in house, management can focus squarely on building its brand by connecting with customers and working to create new innovative recipes. We tip our hats to Toppling Goliath Brewery, and look forward to seeing their beer on shelves near us.

This week we learned about Laszlo Bock, head of “people operations” at Google. There is no doubt that Bock—who has seen Google’s employee base grow from 3,000 in 2006 to 53,000 today—has unique insights into how to preserve culture whilst managing significant growth.

According to a Wall Street Journal article, Bock insists that “the way to make work better….is through transparency, goal setting, frequent performance reviews, and a less-hierarchical work structure that empowers employees to solve problems for themselves while encouraging them to critique their bosses just as often as they critique themselves and each other.”

We’re always interested in hearing how people put grand ideas into action. As such, we were intrigued by insights into Bock’s hiring process. From the WSJ:

“One thing Mr. Bock espouses is hiring by committee. The process requires that each interviewer ask a candidate job-appropriate questions derived from a list of standardized questions provided by Google. Subsequent interviewers must ask the same questions, so that the results of interviews can more easily be compared, ferreting out interviewer bias. It is simple but it makes a difference, says Mr. Bock, and it isn’t the norm at most organizations.”

Of course, a process is only as good as the people you put in the system. Therefore it’s not surprising that Bock emphasizes that “it’s essential that you hire the right people—smart, conscientious, and humble.” Bock elaborated on the importance of people in an October 2014 Forbes article:

“Summing up, Bock exhorted the recruiters in his audience to ‘never ever, ever compromise on quality. It’s toxic. If people see poor performers all around them, they decide they don’t need to work that hard. Your very best people will leave….’ Instead, Bock said, ‘give candidates a reason to join. We all want meaning. We all want to be happy and to enjoy freedom from want. Work for most people is a pretty mediocre experience. It doesn’t have to be.'”

As we take our ideas into action, we look forward to continuing to think through best practices in human resources and to reading Bock’s book – “Work Rules!” – which was released earlier this month.

This week we read an interesting article on the Small Business Labs blog about the conceptual evolution of work/life balance. As our world becomes more technology driven, participants in the knowledge economy increasingly desire some control over “when, where, and how they work.” What results is a situation where “the traditional demarcation between work and home is going away. Replacing it is a new normal where work, home and life are much more seamlessly blended.”

Harvard Business Review also picked up on this topic using Marissa Mayer as an example. The article noted, “Marissa Mayer, CEO of Yahoo, came under scrutiny when she returned to work soon after the birth of her son. She managed being a mom and a CEO in a way that was personally right for her. Like Mayer, one should take a holistic perspective, thinking of one’s career as an integral part of life, rather than a separate and obligatory activity. To help eliminate ‘negative spillover’ from work into home life or vice-versa, we should put everything in the same container and create a coherent narrative…“

This concept resonated with us because it is a topic that comes up frequently when we discuss our management of Chenmark with others. We are often asked about our hours or what our workday looks like. While these are completely valid questions, we tend to view our work not as something that can be toggled “on” or “off” and tracked via hours. Instead, we view work as an important component part of our lifestyle, something that seamlessly integrates with other things we enjoy. Functionally, this means that we end up working in short-to-medium sized bursts seven days a week. That said, these bursts are usually interspersed with other activities which often produce some of our best thinking. While we may be on a conference call or brushing up a model on Sunday morning, we may also be working out at two in the afternoon on a Wednesday.

All in, we have found this arrangement contributes greatly to both our productivity and general well-being. By treating work as an essential part of normal life, we believe we will ensure our effectiveness as analysts and investors for the long term.