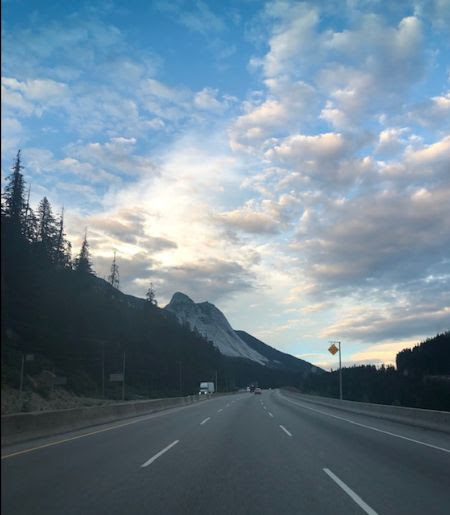 Insights into our week

One of the Chenmark companies is located in Western Canada, and since the US/Canada border recently opened to non-essential travel, we took the opportunity to travel North to visit the team.

It’s been a while, but our normal routine is to drive down to Boston, fly from Boston to Toronto, and then to Kelowna (interior of British Columbia).  Our company is about an hour drive from there. It’s a trek, but it’s worth it.  We had heard of travel delays due to post-COVID labor shortages, but the trip started out well enough with an uneventful two-hour drive to Boston from Maine.

That is where the problems started.  Our flight from Boston was delayed 20 minutes, then 40 minutes, and then… 2 hours for unclear reasons.  Of course, we would miss our connection, so we got a new itinerary: Boston to Montreal, Montreal to Toronto, Toronto to Vancouver, scheduled to arrive at 9PM PST.  We would have to drive from Vancouver (a 5-hour drive).  We successfully made it to Montreal, and then to Toronto, but the last leg was delayed (again for unknown reasons) 20 minutes, then 40 minutes… and then, 4 hours.  Three $20 mediocre sandwiches for dinner later, we departed— in the middle seat at the back of the full airplane—and arrived in Vancouver at 1AM PST.  We were tired.

The next day, we embarked on a typically beautiful drive from Vancouver to Kelowna.  We got food for the car and stopped at Dairy Queen for a dipped cone (Chenmark tradition on road trips).  We listened to music and enjoyed the natural beauty.

We got about halfway following the main highway (the Coquihalla) only to be abruptly stopped at the peak of a mountain overpass.  An aggressive wildfire had jumped the highway, and the road was closed indefinitely, forcing us to retreat back down the overpass and, fueled by Diet Coke, very slowly make our way to our destination on a windy two-lane connector with very limited visibility due to wildfire smoke.  Our windshield wiper also broke, so we had to stop frequently to wash the window off with bottled water so we could see through the ash accumulations.  We arrived at our destination at 1AM PST. We were still tired. 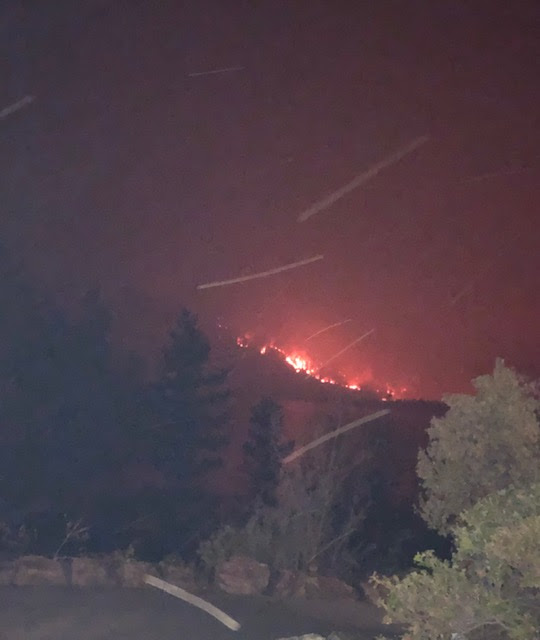 Now (finally) at our destination, our trip was fantastic.  We met with our team and saw the improvements we’ve heard about – but not seen – since COVID started.  We also spent time with some new friends of Chenmark in the area who we had not previously met in person. Our work was done and it was time to head home.

Unfortunately, toward the end of our trip, wind conditions in the area had kicked up wildfire smoke, causing cancellations at the regional airport. 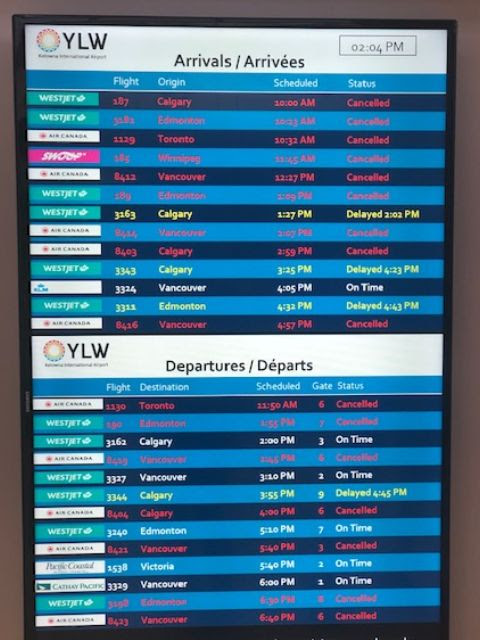 Our flight was one of those cancellations.  Knowing it could be days before flights ran again (and grandparents can only look after our kids for so long), we re-booked on a flight home out of Vancouver.  We got back in the car, got another dipped cone from DQ, and drove the 5 hours back to Vancouver, arriving at the airport hotel at midnight.  We were tired.

The flight out of Vancouver the next day departed on time, but of course, our final flight to Boston was delayed two hours forcing us to overnight in Boston once again.  At that point, we were resigned to expecting delays.  Some of us had Starbucks for breakfast, lunch, and dinner, while others had crackers, hummus, and a questionable turkey sandwich.  We all hit our international data roaming limits.

Reflecting on our trip, we were struck that our travels have parallels with our experience in small business. Crazy, unexpected things happen, and there are many detours, but at the end of the day, we still find a way to arrive at our destination.  And when we are there, we make it count.

The second thing is that despite the problems, we actually had a pretty good time.  We genuinely enjoyed each other’s company, and we just laughed at the comedy of errors that we were experiencing.  Nobody freaked out.  We accepted the situation as it came and did our best to work the problem.  Yes, it was a memorable trip, but honestly, years from now, we’re probably more likely to remember laughing in the car at midnight more than anything else.  It just goes to show the importance of having a good team to help you paddle.