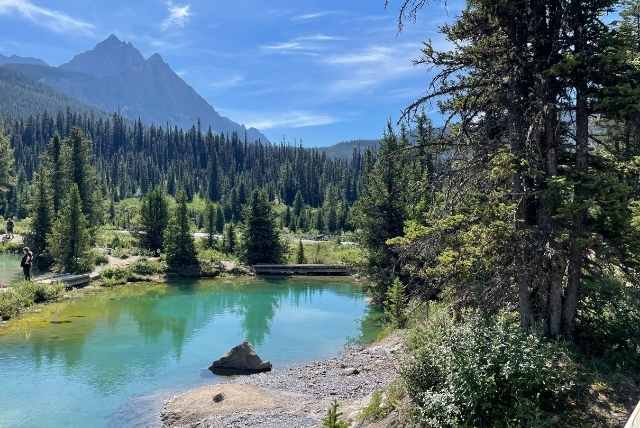 We recently read Turn the Ship Around: A True Story of Turning Followers Into Leaders by retired U.S. Navy Captain David Marquet.  The book, which Fortune called “the best how-to manuals for managers anywhere on delegation, training, and driving flawless execution”, outlines Marquet’s journey taking the Santa Fe, a nuclear-powered submarine, from the worst in the US Navy fleet to the best by challenging the military’s traditional leader-follower management approach.

In our business experience, change often takes the shape of two steps forward, one step back (and the lived experience often can feel like one step forward, two steps back).  What we liked best about the book is how Marquet candidly outlines the stumbling blocks he faced while in the midst of transformational change.

One such stumbling block was when one of the crew went AWOL (specifically, saying “f*ck this shit” and leaving the boat) after being prescribed a watch schedule that resulted in no sleep for thirty-six hours.  To make matters worse, Marquet found that the supervisor in charge wasn’t even on the watch bill (i.e, he had let one of his crew go for 36 hours without sleep while not taking a rotation himself — not a good look).  Marquet reflects on the situation:

“The behavior of the chiefs was totally baffling to me.  After two months under my command, how could they not get what we were trying to do? I’d given them much greater authority with Chiefs in Charge; they’d helped me write the guiding principles; they’d heard me talk a hundred times about how we were going to run things on Santa Fe. It seemed as if there were some evil force that was pushing against us and kept people in the same old way of thinking.”

We admit to sometimes feeling the same way.  We will have a great strategic meeting, and then a long-standing employee will ask a basic question that shows a lack of conceptual understanding of the Chenmark model.  Despite being incented to provide free cash flow, a leader will trade off profits in search of top-line growth.  An employee will make disappointing behavioral decisions despite hours of coaching on how to approach situations differently.  It all makes our shoulders sag and wonder what we’re doing wrong.  Thankfully, Marquet has some insights:

“What I realized, however, is the need for a relentless, consistent repetition of the message… repeat the same message day after day, meeting after meeting, event after event. Sound redundant, repetitive, and boring. But what’s the alternative? Changing the message? That results in confusion and a lack of direction…. when you bring in something new, something that has never been seen before, you can talk about it and some will get it. On Santa Fe, we did have some chiefs who got it immediately… some would get it soon; others would take longer.  I discovered that what happens when you explain a change is that the crew hears what you say, but they are thinking, ‘Oh yeah, I know what he’s talking about…’ They hear and think they know what you mean, but they don’t.  They’ve never had a picture of what you are talking about. They can’t see in their imagination how it works.  They are not being intentionally deceitful; they just are not picturing what you are picturing.”

We used to joke that one of our previous bosses sounded like a broken record because he gave the same speech — often with the same jokes told with the same timing — to every audience.  Now, with some perspective, we realize he knew something that we are just learning — that communicating a message takes persistent repetition.  Explaining the Chenmark model only during onboarding or talking about our values once a year in an email simply isn’t enough.  Although we know all of the content inherently, others simply won’t, and being frustrated otherwise is a naive reaction.  The book is a great reminder that consistent, repetitive, and even boring, communication is a key to success.