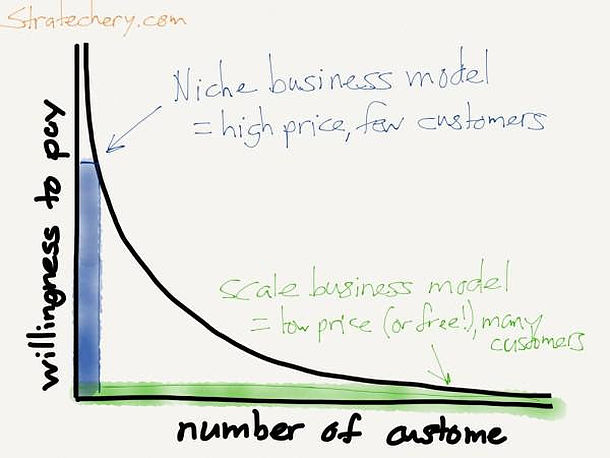 This week marks the first anniversary of Weekly Thoughts. To celebrate, we each selected our favorite “thought” from the past year for republication below. We thank you for your interest and look forward to continuing to deliver what we hope is interesting content in the weeks and months to come.

This week we stumbled upon an older article on the Oddball Stocks blog which focused on the source of abnormal returns for value oriented investors. The author notes that in the absence of net nets (companies trading below net working capital, the pursuit of which made Ben Graham famous), most modern investors look to acquire all or a portion of quality businesses at reasonable prices with the hope that the business will leverage its competitive moat to compound at high rates over the long term.

However, the author then notes that there are many ordinary businesses that are able to generate high returns on capital despite their plain vanilla nature. From the article:

“There are plenty of ordinary businesses that earn abnormal returns as well. Why aren’t there competitors reducing the abnormal return down to an economic return? Consider an example, a bait and tackle shop on the only access road to a state park with a nice lake. The shop has no pricing power over suppliers, has a low barrier to entry, and doesn’t even require specialized skills. Yet the location of the shop, being the only one on a specific road allows it to charge a bit more and earn above average returns. The bait shop has a small niche, serving fishermen at the local state park, yet they don’t have any classic competitive advantages; there are many businesses like this.”

The main differentiator between a lake-side tackle business and a serious competitive moat business (think Coke, Gieco, or any other long-time Berkshire Hathaway holding) is scalability. The chance that the tackle shop finds quality growth investment opportunities is extremely low. This means it has limited ability to expand its franchise over time and thus, viewed in isolation, it has limited appeal to a traditional investor base.

Our perspective is different. A business in an overlooked niche that generates consistent cash flow above reinvestment requirements looks to us more like a valuable source of investment capital, so long as we are willing to take a portfolio perspective and pursue reinvestment opportunities outside the original company’s scope of business. The fact that such opportunities seem to be available at a discount to market multiples is simply an additional bonus.

As the author mentioned in the article, “you’ll never wow anyone at a party announcing you own shares of a tiny plastics manufacturer, or a family held leather boot company,” but we believe a portfolio of such businesses, prudent management, and patience could combine over time to be something worth talking about.

Last week we spent time discussing the potential value of well performing niche businesses that are overlooked due to their lack of scalability. We spent more time reading about the concept this week as we believe there is a broader story to tell.

In a post on his Stratechery blog, Ben Thompson notes that many analysts, particularly in the technology sector, are conditioned to think at scale. “Can it Scale?,” is the impulsive first question when anyone hears of a new product or service. Certainly scale has its merits, but there is actually another viable business model for new products or services. While companies like Amazon or Facebook are the poster children for a scale-based business model oriented around charging low prices to a large audience, a niche business model that charges higher prices to fewer customers for a highly desirable product can also achieve success. Represented graphically, the distinction between these two business models with respect to customer base looks like this: The New Yorker recently published an article highlighting craft breweries as a wonderful example of the niche business model in action. From the article by Tim Wu:

“Consider the story of craft beer. Large-scale breweries destroyed their smaller rivals in the twentieth century because they were able mass produce the stuff for cheaper (reaching wholesale prices of about fifty cents a beer or less) and because their fat margins allowed them to pay for things such as television advertising…

But the small breweries came back. Their beers were not better advertised and certainly not better priced. Rather, the crafts went after an enormous blind spot for the big breweries—namely, flavor. I don’t entirely mean to be snide; more precisely, craft beer succeeded by opting not to compete directly, instead pursuing what can be called a ‘true differentiation’ strategy. That means they established a product that, in the mind of the consumer, is markedly and undeniably different (as opposed to ‘false differentiation,’ which is more or less the same thing with different packaging). True differentiation, if it works, actually changes consumer preferences. The dedicated craft-beer drinker, once he’s hooked, no longer cares if Coors Light costs three dollars less.”

From an investment perspective, the concern with niche businesses is that while they may operate effectively, their growth prospects may be limited. There are exceptions—one could argue that Apple has always followed a true differentiation strategy even though it now has many imitators—but overall, for every Sam Adams that achieves national acclaim, there are many more microbreweries known only to those in the region immediately surrounding the facility.

While a company can do just fine sticking to its small niche, we increasingly believe that technology, specifically the internet, is slowly eroding the growth barrier for these types of businesses. Moreover, as Tim Wu noted in the New Yorker, the creativity and reinvention implied by increased pursuit of truly differentiated products and services “is a cause for great optimism” about the long term health of the economy. We fully endorse this trend and hope to play our small part in its evolution.

This week we stumbled upon a few articles which highlighted the potential benefits of stupidity. While most people (ourselves included) intuitively grasp the concept that understanding and effectiveness in any field are strongly correlated with the amount of knowledge one is able to acquire on the topic, there are exceptions to this rule, particularly when considering innovative and creative processes. Natalie Portman, for example, noted in her 2015 Harvard University Commencement Speech that her complete ignorance has lead to some of her best work as an actress either because she didn’t realize the extent of the challenge she was taking on, or because she wasn’t burdened by a preconceived notion of the way things were supposed to be. From her speech:

“I know a famous violinist that told me that he can’t compose because he knows too many pieces so when he starts thinking of a note, an existing piece immediately comes to mind. Just starting out, one of your greatest strengths is not knowing how things are suppose to be. You can compose freely because your mind isn’t cluttered with too many pieces and you don’t take for granted the way things are. The only way you know how to do things are your own way.”

Portman highlights a kind of obliviousness that one frequently observes in people who achieve success early in their careers. In lacking an understanding of the struggles others face, these people feel freer to perform. But this type of “unknown” ignorance doesn’t tell the whole story. The other option, of course, is to pursue stupidity proactively by consciously seeking out new activities, research projects, or ideas in which one has little preexisting knowledge or experience. An excellent article in the Journal of Cell Science by Martin Schwartz picked up on this topic as it relates to PhD research:

“I don’t think students are made to understand how hard it is to do research. And how very, very hard it is to do important research. It’s a lot harder than taking even very demanding courses. What makes it difficult is that research is immersion in the unknown. We just don’t know what we’re doing. We can’t be sure whether we’re asking the right question or doing the right experiment until we get the answer or the result…

…The crucial lesson was that the scope of things I didn’t know wasn’t merely vast; it was, for all practical purposes, infinite. That realization, instead of being discouraging, was liberating. If our ignorance is infinite, the only possible course of action is to muddle through as best we can.”

While this notion of muddling through difficult problems with ambiguous end points is crucially important, it certainly isn’t covered in more elementary education where the emphasis is placed more on learning and regurgitating facts. Moreover, since the whole concept of intelligence and academic success is based on having all the answers, students are often discouraged from pursuing fields of inquiry where the opposite might be true. Again from the Schwartz article:

“We don’t do a good enough job of teaching our students how to be productively stupid – that is, if we don’t feel stupid it means we’re not really trying. I’m not talking about `relative stupidity’, in which the other students in the class actually read the material, think about it and ace the exam, whereas you don’t. I’m also not talking about bright people who might be working in areas that don’t match their talents. Science involves confronting our `absolute stupidity’. That kind of stupidity is an existential fact, inherent in our efforts to push our way into the unknown…

Productive stupidity means being ignorant by choice. Focusing on important questions puts us in the awkward position of being ignorant. One of the beautiful things about science is that it allows us to bumble along, getting it wrong time after time, and feel perfectly fine as long as we learn something each time….The more comfortable we become with being stupid, the deeper we will wade into the unknown and the more likely we are to make big discoveries.“

We think the benefits of this kind of “known” or purposeful stupidity apply to business settings just as well as they do to the research lab. In fact, the word “Chenmark,” while completely fictional, was chosen to be synonymous internally with taking the plunge into the unknown. While we fully admit to our own latent desire to be right and informed, we also seek to champion the active pursuit of new and diverse challenges, and we have named our firm accordingly.

99U, Journal of Cell Science