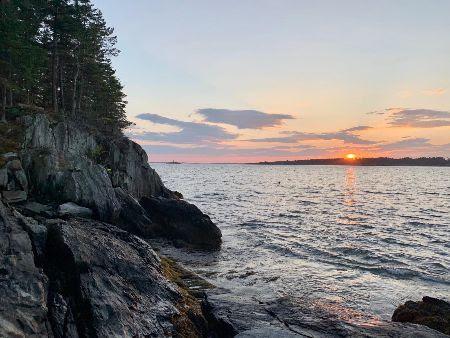 What We Learned About Capital Allocation at the Canucks Game

A repost from 2018 on pulling the goalie

We recently decided to pay down a large chunk of debt at one of our portfolio companies ahead of its scheduled amortization.  The company in question had a fantastic 2017 and generated significant excess free cash, which put us in the welcome position of having to determine the most prudent allocation of that capital.  Our options in this regard were relatively straightforward: we could (a) reinvest in our existing companies via capital expenditures or small tack-on acquisitions, (b) acquire other stand-alone companies, (c) pay down debt, or (d) return capital to shareholders.  From a pure return perspective, choices (a) and (b) are significantly more attractive at the current moment.  We typically try to underwrite standalone acquisitions to generate returns in excess of 20%, and while the supply is certainly limited, we have found reinvestment opportunities at several of our companies that offer even better prospects.  Why then, absent significant leverage or debt service concerns, would we even consider paying down debt whose current cost of carry is in the neighborhood of 5%?

We were thinking of this problem when we read AQR’s Cliff Asness and Aaron Brown’s recent paper about pulling the goalie in hockey.  While hockey is normally played with five skaters a side, many coaches will elect to pull their goalie when losing late in a game in order to put a sixth skater on the ice.  This improves the chances of scoring due to the extra man advantage but also leaves the net empty, thereby improving the opponent’s chance of scoring as well.  As the paper notes:

“The team that pulls its goalie nearly quadruples the probability of its opponent scoring, while not even doubling its own chance to score. But expected value of goals is not the appropriate criterion. What matters is expected number of standings points. A team down a goal with short time remaining gains a lot by scoring, and loses little if the other team scores as losing by two goals is no worse than losing by one (admittedly our model doesn’t consider pride!).  Perhaps the first lesson that we can apply outside of hockey is that sometimes what seems like the right criterion is, in fact, not, and selecting the right one can make an important difference.”

As Asness and Brown highlight, pulling the goalie “increases the volatility of number of goals scored” which, by extension, expands the range of outcomes for the game.  So, while the mean expectation actually moves against you (your opponent is more likely to score), you also increase potential exposure to a positive tail scenario (a miracle goal that ties the game).

At Chenmark, our debt repayment decision is governed by the same important observation about the distribution of outcomes around a particular forecast.  Clearly, the 5% return associated with de-leveraging is less attractive than the 20% offered by an acquisition.  However, leverage also has a volatility component.  It is a tool used to magnify the return and also the risk for equity holders.  Therefore, the amount of debt in a portfolio, or a company, is directly related to the size of the confidence interval around future cash flow estimates.

Unlike a hockey coach down a goal, we aren’t looking for desperation moves to realize a tail event.  If you are losing late in the third period, you implicitly hold an out of the money option and want volatility to increase.  Conversely, any success we have in producing consistent cash flow at Chenmark means that we have an interest in reducing the volatility associated with the returns we generate because we believe the durability and consistency of cash generation are as important as the scale of that cash generation in any given year.  So, while not optimal from a return perspective, selectively paying down debt gives us the best risk-adjusted chance to “win” over time.  Now if only we could figure out how to generate the business equivalent of a power play.