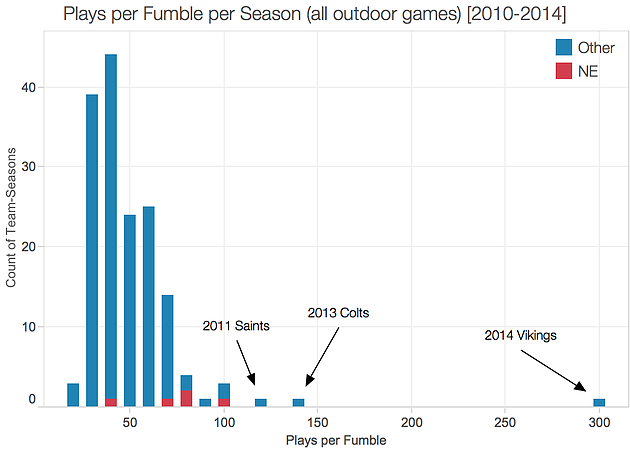 Here are three Super Bowl themed things that caught our eye this week:

“If you want to win forever, always compete.” That is Seattle Seahawks’ head coach Pete Carroll’s mantra, and it is an attitude that has garnered significant attention since the Seahawks’ come-from-behind victory over the Green Bay Packers sent them to the Super Bowl for the second time in as many years. On Sunday, the Seahawks will face off against the New England Patriots, and while there are seemingly endless enticing story-lines to choose from (Brady vs. Wilson, Seattle Defense vs. Patriots Offense, Gronkowski vs. Kam Chancellor) the most interesting to us is that of Pete Carroll.

Although universally recognized for his prowess as a college coach at USC, Carroll is also infamous for his two prior failures in the NFL with the Jets and Patriots. Many thought that Carroll was just not built to be successful at the pro level. His coaching style, after all, is strikingly different from that of any other coach in the history of the sport. Where the likes of Vince Lombardi, Bill Parcells and Bill Belichick are known for their gruff and stern demeanor, Carroll stands out as being energetic and nurturing. An article from Sports Illustrated’s MMQB states Carroll’s central coaching tenets as “the relentless competitiveness, the constant quest to identify and maximize the uniqueness of every player and coach, the commitment to a nurturing environment that allows people to be themselves while still being accountable to the team….”

For Carroll, competitiveness is key, and perhaps most important to his personal philosophy. Again from the article, “Competition for him is not a word, it’s a way of life. He just lives it, breathes it, every day.” He shows it by pitting the first string offense and defense against each other – something many coaches won’t even consider because of the risk of injury – and he preaches it by warning his players that competition does not stop with the end of the season. “If a guy’s not having the best off-season of his life, he’s going to get beat out, I think,” Carroll says “that’s kind of the way we roll.”

A competitive coach, even manically so, is not new to the NFL. What is new is the way in which Carroll approaches competition with his players. Rather than weeding out the unable or unwilling, Carroll views his job as a coach to bring out the best an athlete has to offer. His approach to competition is one of positivity and growth. In his own words:

“It basically comes down to taking care of the people in your program and making them the best they can be—not giving up on them and never failing to be there for them. They don’t even totally know that’s how we are with them, because we do it so completely.”

We admire Carroll’s “Win Forever” philosophy and believe, like he does, that it is more broadly applicable than just to the world of professional sports. Competition is everywhere, and over the past two years Carroll has proven that even in the most competitive of arenas, caring and support can reap bigger dividends than fear and intimidation.

Despite all their consistent success, when the New England Patriots take the field on Sunday night in Super Bowl XLIX, only two players, Tom Brady and Vince Wilfork, will remain from the team that last brought the Lombardi Trophy to New England in 2004. Obviously those are important players, but the larger take away for us is that New England has been able to remain at or near the top of the NFL despite a roster that has almost completely turned over since their last Super Bowl win.

There is a natural cycle to the success of most professional sports franchises. The team acquires a few essential superstars, loads up with accomplished role players, and makes a run at a championship while acknowledging that the franchise will be carrying a payroll that is unsustainable financially in the long term. After the championship window closes, the team invariably will have some lean years while they rebuild, and the cycle continues.

The Patriots, much like the NBA’s San Antonio Spurs, have managed to stay at the top by getting their superstars to buy into a team concept, and more importantly by maintaining a strict adherence to player value when evaluating talent. While Bill Belichick may get more press for his on-the-field coaching and his prickly demeanor, it is perhaps his success as a general manager that has had the largest impact on the Patriots’ consistency. The Wall Street Journal covered this notion in a recent article:

“To understand the essence of what Belichick has done in his 15 years with the Patriots, you must first look at his defense. Belichick was a pioneer, along with his former boss Bill Parcells, of the 3-4 defense. That’s three defensive linemen and four linebackers…Belichick brought that defense to New England and for some reason, the copycat NFL had yet to discover its effectiveness…The good news was it worked. The bad news was that it worked so well that everyone stole it.

The Patriots won three Super Bowls in a four-year span. The draft became a nightmare for Belichick. Five years after he started in New England, he estimated, up to 18 teams were using the system. So, then: ‘You go to the draft board and think, ‘Here’s a nose tackle. Who needs a nose tackle?’ Well eight teams in front of you need a nose tackle and there’s two nose tackles,’ he said.

Free agency became even harder. It was no longer cheap or easy for Belichick to get the players he needed. So he did something insane. He completely changed the system.

This is the football equivalent of Microsoft deciding in the mid-1990s that computers had become too expensive to produce or Frito-Lay deciding that the potato chip industry had become too crowded.

But this is Belichick. He employed the 4-3, the same scheme the rest of the league had just abandoned, and guess what? He found the cheap and great players there. New England kept winning and he’s swung back and forth a handful of times in the remaining decade. Whenever one system gets too costly, he jumps to the other.“

Last week we discussed the importance of capital allocation for several “outsider” CEO’s. We think of Bill Belichick in similar terms. Never afraid to cast off a veteran former first round pick in favor of a promising rookie off the practice squad, Bill Belichick constructs his roster with ruthless efficiency and is legendary for his focus on building the best 53-man team instead of concentrated top-end talent. Learning from this example, we hope that in time we too will be able to build lasting institutions where the whole is considerably better than that sum of its parts.

Like the rest of the nation, we have followed the New England Patriots “Deflategate” story with interest. While we’ll withhold comment on the specifics of the NFL’s investigation into the matter, the episode prompted a tangential exploration of the Patriots’ fumble rate which we found to be extremely relevant on a number of levels.

Controversy arose when noted football analyst Warren Sharp published research highlighting New England as having a disproportionately low fumble rate since 2007 when compared against other non-indoor teams. The thought was that the extent of the Patriots’ out performance in this area was evidence of psi-related indiscretions. This was the key chart from his analysis: While this graphic obviously looks pretty damning, other, admittedly New England based, data scientists quickly pointed out that eliminating indoor games (where better conditions logically produce fewer fumbles) rather than indoor teams (who only play half their annual games in the friendly confines of a dome) would be the better way to scrub the data. Moreover, using a histogram for presentation rather than a moving average would give a better appreciation for outliers should they occur. The resulting re-engineered data look like this: So while the Patriots have clearly been a regular top performer in this metric over the last five years, they only produced 3 of the 11 lowest per-season fumble rates in the league. Even still, conspiracy theories abound regarding the Patriots’ consistent performance.

Ignoring potential explanations like scheme changes on offense and coaching emphasis (we suspect Stevan Ridley could provide excellent color on how fumblers are treated in New England), this whole episode brings to mind an oft-cited statistical issue known as the Wyatt Earp Effect, named after the legendary lawman who survived a seemingly improbable number of gun battles. The problem with statistical analysis of outliers is that it often happens after the fact and is focused on one individual or set of circumstances happening in a specific way. A better question in a predictive sense is to ask how likely it is for any outlier to exist in a particular group. In finance, the analogy would be that Warren Buffett consistently compounding at 15% is extremely unlikely. However, the odds that anyone could have produced this track record are actually quite high.

The takeaway for us is two-fold. First, data is important, and looking at metrics like plays per fumble can surely help explain the New England Patriots’ recent success (or illicit behavior). However, while often convenient to claim that “numbers never lie,” statistics can clearly be manipulated to tell the story an analyst wants to hear. While using all the numerical and analytical tools at our disposal, we must be careful to ensure we are representing a clear picture of the issue at hand, and not inferring too much.

Enjoy the game and have a great week,