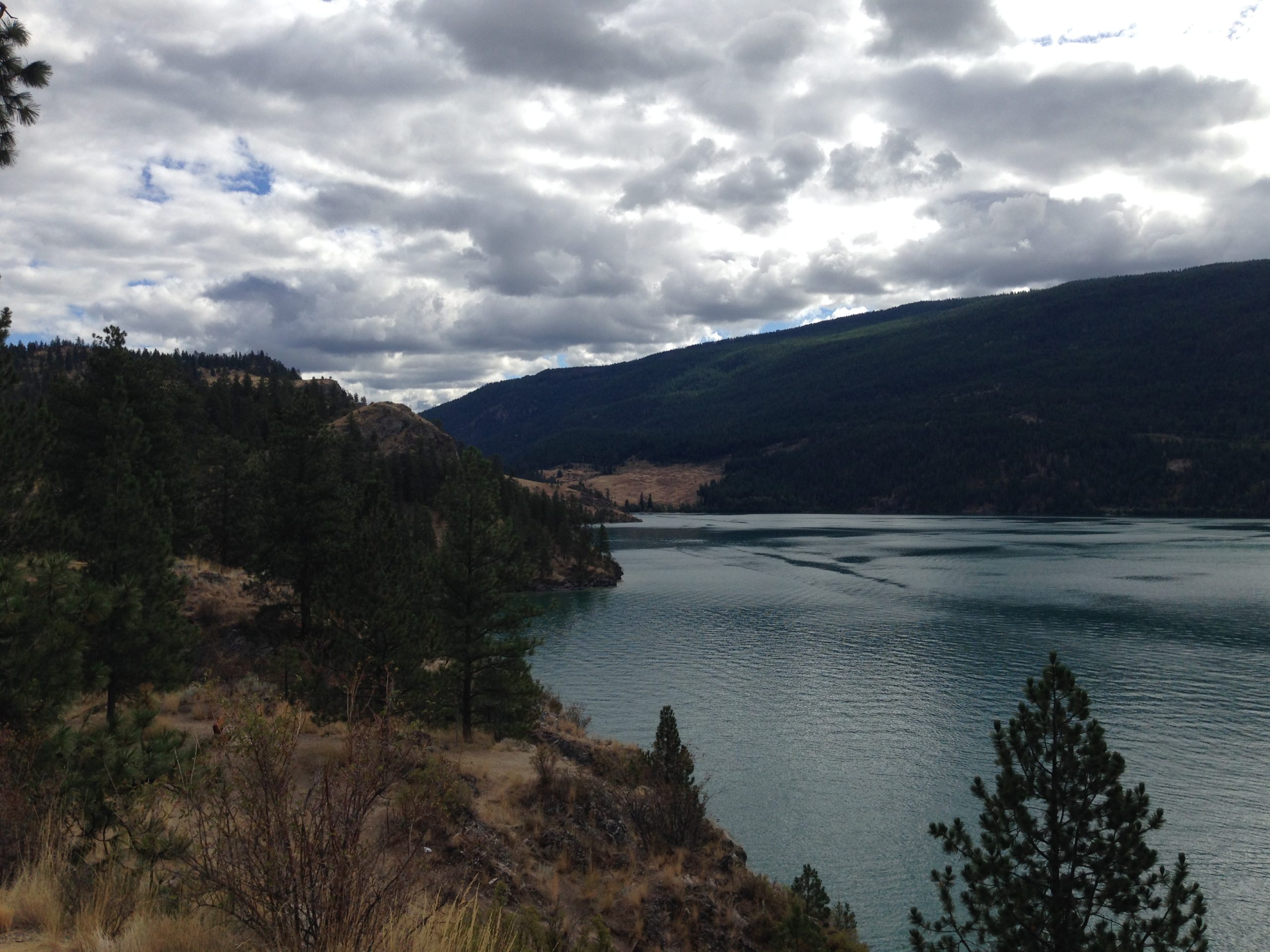 Your Brain on Shopping

Would you like to receive a 33% discount on your next coffee? How about 33% more, for free? Forget the discount, how about a cup for only $0.99? Better yet, what if I told you that the normal price is usually $1.25? If you are like the average consumer, you were tantalized by the offer of more for free, and jumped at the 99 cent bargain. Thanks to an Atlantic article we read this week, we know “this is your brain on shopping, and it’s not very smart.”

The first thing we were taught in economics class is that people are rational beings. This assumption, quite literally a founding pillar of traditional economics, assumes that at every decision point we pause to calculate — to the best of our ability — the cost-benefit of our actions against our overall utility. If that sounds exhausting, it probably is, and it’s also why we rarely do it. Instead, we revert to psychological and behavioral tendencies that, while irrational, manifest themselves in very predictable ways. Unfortunately, those in sales and marketing know all about our predisposed weaknesses as consumers, and they are adept at using them to their advantage.

Take, for instance, the findings of a Cornell School of Hotel Administration study concluding that prices listed without a currency sign (i.e. 54 vs. $54) lead to significantly higher sales. “Consumers tend to follow the path of least resistance. Expensive restaurants usually have minimalistic prices…because they want you to focus on the food and not the price,” says William Poundstone, author of Priceless: The Myth of Fair Value and How to Take Advantage of It; or consider a joint study by professors at Clark University and the University of Connecticut that showed sales do better when the reduced prices are written in smaller font. According to Vicki Morwitz, Research Professor of Marketing at the NYU Stern School of Business, “in our minds, physical magnitude is related to numerical magnitude.” These are just two examples of a vast array of behavioral idiosyncrasies that make us susceptible to marketing, and the root cause boils down to our inability to value anything in a vacuum. From The Atlantic:

“There are two broad reasons why these kind of tricks work. First: Consumers don’t know what the heck anything should cost, so we rely on parts of our brains that aren’t strictly quantitative. Second: Although humans spend in numbered dollars, we make decisions based on clues and half-thinking that amount to innumeracy….What’s a button-up shirt ‘worth’? What’s a cup of coffee ‘worth’? What’s a life insurance policy ‘worth’? Who knows! Most of us don’t. As a result, the shopping brain uses only what is knowable: visual clues, triggered emotions, comparisons, ratios, and a sense of bargain vs. rip-off.”

As consumers, we find it helpful to know the tricks being used against us in stores. As investors, the concepts of value and worth are ones we actively try to develop. In either case, knowing about, and internalizing the psychological tics that make us less than rational will hopefully lead us to be more adept in both areas. As The Atlantic article says, “We’re not stupid. Just susceptible.”

Last Thursday, we tuned in to watch the first GOP 2016 presidential campaign primary debate. As it turns out, we were not the only ones. The two hour Facebook/Fox News event drew an audience of 24 million people, making it the most watched non-sports cable program of all time, and three times more popular than the highest rated Republican debate during the 2012 presidential election. In fact, the debate was the ninth most viewed cable program in history, trailing eight college football bowl games, all of which were broadcast on ESPN.

Even the post-debate analysis and “undercard debate” opener (a debate between the seven lower-tier GOP candidates) hit programming records, with almost 11 million and 6 million viewers, respectively. In fact, the “undercard debate” viewership numbers made it the third-highest primary debate audience in the history of cable news.

Most credit the unexpected partnership between Facebook and Fox News for the event’s success, which combined Fox’s traditional conservative, mostly older, audience with Facebook’s more liberal, millennial user base. Additionally, the debate actively engaged social media, directly polling Facebook users for questions to pose to the candidates. Breitbart.com offered some insights into what drove the event’s popularity:

“The artful coalescing of TV, cable and social media strengths has just revolutionized media economics. Throw in real estate magnate billionaire Donald Trump–the GOP frontrunner, and a reality TV star with near-universal name recognition (certainly higher than any of his competitors)—being center stage and the target of high-profile aggressive (and, as some have argued, unfair) questioning, and this debate was a massive success for the number-one-rated cable news network in terms of ratings.”

Politics aside, we couldn’t help but wonder about the media economics, and how it differs from more traditional TV programming. While the viewership numbers are clearly impressive, including an equally impressive 8 million viewers in the highly coveted 24-54 demographic, it turns out that the production economics are even more staggeringly favorable. The debate cost only $500,000 to produce, meaning it got roughly 48 viewers per dollar spent. Compare that to popular network and cable shows like Game of Thrones (6.8 million average viewers, $6 million/episode), Breaking Bad (5.4 million, $3 million), and Big Bang Theory (18.3 million, $2 million), and the Fox/Facebook event quickly becomes more of a business and marketing case study than a political event. Regardless of your political affiliation, the record-breaking results of last Thursday’s debate are a great reminder that a fresh, creative approach can catapult even the most stereotypically stogy events into primetime spotlight.

This week we read an interesting study focused on the psychology of distance running. Specifically, researchers wanted to investigate what people think about while running with the hope that a better understanding of the mental processes associated with endurance athletics could improve training protocols or race-day performance.

While previous inquiries into this topic have utilized subjects’ ex-post descriptions of their state of mind, the team of scientists from this study equipped a group of ten runners actively training for an upcoming race with recording equipment so they could chronicle their thoughts in real time. The somewhat amusing conclusion from the collected recordings is that long distance runners tend to spend most of their time thinking about how miserable long distance running is. From a New York Magazine article describing the study, which was published in the International Journal of Sport and Exercise Psychology:

“..their thoughts focused on the here and now, things like their pace or their surroundings. But they also spent a lot of time thinking about how much everything hurt: ‘My hips are a little tight. I’m stiff, my feet, my ankles, just killing me this morning.’ ‘Hill, you’re a b*tch … it’s long and hot — God damn it, mother eff-er.’ ‘That sucked, but it’s going to be an awesome run on the way back.'”

While the prospect of spending four-ish hours concentrating on how much one’s feet hurt may be enough to dissuade those considering signing up for a marathon, the other interesting take-away from the study was that this collection of semi-serious runners had tapped into a mental strategy long utilized by high level endurance athletes of all types, namely the importance of staying present. From another New York Magazine article:

“…the elite athlete — the elite endurance athlete — the way they approach things like this is very, very different from the person who’s trying to finish a marathon in four hours to, you know, get a medal and go home…The elite endurance athletes are able to push themselves and get right at the physiological red line. The elite athlete uses his suffering to monitor how he feels. The non-elites tend to disassociate, to try to distract themselves. But the elite athletes tend to consciously focus on how they’re doing: what their legs are doing, how much the muscles in their legs are burning, how fast they’re running. So all these physiological signals that the average person would consider uncomfortable or painful, the elite athlete uses these to monitor himself.“

We found this fascinating not only because we have used many strategies for staying present in our own athletic pursuits (with varying degrees of success), but also because we think this type of mental model can also apply in a business setting. When work piles up and the stress level is high, we believe that the best way to keep performing at a high level is to focus on completing the present task at hand and not obsessing over all that is to come. If, as the saying goes, achieving business success is a marathon and not a sprint, then perhaps emulating elite distance runners is an equally good strategy for the board room and the race course.